Boeing ends contract with HAL over ‘poor quality’ of production 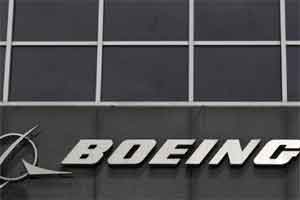 US defence major Boeing has terminated a contract with state-run Hindustan Aeronautics (HAL) for component supplies to the former’s war and commercial planes being inducted into the Indian Navy.

Boeing’s decision came after repeated reminders to HAL about its “poor quality” of production, sources said, adding that the US company’s move underlined the need for better strategies by India’s policymakers in order to bolster the order books of defence PSUs.

Boeing has over the last few years shifted its component sourcing requirements in India to private companies — Tata Group, Dynamatic Technologies, Rossell Techsys and others.

Under a $4.7-million contract signed with Boeing in 2010, HAL was to provide weapons bay doors for eight P-8I long-range maritime reconnaissance and anti-submarine warfare aircraft that the former would supply to the Indian Navy.

The contract with HAL for equipment for the P8I, through its avionics division in Hyderabad, was the first P-8I offset package that Boeing had directly executed with India’s largest aerospace company. In addition to its work on the P-8I programme, HAL was to also supply Boeing with gun bay doors and wire harnesses for the F/A-18E/F Super Hornet and uplock boxes for the 777 commercial airplane.

Boeing refused to comment for this story, while senior HAL officials said although “there were problems” (with the Boeing contract), these would be resolved.

“Boeing is already working with multiple companies in India to fulfil its commitments. We are actively working global sourcing strategies that can help make Boeing more competitive around the world, in addition to building India’s aerospace capabilities and meeting our offset commitments,” Dennis Swanson, vice-president of Boeing Defense, Space & Security (BDS) in India, had told FE in an interview earlier.

Industry sources have indicated that since 2014, Boeing has been expressing its dissatisfaction with HAL’s performance and has moved to other firms to meet its requirements. For instance, Dynamatic Technologies and Tata Advanced Materials (TAML) are delivering power and mission equipment cabinets for P-8I aircraft, and TAML is also on contract to provide P-8I auxiliary power unit door fairings. Dynamatic Technologies is on contract to manufacture the aft pylon and cargo ramp assemblies for Boeing’s CH-47F Chinook. Maini and TAL Manufacturing Solutions are on contract to provide C-17 ground support equipment to Boeing.

Boeing is interested in setting up a manufacturing base in India under the ‘Make in India’ programme. It has recently inked a framework agreement with Tata Advanced Systems to collaborate in aerospace and defence manufacturing and potential integrated systems development opportunities, including unmanned aerial vehicles.