In wake of Cobrapost sting op, CBDT has ordered an I-T dept investigation against a number of real estate… 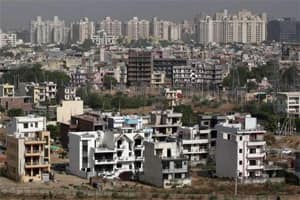 CBDT has ordered an Income Tax department investigation against a number of real estate developers who were recently shown by an investigative portal to be willing to accept alleged black money in property transactions.

The apex authority of the I-T department has asked its investigation units across the country to furnish to it reports of any action or probe conducted against the groups named by the portal in the past and in case such an action has not been done, the Central Board of Direct Taxes has ordered the same to be initiated.

“The CBDT has asked the investigation units of the I-T department that all these reports should reach it by the first fortnight of December,” a senior official said.

The investigation done by portal Cobrapost.com included many developers from the national capital region and those from other parts of the country including Mumbai.

While releasing the transcripts and video recordings of its investigation at a press conference here, the portal said that executives from these companies, including some CEOs and CMDs, were ready to accept anywhere between 10-80 per cent of the property value in black money.

While some companies had outrightly rejected the allegations that they accept black money in their property transactions, a few others had said that they have already taken action against the concerned executives.

The portal said that most of these executives expressed willingness to accept money abroad through hawala channels, including in Dubai, Bangkok, Singapore and the US.

The findings of this investigation, named ‘Operation Black Ninja’, have come at a time when the government is making all efforts to bring back unaccounted money stashed by Indian citizens abroad.