Big Data can drive India from ‘Cashful’ to ‘Cashless’

India’s demonetization drive is the largest ever undertaken anywhere in the world. 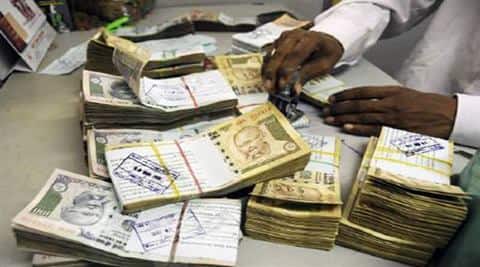 India’s demonetization drive is the largest ever undertaken anywhere in the world. The government’s intention is to mop up huge amounts of idle cash, much of it unaccounted and undeclared wealth and channelize it into the formal banking system thereby increasing liquidity, reducing inflation and of course, reducing the dependence on cash-only money.

What Prime Minister Modi definitely achieved was in military parlance referred to as ‘shock and awe’ – an outcome of the use of overwhelming power and spectacular displays of force to paralyze the enemy’s perception of the battlefield and destroy its will to fight. The success or failure of demonetization can be debated by both sides but that is only one part of the argument. The psychological effect of this is (and something of greater relevance) that the physical dependence on cash will reduce and India will march towards a more transparent, inclusive and cashless economy, which is most welcome.

‘Transparency’ is welcome and because herein lies the story of tax evasion, money laundering and a parallel economy which, according to economists could be almost 50% of the formal economy. So transparency should be seen in the light of India’s income tax collections. Only about 3% of Indians pay income tax (as per latest data released). As this number has slowly inched up, the total income tax collections have risen nine-fold to Rs 2.86 lakh crore in 2015-16, from Rs 31,764 crore in 2000-01. Compare this with the amount that has been put into the banks so far – between November 9 till November 17 (till when data is available) approximately Rs. 4 lakh crores were deposited with the government estimating that a total of Rs. 10 lakh crores will be deposited by December 30, 2016. That’s almost 4 times the annual income tax collections of 2015-16. Of course, this is not all black money and only some of this will go into the government’s coffers. But assuming even a 10% tax gain from this deposits results in the government netting in 1 lakh crores (or over US$ 14.5 billion) in tax income.

The demonetization exercise should actually be seen as an iceberg. Most of what is being reported is basis what is visible. But the core benefit lies in what will accrue over time – which brings me back to the issue of transparency. Going forward, the intended fallout is about the treasure trove of data that the government gleans from this exercise, which will enable it to widen the tax net. Assuming even if an additional 1 crore citizens are coming into the tax net, it has the potential of doubling the tax base and significantly increasing collections.

Big Data Analytics to the rescue!

Economists and other experts believe that the so-called ‘black cash’ represents only about 10% of the ‘black wealth’ of the country – the rest being invested in gold, property, business or offshore. So what happens to the 90%? That is the real story. That is what India’s tax sleuths will need to unearth while also tracking those who will continue generating black wealth. Can this be done? And if so, how?

One of the first things to enable this is the digitization of the economy, facilitated by a cashless economy linked to PAN and Aadhar cards of every Indian. This will be the foundation to enable the government to monitor money movement taking place within and outside India. In a digitised economy, every transaction will leave its own trail, however miniscule. Millions of transactions undertaken every day will therefore throw-up insightful data that will form the bulwark of information for the government to track.

This is where big data and analytics will come into play – helping form patterns that can be recorded and help identify activities that are suspicious and unscrupulous and reveal the profiles of those behind such transactions. Big data analysts and data scientists will link this emerging data with existing information already with the tax and other departments or relevant ministries including customs and excise, property registration bodies, courts, police and phone records, district authorities, utilities, net banking transactions (linked to digital wallets and credit cards) etc, unearthing even more data of relevance to highlight unorthodox or revealing financial insights. This will help identify not just individuals but also companies and other entities involved in tax evasion, money-laundering, identity thefts or other illegal / anti-national activities. For instance, then if a person is not filing the requisite tax or evading tax but their expenditure on their personal car, monthly utility bill or property ownership is very high the tax department will now be able to correlate this data using advanced analytics and nab the defaulter. At the same time such information will also enable them to work on enhancing services for the taxpayers and assist in resolving tax return refunds and customer service issues effectively.

To enable this and get the data mining underway, records will need to be digitised and interconnected between municipal authorities, law enforcement agencies, government agencies and ministries both at the centre and state – making for an impenetrable net of data and information. Much of this is already underway. Only once this is done will the true outcomes of the intended benefits of demonetisation actually start coming into play.

Indian Tax Agencies have already embarked on the Advanced Analytics project called “Project Insight”. Objective of this project is to develop a comprehensive platform for effective utilization of information to promote voluntary compliance, deter non-compliance and to impart confidence that all eligible people pay appropriate tax. Primarily this system will be used to widen and deepen tax base, detect fraud and leakage of revenue, support investigations and provide insights and inputs for policy making.

Digitisation and big data analytics will therefore make it more difficult to get away with under-declaration of wealth and income, help increase tax revenues and also plug existing loopholes in the system. The converse is also true – money launderers will become smarter and more sophisticated, using technology lawyers and accountants to hide their wealth. Nevertheless, things will be more difficult. As the saying goes – ‘when the tough get going, the going gets tough!’