Auction of marginal oil and gas fields may begin in February 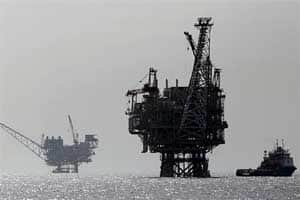 Levy of cess at the rate of 20% on domestically produced crude oil, calculated ad valorem, as against the present rate of Rs 4,500 per tonne, would disappoint the industry which was expecting it to be more in a range below 10%, given the bleak business environment outlook. (Reuters)

The much-awaited auction of 69 marginal oil and gas fields, which would usher in  the revenue-sharing model of contracts, is likely to commence in February.

Confirming the contours of the  new contract are being finalised, a senior petroleum ministry official told FE, “The exact date of auction would be decided at the highest level of government.” He added that whether all the 69 fields — with combined proved reserves of 88 million tonne of oil equivalent valued at around Rs 77,000 crore at current prices — would be put under hammer in one go or in batches is yet to be decided.

In September, in a bid to revive investments in the hydrocarbon sector, the Cabinet Committee on Economic Affairs (CCEA) decided to shift to revenue sharing model for contracts instead of the current system of cost-recovery while auctioning the marginal oil and gas fields.

The successful bidders of these fields would have the freedom to sell crude oil or natural gas at ‘market-determined prices,’ without any government interference. Moreover, unlike the current regime, the companies would be given the right to sell gas to any customer and not as per government-allocation policy. Other than crude oil and gas, the firms would be free to commercially exploit unconventional resources such as shale oil and gas, if they find any, in these fields.

“Generally, revenue sharing contracts have been more amenable for businesses where upfront costs and output are fairly ascertainable. However, in case of hydrocarbon discovery both costs and output are not ascertainable completely and the success of the exploration activity itself is a low probability event. Thus, there might be situations where in developers could incur higher-than-expected costs and thereafter the need to share a percent of the revenue with the government could lead to a longer payback or breakeven period, thus depressing project returns. Thus, investor interest could be cautious,” said India Ratings & Research director Salil Garg.

The present contracts under the New Exploration Licensing Policy (NELP) regime for oil and gas are based on production sharing contract (PSC) where government take depends on biddable sharing of profit petroleum after allowing for cost recovery.

The 69 fields include 63 given up by state-run ONGC and 6 abandoned by PSU Oil India. At the current crude oil price of around $45/barrel, the production of hydrocarbon from these fields would help India cut down imports to the tune of Rs 3,500 crore. The currently proved reserves in these fields stand at 88 million tonne of oil and oil equivalent.

The bidding would take place on two parameters — 80% of revenue sharing and 20% on appraisal and development wells. For the revenue sharing, the bidders would have to quote two rates — lower revenue point and higher revenue point, which would be determined based on production and price of the hydrocarbon. In simple terms, there would a revenue sharing matrix over the life cycle of the field, which would be directly proportionate to output levels and price. The government has not kept a fixed revenue share because it would not have protected Centre’s interest in case of any wind fall gains.

While there would be no cess charged from these fields, for crude oil production, royalty has been marked at 12.5% for onshore, 10% for shallow water and 5% for first seven years for deep and ultra deep water fields. For gas fields, the royalty rates have been decided at 10% for onshore and shallow water, while it would be 5% for deep and ultra deep water.

The contract would be for 20 years, which could be extended by another 10 years based on the life cycle of the fields. Of the 69 fields, 36 are offshore and another 33 are onshore fields.