As regulator TRAI firms up rules for ‘net neutrality’, telecom operators have suggested a licensing regime for over-the-top players like WhatsApp and Skype. 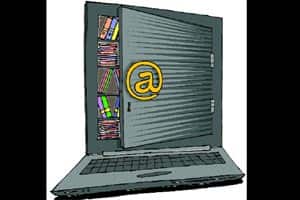 As regulator TRAI firms up rules for ‘net neutrality’, telecom operators have suggested a licensing regime for over-the-top players like WhatsApp and Skype.

However, technology service providers and individuals advocated for non-discriminatory access to internet.

The issue of net neutrality has been widely debated in the recent past, within and outside Parliament, and TRAI had received nearly 10 lakhs comments from individuals, service providers and their associations, among others.

As TRAI today made public all the comments received by it to a discussion paper floated last month, it showed that the support for ‘non-discriminatory and free internet’ largely came from individuals.

The Telecom Regulatory Authority of India (Trai) also came in for flak on social media for making public the names and email IDs of everyone who had submitted their comments. Its website also crashed due to a high high traffic flow.

TRAI Secretary Sudhir Gupta said there was a network issue from National Informatics Centre (NIC), which manages the website for most regulators and government departments, although a little-known entity claimed to have hacked into its website. The website was restored later in the evening, but continued to witness access problems.

TRAI had invited comments till April 24 on its Net Neutrality consultation paper, while ‘counter comments’ can be submitted till May 8 to the submissions made public today. An open house will be held subsequently.

When asked about privacy concerns because of TRAI making public the names and email IDs, Gupta said, “Whatever we have received, we have uploaded on the website.”

Responding to Trai’s paper, telecom operators said over the top (OTT) players like WhatsApp and Skype are the same as licenced telecom service providers except for the difference that instead of offering their services through their own networks, OTT players’ service medium is internet.

The ‘end user’ providers include apps prepared by the information dissemination websites, such as news and entertainment portals.

“There is a pressing need to find a fair regulatory and commercial solution especially for VOIP telephony services, which if not addressed could endanger the entire Digital India programme of the Government,” Vodafone India said in its comments.

However, Nasscom said the Information Technology Act is mandated to ensure this and believe there is no need for any additional regulations for content and services.

“Internet Platforms and Services communications do not require licensing. There are user led evaluation reports that helps consumers make an informed choice as they adopt internet platforms and services,” Nasscom said.

Telecom operators said they should be allowed to offer services based on mutual agreements with the OTT players.

“We fully support the concept of Net Neutrality. Equally we believe ‘Internet for All’ is a vital prerequisite in India given the low level of penetration. India therefore also needs Net Equality,” Airtel said.

Idea also said there should be “Same Service, Same Rules” so that all stakeholders are bound to offer same services under the same regulations and no one gets an undue advantage.

On OTT players impacting traditional revenue stream of telecom operators, Internet & Mobile Association of India (IAMAI) said it is not true that innovations of VoIP and text apps have affected the TSPs financial stability and available data, points to the contrary.

Nasscom also said it is of the firm view that internet platforms and applications need not be dragged into this equation.