As the going gets tough, here’s why real estate PE funds are shunning equity

Going by the number of transactions, private equity (PE) funds seem to be refinancing loans of developers rather than taking equity bets. 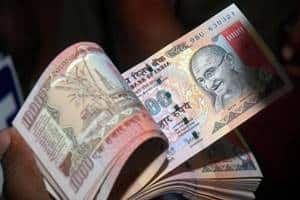 Meanwhile, equity flows in the commercial sector turned stronger, indicating that large investors were keen to look at equity positions again, although the right asset remained a key consideration.

Going by the number of transactions, private equity (PE) funds seem to be refinancing loans of developers rather than taking equity bets. The loans being refinanced have been accessed by builders either from banks or from non- banking financial institutions (NBFCs).

Over the past few months there have been several deals — Goldman Sachs has refinanced Nitesh Estates, Piramal Asset Management has funded TCG while Apollo has lent to Logix.

In most instances, the projects for which developers borrowed, have either not taken off or not performed in line with projections. The fresh debt from PE funds costs anywhere between 16% and 22%, according to sector experts, more than the 13% that banks charge.

But, as Ambar Maheshwari, CEO at Indiabulls Asset Management, points out, there are advantages to borrowing from PEs, even if it’s costlier. For one, bank loans are project-specific whereas PE money can be used by builders across projects. “This might be a more flexible option than construction- linked bank finance,” Maheshwari explains. Moreover, although PE funds negotiate a return they are more reasonable when it comes to repayments.

Market watchers point out that pure play equity deals are becoming rare in real estate with more than 80% of the funds coming in via mezzanine finance. Rajeev Bairathi, Director (Capital Markets), Knight Frank India points out that high cost debt is replacing cheaper bank loans on the presumption the tide will turn. “The transactions are taking place because investors believe the project is viable and that the setiment will improve,” Bairathi added. Analysts that FE reached out to were unwilling to bet on a recovery before 12 or even 18 months which is why some of the money could be at risk. As Sumeet Abrol, partner at Grant Thornton pointed out, both the saleability of the project and the creditworthiness of the companies are important. “If the bet does not pay off, PE funds may find themselves in the same position that banks find themselves in today,” Abrol added.

The amounts, however, are not always large. In a

Asset Management took over a R200 crore loan of the TCG Group that was given by Yes Bank.

In yet another deal, Apollo PE fund is believed to have invested in the Noida-based Logix. Again, the builder was able to pay back its lenders including ICICI Prudential and Reliance Capital. In another transaction, Piramal Fund Management lent Omkar Developers an amount of Rs 1,200 crore, some of which was used to retire debt.

PE funding had peaked last year, with more than 80% of the transactions structured as mezzanine debt. Market watchers say fund managers were apparently willing to bet on distressed developers who were reeling under a cash crunch but whose projects were believed to have latent potential. That trend seems to be strengthening this year, with funds continuing to lend to builders in trouble.

Over the past few months there have been several deals — Goldman Sachs has refinanced Nitesh Estates, Piramal Asset Management has funded TCG, while Apollo has lent to Logix
The fresh debt from PE funds costs anywhere in the range of 16-22%, more than the 13% that banks charge