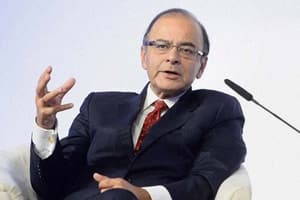 The NIIF would have various sector-specific or investor-specific close ended schemes (funds) and each fund may issue various classes of units. (PTI)

The second meeting of the Governing Council of National Investment and Infrastructure Fund (NIIF) was held under the chairmanship of Union Finance Minister Arun Jaitley today to review the status of actions taken for the operationalization of the NIIF and to provide the road map for further activities.

The council was apprised of the interactions that have been held with a large number of long-term investors, sovereign wealth funds, pension funds from across the globe, seeking to invest in the NIIF.

These include the discussions held during the India Investment Summit held earlier in February this year and during investment meetings led by the Finance Minister in Australia, United States and Japan.

They were informed of the follow-up action being taken for investments with some of these investors.

The progress of discussions to follow up on the MoUs with several investors such as ADIA from UAE, RUSNANO OJSC from Russia and Qatar Investment Authority, Qatar, were also placed before the members.

They also discussed the guidelines for investment of the corpus of NIIF including the Investment Policy.

The council was also apprised of the status of the various establishment activities of the NIIF since its last meeting held in December 2015.

These inter-alia included finalization of office spaces and other compliance activities.

It was also appraised of the refinement in the structure of NIIF carried out pursuant to discussions with the investors.

The NIIF would have various sector-specific or investor-specific close ended schemes (funds) and each fund may issue various classes of units.

The government along with other investors would subscribe to the units of various funds.

The members were informed that Financial Times (London) has adjudged NIIF as the Most Innovative structure in Asia Pacific under Finance category.

The status of projects shortlisted for initial investment by the NIIF and the selection process of Chief Executive Officer (CEO) of NIIF Ltd. were also placed before the council.

It was also informed that a core team has been put in place to carry-out the activities of the NIIF.