Any danger in 7th Pay Commission? Find out here

The implementation of the 7th Pay Commission’s recommendations will have no impact on the fiscal deficit in the current fiscal, as budgetary provisions are enough to meet the estimated outgo of Rs 60,400 crore in FY17, a senior official said. 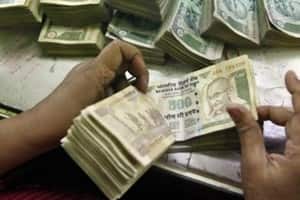 7th Pay Commission pay hike: As you plan your finances ahead with the added money flow, there is always a chance to be reckless with your spending and not thinking of the long-term possibilities the increased pay packet can give you if managed properly.

The implementation of the 7th Pay Commission’s recommendations will have no impact on the fiscal deficit in the current fiscal, as budgetary provisions are enough to meet the estimated outgo of Rs 60,400 crore in FY17, a senior official said.

With the government broadly accepting the pay- and pension-related recommendations of the Pay panel, over one crore central government staffers and pensioners will get an additional Rs 84,933 crore as recompense in FY17.

A finance ministry official on condition of anonymity said that while Budget FY17 did not provide any explicit provision for the Pay panel, some Rs 53,500 crore was built into the allocations to various ministries and Rs 20,500 crore in the rail budget.

“Most of the outgo related to general budget has been provided for in the Budget. Only a small amount (Rs 6,900 crore) will be required, which would be met from savings during the year from budget allocations (for various departments),” the official said. He, however, did not specify if these savings meant cuts in capital spending.

Every year, the government makes some savings due to the inability of many departments to spend their allocated budget. These savings are often reallocated to needy departments. The total spending budget for FY17 is Rs 19.78 lakh crore.

The Centre has set a target to bring down fiscal deficit to 3.5% of GDP in FY17, from 3.9% in FY16. Sources indicated that the tax revenue increase due to Pay panel award had been factored in when the Budget was made.

Separately, the railways will have to find another Rs 4,000 crore to meet the gap in budget provision for pay and salary revisions in FY17. It has provided for Rs 20,500 crore in this year’s rail budget for salary hike.

The total impact on account of revision in pay, allowances and pension would have been more, had the Centre accepted the recommendations related to allowances along with pay and pension in one go.

The Pay Commission’s recommendation for a 63% rise in allowances (which would have inflated the Centre’s and railways’ outgo by Rs 29,300 crore) has been put on hold until a finance secretary-led committee reviews this along with the commission’s suggestions for an overhaul of the 196-odd such benefits.

The committee will submit its report in four months (by October). Officials don’t anticipate any significant additional outgo on account of allowances this year as the revised benefits are likely to be paid prospectively from next year.

Of the Rs 84,933-crore hit on the exchequer this year, a recurring expenditure of Rs 72,800 crore is due to pay and pension while Rs 12,133 crore is earmarked to pay arrears from last financial year (the panel’s award will take effect from January 2016).

On June 29, the Cabinet accepted the Pay Commission’s recommendations on pay and pension.