Amid Subramanian Swamy’s attack, economists give thumbs up to Raghuram Rajan

In a letter to Prime Minister Narendra Modi, BJP MP Subramanian Swamy has said that Raghuram Rajan’s policies as RBI Governor were ‘hurting the economy’ and has criticised him on interest rates and inflation control. 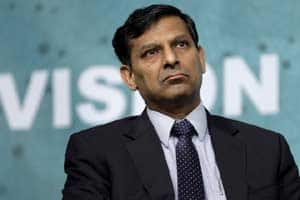 RBI Governor Raghuram Rajan, who has left an indelible mark on the institution over the last few years, has come in for flak over his various acts of omission and commission from within the ruling Bharatiya Janata Party (BJP) dispensation. Surprisingly, Rajan has been attacked not just over his policy but even on the pesonal front, indicating an erosion of trust in the power echelons of the country as well as the BJP. (Reuters)

Raghuram Rajan, RBI Governor, has been in the focus over the past few days as his first three-year term is in its final stages and comes to an end in September. There has been intense speculation over whether Rajan, who was appointed by the previous UPA government, would be given a second term by the NDA government led by Narendra Modi.

The debate took a new turn with BJP Rajya Sabha member Subramanian Swamy joining the debate by canvassing against Raghuram Rajan being given second term in office. In a letter to Prime Minister Narendra Modi, Swamy has said that Rajan’s policies were ‘hurting the economy’ and has criticised the governor’s policies on interest rates and inflation control.

Against this background, financialexpress.com spoke to a cross-section of leading economists to ascertain their views on Raghuram Rajan’s three-year term. The general opinion appears to be in stark contrast to Subramanian Swamy’s views. Incidentally, Rajan himself has been a leading global economist and has earlier held the post of chief economist of the International Monetary Fund (IMF).

D K Joshi, Chief Economists, Crisil, feels Rajan’s first term has been a good for the economy. “Raghuram Rajan came in at a time when global economy was seeing volatility. He inspires a lot of confidence. Today, he is one of the most respected central bank governors in the world. Central Bank Governorship is a lot credibility and he brings in lot about of that,” Joshi said.

Here a some of the issues Joshi highlighted:

On inflation control:
Rajan has managed to coordinate very well with the government on inflation. It must be said that he had a bit of luck on his side with oil prices being on a downward spiral helping in controlling inflation. Also, during the NDA government’s second year, food inflation has stayed under control. We cannot forget that Rajan inherited a legacy of 10 per cent inflation over 7 years and needed to be cautious in his approach.

On growth:
Growth has been reasonably good, that too despite rural demand not doing well

On interest rate:
There are are limits for monetary policy on interest rates. Agreed that there may have been room for some further rate cuts, especially when there are negative interest rates in some parts of the world, but it is better to err on the side of caution

On currency management:
Between 2013-15 rupee has remained fairly stable and it can be attributed to good RBI management

On bank NPA:
There has been a huge clean-up process of bad debts of banks. This will be beneficial for the economy in the long run

Madan Sabnavis, Chief Economist, of Credit Analysis & Research Limited also lauds Rajan’s tenure. “In terms of performance, Raghuram Rajan has been exemplary. I cannot find any fault. Under him, RBI has been independent in its policy-making. It is creditable that on most issues RBI and Ministry of Finance have been on the same page,” Sabnavis said.

On growth:
Central banks are not solely responsible for pushing growth. Even US Fed and ECB are struggling to push growth. There are global factors beyond the control of central banks. The problem has been on the demand side.

On interest rates:
Lowering interest rates just for the sake of lowering is meaningless. Interest rates should not be lowered just because there is demand for it to be lowered though industry’s demand for lower rates is quite justified. In fact, at times, lower interest rates can be counterproductive to savings and hence have to be carefully calibrated. The RBI has to look at it both from the lending as well as deposit side.

On bank NPAs
RBI Governor Raghuram Rajan’s move for cleaning up bank bad debts is laudatory. It will be good for the banking system and a boost to the economy.

Sujan Hajra, Executive Director, Chief Economist, Co-Head Research at Anand Rathi Securities says Raghuram Rajan “had conviction in his views and followed them. He took over as RBI Governor in September 2013 when India was going through a lean phase. Rupee was collapsing. It was baptism by fire but he handled the situation very well.”

On inflation:
He had a pretty clear view that controlling inflation was the priority. Growth would follow. In 2013 and 2104 he maintained very strict monetary policy

On growth:
Debate on growth will remain. However, he has achieved what he had set out to achieve. Maybe in the short-term growth could have been better, but one cannot have everything.

On monetary policy:
He has been transparent in policy making and that has been a hallmark of his tenure. He has never been dogmatic.