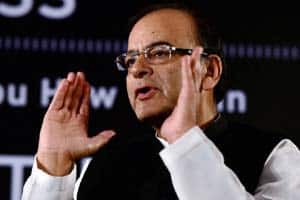 Expressing optimism that India has the potential of double digit growth, finance minister Arun Jaitley on Monday called for statesman like and mature process of political consensus as well as removing the environment of suspicion on decision making by amending the Prevention of Corruption Act, 1988.

“‎The overkill coming from various institutions has not helped the growth rate of the economy,” Jaitley said at a CBI function.

His comments come at a time when key reform bills on land acquisition and the goods and services tax are pending with the Parliament for approval.

Referring to his experience while heading the department of disinvestment as well as other government ministries, Jaitley further said that many departments are reluctant to take decisions or enter into honourable compromises.

Calling many of the phrases in the Prevention of Corruption Act, 1988, the minister said that these need to be reviewed and the Act must “bring out an essential distinction between trial and error or an honest decision and a decision led by corrupt motives”.