Allotting cancelled blocks to Coal India ‘did not smack of fairness’: HC 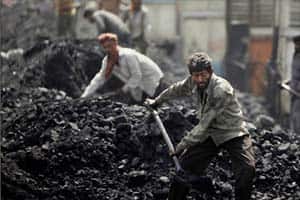 The delay in transfer of the corpus is estimated to lead to an annualised loss of around Rs 5.5 crore to Coal Mines Provident Fund Organisation (CMPFO) on account of higher fee charged by the previous fund manager — SBI. (AP Photo)

Observing that the Centre’s decision to disapprove the result of the auction for two Chhattisgarh mines and allot them to Coal India Ltd (CIL) “did not smack of fairness”, the Delhi High Court has asked the Centre to come up with an “interim arrangement” for them.

The court of Justice Badar Durrez Ahmed and Justice Sanjeev Sachdeva asked Additional Solicitor General PS Narsimha and ASG Sanjay Jain to “get instructions” from the ministry for interim arrangements regarding two mines in Chhattisgarh, after noting that under Supreme Court directions, the mines had to be handed over to the CIL by April 1.

The court will now hear the matter further on Friday. “Some interim measures need to be passed,” said the court, which also pulled up the government for “relaxing the rule of public notice and public auction.” “Why does the CIL get it? We have normally not interfered with these auctions but this does not smack of fairness,” said the court.

Jindal Power Limited, which had put in a bid for the Gare Palma IV/2 and Gare Palma IV/3 coal blocks, had approached the Delhi High Court earlier this week after the coal ministry annulled its bids and issued an order to allot the two mines to CIL. The ministry, in a statement, had said that the highest bid filed by the company did not reflect a “fair value” and decision was taken due to apprehension of “cartelisation.”

A similar decision had also been taken with regard to the Gare Palma IV/1 mine, for which BALCO had put in a bid. A separate plea has also been filed by BALCO, which was also partly heard on Thursday. Directions in the BALCO case are also expected to be issued on Friday.

During Thursday’s hearing, the court pulled up the government for “comparing apples and oranges” after Narasimha argued that the “auction did not inspire confidence.” The ASG in his arguments pointed out that even as multiple companies had put in bids for other coal blocks, only one bid, by JPL had been filed for the Gare Palma blocks.

The court, however, did not accept the argument.