All not well on the realty front: Supply up but prices still astronomical

The Union Budget should offer avenues to obtain cheaper funds for both developers and home buyers. 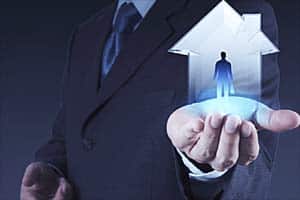 Amidst contradicting reports of the realty sector being “stagnant” or “improving”, the reality has surfaced: all is not well. Though the supply has surpassed demand in many pockets, the prices are still astronomical resulting in un-affordability. So, the blame game begins. The government and developers are the main players and the genuine home seekers are silent and suffering spectators. The Union Budget sometimes becomes the source of corrections so the expectations run high during the pre-budget period. This time it has a pre-cursor of RBI’s move.

Recently, the RBI has played very cautiously by just cutting SLR by 50 bps and keeping key rates unchanged. “Our real estate sector is facing a paradoxical situation. On one hand it has a surplus inventory produced at a higher input cost in last 6 to 8 quarters. On the other, buyers today do not enjoy much purchasing power due to high interest rates. The apex bank was under pressure to release some fund in the market to boost purchase”, said Pradeep Jain, chairman, Parsvnath Developers.

However, the developers are expecting more on this front. “The last round of rate cut in mid-January didn’t quite translate into lower interest rate by banks and now the 50 bps SLR cut may not give impetus to the demand for housing. It’s time the RBI goes aggressive with rate cuts and impress upon banks to reduce lending rate in equal measure,” says Mohit Goel, CEO, Omaxe.

According to Lalit Kumar Jain, chairman of CREDAI and CMD of Kumar Urban Development Pvt Ltd “What is needed is, a roll back of all liquidity tightening measures. A reduction of 200 basis points (reduction of interest rate by 2 per cent) within short span is needed. And if the RBI does not act, the government must take appropriate steps to ease fund restrictions for realty sector.”

Post the interim budget, the macroeconomic indicators have improved with inflation and industrial growth showing positive signals. Thus coming budget is expected to be more reformist to give the somnolent economy the jolt it badly needs. Almost all expectations eventually aim at two major elements – affordability and transparency.

Due to complexities of government channels, many projects get halted and delivery is delayed resulting in cost escalation. A speedy completion of stalled projects is essential. “Developers have been campaigning for a faster project approval process for good reasons. It would beef up the supply pipeline, help bring prices down and also ensure that real estate remains viable as a business” said Anuj Puri, chairman & country Head, JLL India.

Jain insists, “Single window clearance is a long-pending issue. Currently the approval process takes around 2 years for approval. The cost of delay in approval adds further to customers spending by 25-40 per cent more. Gujarat and Punjab have already implemented a single window clearance system which has given a boost to the sector in these states” adds Jain.

“However, it should simultaneously ensure that construction quality norms are not compromised in the process and that faster approvals do not result in support infrastructure failure in new precincts being developed,” adds Anuj Puri.

The budget should offer avenues to obtain cheaper funds for both developers and home buyers. If the cost of funds for a developer is cheaper, the cost of the houses might reduce and if the interest rates for home loans decrease, then more people will be able to buy their dream houses. Besides, the buyers should be incentivised through rebate in individual income tax as well.

“As of now, the relief of principal payment of home loan is part of Section 80 CC which is Rs 1.5 lakh but it is not enough. That limit should be increased to Rs 2.5 lakh.” says Nimesh Bhandari, co-founder & CEO, Realtycompass.com, an online real estate space. “Currently housing pays about 36-37 per cent of sale prices in Taxation to Centre, state and local municipal bodies in direct & indirect taxes. This set up must be rationalised.” says Jain. “Home loan rates to be brought below 7.5 per cent, lending rates below 10 per. There should be deduction on interest payment of up to Rs 5 lakh under section 24 of Income Tax Act on home loans,” said Jain.

Infrastructural development has been at the forefront of the new government’s agenda and pacing up the same is expected to be the primary focus of the government. “Infrastructure is important not only in new micro markets but also in established micro markets that have witnessed stagnation on account of an infrastructure deadlock,” said Kamal Khetan, CMD, Sunteck Realty.

It is the most abused term of real estate in recent years with all talking about it but nobody doing anything about it. In the previous nine-month Budget, the new government outlined its vision for boosting affordable housing. So in the upcoming Budget, least the government can do is to implement the recommendations of a task force.

Clearer and uniform policies should be introduced. Frequent change in policies and regulations affect the approval as well as construction process. Policies should be loop holes-free and transparent while its execution should be faster and fairer. “Online clearances should be implemented to eliminate human interference and the possibilities of corruption. This will also expedite the approvals and will help in keeping delivery schedule on track.” says Jain. “More skilful work force should be inducted in entire administrative and civil set up and make the entire system accountable by fixing responsibilities,” adds Jain.

The experts have more holistic view with many more expectations. Anuj Puri lists out a few of them —boosting rental housing in terms of tax incentive, making Indian real estate more investment-friendly and attractive for overseas investment funds by introducing a revised tax code for REITs to take off, approving and implementing of pending Real Estate Regulatory Bill (RERA) to establish confidence, transparency and fairness in the sector, Relaxing Counter-Productive Clauses In LARR (Land Acquisition, Rehabilitation and Resettlement) Act to counter land-related bureaucracy and encourage “green” sustainable Real Estate by providing combination of incentives .

The upcoming Budget would be a reflection of many reforms which would prove to be a few steps in right direction to achieve government’s vision of 100 Smart Cities and ‘Housing for All’ by the year 2022.

More Stories on
Union Budget
Next Story
Union Budget: ‘Hopeful to gain government support to bring power to all’