The Gujarat government has signed 135 pre-VGGIS MoUs worth over Rs 60,000 crore on the last six Mondays. 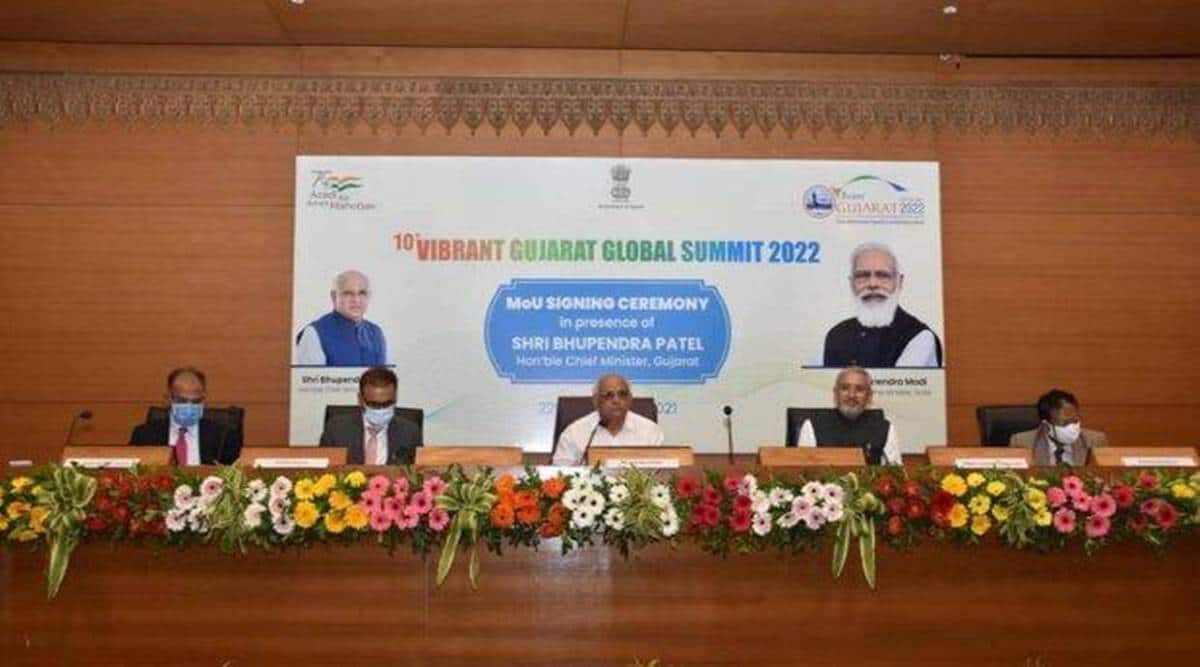 Kolkata-headquartered Shree Cement has signed MoUs to develop an integrated cement plant with a captive jetty, a cement grinding unit and a captive solar project at Lakhpat in Kutch district.

In the run-up to the 10th edition of the Vibrant Gujarat Global Investor Summit (VGGIS), the Gujarat government signed 39 more memorandums of understanding (MoUs) on Monday.

The MoUs are in the areas of ports, renewable energy, green renewable hydrogen, pesticides, synthetic chemicals, training and research, and education. This is the sixth and final tranche of MoUs ahead of VGGIS 2022, to be held from January 10 to 12.

The Gujarat government has signed 135 pre-VGGIS MoUs worth over Rs 60,000 crore on the last six Mondays. For the last two tranches, the state has not divulged financial details of the MoUs.

Kolkata-headquartered Shree Cement has signed MoUs to develop an integrated cement plant with a captive jetty, a cement grinding unit and a captive solar project at Lakhpat in Kutch district. Shree Rama Newsprint, one of India’s largest manufacturers of recycled paper, plans to set up an agro processing plant with 20,000 tonne per day capacity to crush maize, in Surat district.

Madura Carbon India has evinced interest in carbon production in Valsad district, while the Rs 7,770-crore business conglomerate DCM Shriram has zeroed in on manufacturing of speciality chemicals in Bharuch district. The Baroda Rayon Corporation has signed an MoU for 15,000 TPA viscose filament yarn and 6,600 TPA caustic soda production in Dahej.

Alembic Pharmaceuticals has signed an MoU for expansion of its synthetic organic chemical plant in Bharuch district. Furniture fittings manufacturer Hettich Group, headquartered at Westphalian in Germany, has signed an MoU through its Indian subsidiary Hettich India to make Quadro channels in Vadodara district.

Ambica Steels has signed an agreement for a Greenfield integrated stainless steel plant of 20,000 TPA capacity in Kutch district, while TN India, the Indian subsidiary of a Japanese multinational giant, will set up a chrome steel bolts manufacturing plant. Vishakha Group has shown interest in setting up a solar module components production unit in Kutch.

A senior official closely involved in the MoU signing ceremony said Prime Minister Narendra Modi will participate in the summit on the first two days. He will inaugurate the event in the presence of dignitaries, including political leaders, emissaries, business tycoons and others from at least 26 countries.