2020 vision: In new crisis scenario, get set for data disaster

From the call drop problem of today, smartphone and other gadget users are going to come face to face with yet another crisis by 2020. 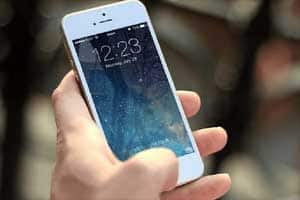 Trai officials said they will write to Department of Telecom for amending the Trai Act to give it powers to impose penalty on telecom operators. (AP)

If there is near unanimity on one problem in India, it relates to mobile call drops. Everyone has been facing it everyday for quite sometime now. But, as more Indians switch to smartphones and start downloading everything from reports to images, song clips and movies expect a data tsunami to happen. Unlike call drops that happen largely during the day, the data crunch can happen anytime, be it day or night. That day is not  too far away. According to a presentation by Hans Vestberg, president and chief executive officer (CEO), Ericsson, 90% of India’s population over six years will have a mobile phone by 2020. By then 3G penetration in India is expected to be 90% while 4G would be at 40%.

That’s when the data overload will start to hit networks.

Today, when we talk of network speed, the entire conversation revolves around download speeds. After all, everyone is pulling stuff that is already available on the net. That is going to change remarkably over the next few years. Already, millions of young Indians are uploading their selfies on social networks everyday. Next expect small home videos to pop-up on the neworks. It is estimated that video traffic will rise 22-fold by 2020. As more people post high-density images and videos online, there is a great need to increase internet upload speeds. Currently, on asymmetric networks (when data speeds differ in one direction compared to the other) the focus is on providing high speed downloads. That will have to change as upload levels are rising by the day. That will lead to a re-orientation of telecom networks, where upload speeds will have to match download speed. Today, upload speeds are a tenth of download speed.

That time is not too far away. In less than half a decade as we hit 2020, the global mobile subscriber base will rise to 9.2 billion from the current 7.1 billion. By then, telecom networks will be driven largely by data traffic. By 2020, there will be 7.7 billion mobile broadband subscriptions globally, more than double the 3 billion today. As more people consume data, voice will gradually be just a commodity that telecom service providers also offer.