World famous Kalashnikov assault rifles will now be made in India; To be fully localized 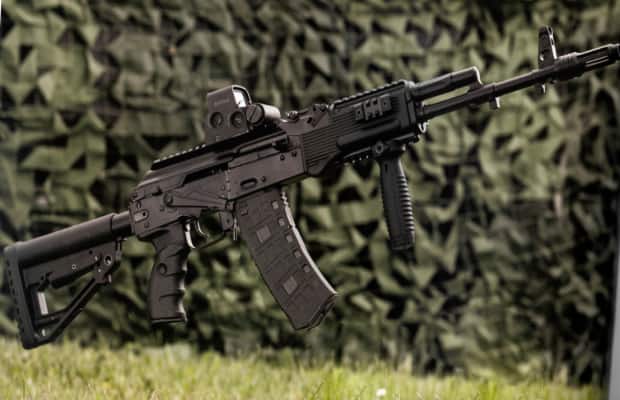 The long awaited production of AK-203 assault rifles is going to start soon in India following the contract between the joint Russian-Indian company Indo-Russian Rifles Private Limited and the Ministry of Defence in New Delhi. This was done in the presence of Defence Minister Rajnath Singh and his Russian counterpart Sergey Shoigu.

According to Rosoboronexport Director General Alexander Mikheev, “These assault rifles will be produced in India and will be supplied to India’s security, defence and law enforcement agencies.”

For the production to start an international technology cooperative chain has been set up and there will be 100 percent localization and at least cost will be used by India’s security agencies.

The first 70,000 AK-203 rifles will be produced in India with a phased increase in the extent of localization from 5 percent to 70 percent. And there will be 100 percent localization with the balance rifles.

The Joint Venture was set up in 2018, at the end of the annual summit between the two countries, an indication of the closeness of both countries and the deep military-technical cooperation between the two sides.

“A new venture, the Russian side owns 49.5 percent of shares, with the Kalashnikov Concern holding 42 per cent and Rosoboronexport 7.5 per cent, ” explains Director General of Rosoboronexport Alexander Mikheev.

Timeline for the production

Within 2-3 years full scale production of the latest version of the world famous and the most sought after Kalashnikov assault rifles. Financial Express Online was the first to mention the timeline for the production as 36 months.

Where will these be made?

A facility with the state of the art production line has been set up at the Korwa Ordnance Factory in Uttar Pradesh. For carrying out factory and acceptance tests of the assault rifles, a small arms range has also been set up.

And, as Financial Express Online has reported earlier, the specialists from Rosoboronexport and Kalashnikov will be actively participating in all stages of production.

On the contract which was signed on Monday (Dec 6, 2021), Ms Maria Vorobieva, chief communications officer says, “We are ready to start producing the AK-203 assault rifles in India in the upcoming months.”

“Huge amount of preparatory work to optimize the price and tech parameters of the contract has been completed. This was done by the specialists from Russia and India,” Ms Maria Vorobieva added.