Even a slight delay in its onset or an anticipated shortfall in the amount of rainfall sends alarm bells ringing with direct implications on the economy besides the human suffering that it causes. 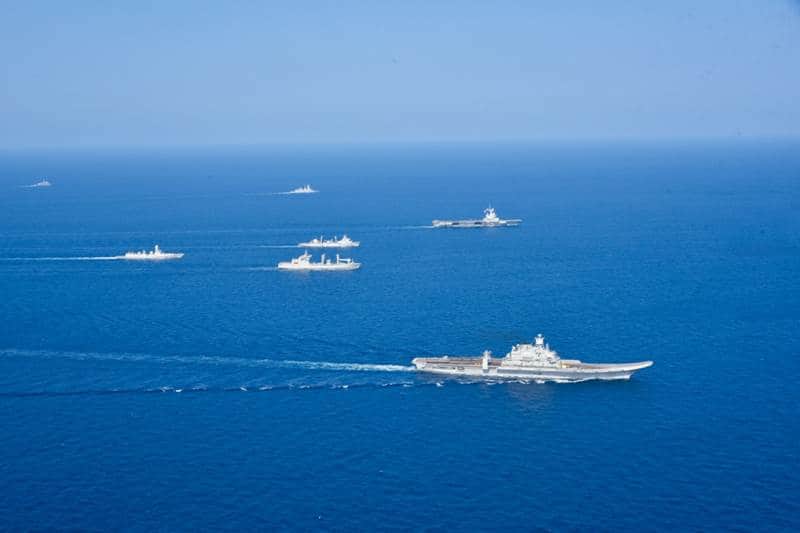 Now, both navies will move towards for the second phase off Djibouti coast near the Horn of Africa later this month, where the French have a big presence. (Picture Credit: Indian Navy)

Water is becoming an increasingly scarce and precious commodity globally and many predict that the third World War, if it ever happens, will be about water.

According to experts, India, as a country is particularly vulnerable to water woes because of its excessive dependence on the monsoon for its agriculture and its very survival. Even a slight delay in its onset or an anticipated shortfall in the amount of rainfall sends alarm bells ringing with direct implications on the economy besides the human suffering that it causes. Water shortage in India is, therefore, a reality that cannot be wished away. That it may worsen is also a distinct possibility.

Water is an existential necessity but is enough being done to ensure its sustained availability? Large parts of Maharashtra and Karnataka have been declared drought affected. Rivers which are the source of sustenance are running dry. Hence any dependence on the availability of water from rivers is fraught with risk. The effects of climate change are also going to make their impact felt.

The shortage also includes the coastal belt of north Karnataka and from a naval perspective could affect INS Kadamba, the naval base in Karwar. This base is expected to become the biggest naval base in Asia once Phase 2 of the plan, which is presently underway, is completed.

Why does Indian Navy have INS Kadamba in Karwar?

Sharing his views with the Financial Express Online, Commodore Anil Jai Singh, a senior naval veteran and maritime analyst, explains: “The requirement of a base away from Mumbai was conceptualized more than three decades ago but a resource crunch led to a delay in its construction. Karwar was chosen because it offered a naturally well-protected harbour with a deep-water approach from seawards and adequate land to plan a Greenfield project for the future away from the congestion of a major urban center. It, therefore, met the requirement of adequate space for the requisite infrastructure and also mitigating the security vulnerability.”

Read Also| Make in India a huge success for the Boeing’s Apaches: IAF is getting ready to receive the first Apache Helicopter next month

Presently only Phase 1 is complete and operational. There are only about a dozen or so ships based there which includes the aircraft carrier INS Vikramaditya. “With the completion of Phase 2, this number could increase to about 60 ships or more once the Indian Navy reaches its intended force level of 200 ships by the end of the next decade,” Singh adds.

Will the current drought situation in that region impact the naval base?

As has been reported recently, a fleet tanker INS Deepak brought water from Mumbai to the Karwar base for maintenance of the naval assets.

While acknowledging that INS Kadamba base is facing acute water shortage due to extreme drought-like conditions, the official spokesperson of the Indian Navy Capt DK Sharma clarified to Financial Express Online, “For the Indian Navy, recently a fleet tanker INS Deepak brought water from Mumbai to the Karwar base to help protect the submarines and other warships docked there.”

It is not only the ships that will require water but also the township which will accommodate a few thousand families and the entire associated infrastructure, both military and civil.

Says Singh, the Indian Navy has been very conscious of the environmental issues associated with setting up such a large naval base and a lot of attention has been paid to minimizing environmental degradations through the adoption of the latest green technologies and environmental protections.

However, experts who have been in consultations with the naval establishments shared their views on the condition of anonymity opine “with the expansion of the Karwar naval base, adequate resources will be required to sustain it with water being the most essential.”