Ever since the economic liberalization of the 1990s, the Indian Diaspora became an important part of the discourse among policy-makers and scholars. 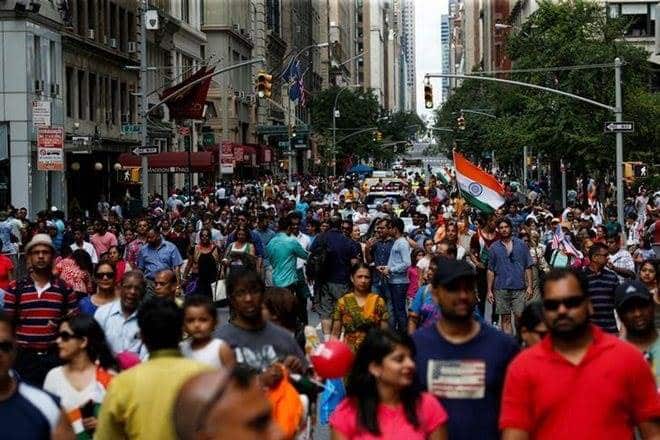 India has long accepted the significance and contribution of the Indian Diaspora towards it’s home country. Ever since the economic liberalization of the 1990s, the Indian Diaspora became an important part of the discourse among policy-makers and scholars. However, while the discussions in India on the Diaspora in the past had been more of a lament on a ‘brain drain’ to the more advanced Western countries, not much discussion took place on the two-century-old Indian Diaspora to the Caribbean region.

The presence of the Indian Diaspora in the Caribbean is traced back to the indentureship system that lasted mainly from about 1838 to 1917. In this period, the British had transported many Indians from different parts of India aboard ships to the Caribbean, South Pacific islands and eastern Africa to work as indentured labor in plantation economies. While this Indian population is spread across the Caribbean, a large percentage is concentrated in countries of Guyana, Suriname and Trinidad and Tobago. Many generations later this Diaspora continues to hold on to their cultural customs and traditions, even though these customs may vary from the current cultural practices in India. They rejected the ‘melting pot’ model of national identity that was assimilationist and opted instead for a ‘tossed salad’ identity expressing in the process, an ‘ethnonational’ identity that was distinct from other ethnic communities in their respective host countries.

With globalization, this process of identity formation of different ethnicities has become even more pronounced and complex. The ethnonational imagination has expanded further to form a trans-national identity, which plays a crucial role in linking diasporic communities with their homeland. This led to the development of common ‘Indo-Caribbean’ identity over the years. The Indo-trans-Caribbean identity is formed outside the Caribbean, mainly in North America where there is continuous migration taking place. It is constructed from memories of Caribbean values and history and thus embrace the ‘West-Indian’ or Creole identity along with its Indian values. Thus globalization has only added further complexity in an already multi-layered identity of the Indo-Caribbean. What the Indian government needs to keep in mind is that soon over half the Caribbean diaspora will be born in a non-Caribbean country. The ethnonational identity is situated at multiple levels of a nation (be it Indo-Trinidadian/ Indo-Guyanese and so on) and also spans national borders across the Caribbean.

Indian policies towards its Diaspora had made delicate distinctions between Non-Resident Indians (NRIs) who had settled in the more developed countries of the world and the Persons of Indian Origin (PIO) considered part of the marginalized Indian Diaspora. This traditional way of looking at the Indian Diaspora is fast changing. The Indian Government’s High-Level Committee on Indian Diaspora came up with its Report (also known as the Singhvi Committee Report) in 2001, which defined the Indian Diaspora as people of the Republic of India and their “descendants” who are “residing in distant lands” and have “retained their emotional, cultural and spiritual links with the country of their origin”.

It may be argued here that the retention of these links is no longer understood as a reproduction of Indian culture in the host country, something that is considered to be naturally a part of the concept of Diaspora. It is quite possible that an Indo-Guyanese settled or living in North America may not display emotional or cultural links with India but with the Indians in Suriname. This means that the Diaspora decides to reconnect at their choosing, but this does not mean that they have lost their ‘Indianness’. Nor does this mean that the Indo-Caribbean identity has not evolved from what it was two centuries ago. Indians in the Caribbean have done well for themselves becoming major participants in political and economic life locally and nationally within the Caribbean as well as outside.

The Indian Government has recently taken note of these changes but still has a long way to go. This is evident from the attempt to remove the distinction between the categories of Overseas Citizens of India (OCI) and PIO by merging them in 2015. The OCI had certain privileges as against the PIO such as a multi-entry lifelong visa; no registration, that is generally required for all foreigners and parity with NRIs except in ownership of agricultural land. Other policies include the establishment of the Ministry of Overseas Indian Affairs in 2004, which merged with the Ministry of External Affairs in 2016. The “Know India Programme” (KIP) established in 2003 targets the youth in Girmitiya countries (Mauritius, Fiji, Suriname, Guyana, T&T, Jamaica etc.) and excludes NRIs. This is a very useful program as it helps the later generation Indians outside to reconnect with and build their understanding of India in order that they may strengthen their relationship and ties with India. The Pravasi Bharatiya Divas is an annual event that commemorates the contribution of the overseas Indian community to India’s development and helps resolve issues that the Indian diaspora faces in their respective host countries. At this celebration in 2017, Prime Minister Narendra Modi specially recognized India’s special bond with the Indians of the Girmitiya countries and promised to make obtaining OCI cards for them easier.

While these changes have made a positive impact, more can be done especially to involve and reconnect with the transnational Indo-Caribbean youth. In order to do this, transnational ethnic bonds that Diaspora groups hold must be re-evaluated. Any policies on the Indian Diaspora need to be based on an understanding that transcends the past. The Diasporic youth especially those with multiple identities and loyalties are valuable but at the same time not very predictable because of our lack of understanding. Having frequent interactions by sending experts to the host countries, scholarships, or instituting more programs such as KIP is essential as it opens up several possibilities to reconnect on both sides.