War has cast a shadow on India’s defence sector

For India, its 70-year-old friendship with Russia and its co-operations in the sectors of defence and space are now in jeopardy because of the ongoing war between Russia and Ukraine. 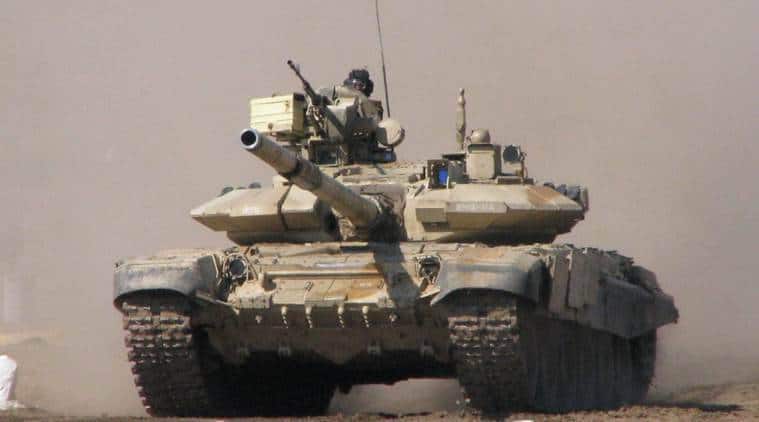 The defence purchases of India are mainly with Russia, a trusted friend in all the wars against Pakistan

For India, its 70-year-old friendship with Russia and its co-operations in the sectors of defence and space are now in jeopardy because of the ongoing war between Russia and Ukraine.

The defence purchases of India are mainly with Russia, a trusted friend in all the wars against Pakistan. But in recent years, India has begun to reach out to Ukraine for the supply of certain hardware items required for defence purposes. After all, Ukraine is the Tech Hub of Europe. Until the war broke out, all the top IT majors had offices in Ukraine.

Also Read
Agniveer: An army veteran’s detailed argument against Agnipath scheme – Part 1
Sumbarine Project 75I moving ahead under the strategic partnership model only—Defence Secretary Ajay Kumar
Make in India: IIT Madras and GE Aviation innovation programme goes for testing
Agnipath and Agniveer: What it is and how it will work? Here’s everything you need to know

From missiles to aircraft, and more recently, assault rifles like the AK 57 and AK 203 rifles, which Indian private players chipped in to manufacture under the Make In India initiative. Many such projects are now in limbo, and the status quo might continue even if the war ends. Even if the war concludes as designed by Vladmir Putin, there is no guarantee that all manufacturing and IT sectors will normalise in both countries. While Ukraine is almost reduced to rubble, Russia is also facing severe financial constraints.

To make it more elaborate, the Indian Air Force (IAF) hopes to upgrade the Su-30MKI to ensure its better performance and longer life. Termed as the “Super Sukhois” and scheduled to be upgraded and manufactured by HAL, this project was planned so that it would plug into the depleting squadrons of the IAF.

This war, in which India chose to bat for peace and negotiate, will leave the country in a hot soup. According to the IAF, the spare parts delivery schedule could be affected due to the ongoing war and the Western sanctions on Russia. The IAF said it is assessing the situation and is hopeful. “A huge amount was spent last year. Many Sukhoi-30s and other fighter jets are grounded. When those spares start coming in from this year onwards, we will be able to actually add some squadrons, “an IAF source said.

The Su-30MKI ‘Flanker’ is the backbone of the IAF, which operates nearly 270 jets of this type.

India has a strong link with Antonov. In 1984, India became the launch customer for its AN-32 military transport aircraft. Designed to withstand adverse weather conditions, the AN-32s were used to ferry cargo and personnel everywhere, including the Himalayan frontier. Even now, India operates over 100 AN-32s.

India is dependent on both Russia and Ukraine for the supply of critical defence equipment. The war, according to the experts, will have an adverse impact on India in many ways.

Besides new purchases, the Indian military’s existing platforms, from fighter planes to air defence missiles, artillery guns, and infantry combat vehicles (T-72 and T-90 tanks), are dependent on both the warring nations for critical spare parts.

With hostile neighbours knocking on both eastern and western fronts, major projects will take a back seat.

The much awaited AK-303 rifle production in India and the BrahMos cruise missile, which is awaiting its first ever export order from the Philippines, are among those which will take a hit. But the immediate impact will be on the much-required S-400 air defence system, whose delivery began in December 2021. The Indian Navy, which is waiting for its nuclear submarine INS Chakra III, will also be delayed. It was expected to be commissioned by December 2025.

More than 70 per cent of the Indian military’s arsenal is of Russian origin. INS Vikramaditya, the Indian Navy’s sole operational aircraft carrier, is a refurbished Soviet-era ship. Moreover, four of the Indian Navy’s 10 guided-missile destroyers are Russian Kashin-class, six of its 17 frigates are Russian Talwar-class, and its lone nuclear-powered attack submarine, INS Chakra, is an Akula-class vessel on lease from Russia. Similarly, most of the Indian Air Force’s fighter jets are Russian—it operates 272 Su-30MKIs and over 100 MiG-21 Bisons. The IAF also operates Russian-made Mi-17 and Mi-8 helicopters.

The end of the cold war era also soon led to the collapse of the Soviet Union. The Indian defence sector had an uphill task of tracing the people who contributed to the development of Russian war machines. After repeated requests and follow-ups, the Russian government has begun helping Indian manufacturers with the required critical spares.

After Ukraine became a separate nation, India enjoyed good trade ties with it. In 2008, it signed a $400 million contract with Ukraine to upgrade its 105 AN-32 planes. Accordingly, 45 aircraft were upgraded in Ukraine, and the rest will be bettered at Kanpur. But the project was delayed after Russia refused to supply Ukraine with critical equipment for the retrofit. Following a breakdown of ties between Kyiv and Moscow over the Russian annexation of Crimea in 2014, the IAF bought Lockheed Martin C-130J Super Hercules and Boeing C-17 Globemaster III transport jets from the United States.

Three years ago, India signed a $950 million contract with Russia for four advanced Talwar-class frigates. But these warships are designed to operate with a Ukrainian power plant, and no alternative option is available. In 2019, India persuaded Ukraine to supply engines for two ships to the Kaliningrad shipyard in Russia. But the engines for the other two ships are yet to be delivered. Experts maintain that India will have to look at countries like Georgia, Uzbekistan, and Kazakhstan for critical spare parts, as these countries also have old Soviet-era military platforms.

Military pundits believe that the conflict will be a big blow to India’s military modernization, as the war is likely to continue further. The experts agree that they should not take the side of either country as the Indo-Russian partnership is more valuable in the interest of the nation.

(The author is Defence & Aerospace Analyst & Director ADD Engineering Components (India) Pvt Ltd (An Indo-German Company). Views expressed are personal and do not reflect the official position or policy of Financial Express Online. Reproducing this content without permission is prohibited).