Ukraine War – A war with no off ramp

Personal attacks, demonisation of leadership and people has left the war with no off-ramps. The only things we see are small agreements on prisoner releases. How will this Ukraine war end? A detailed perspective 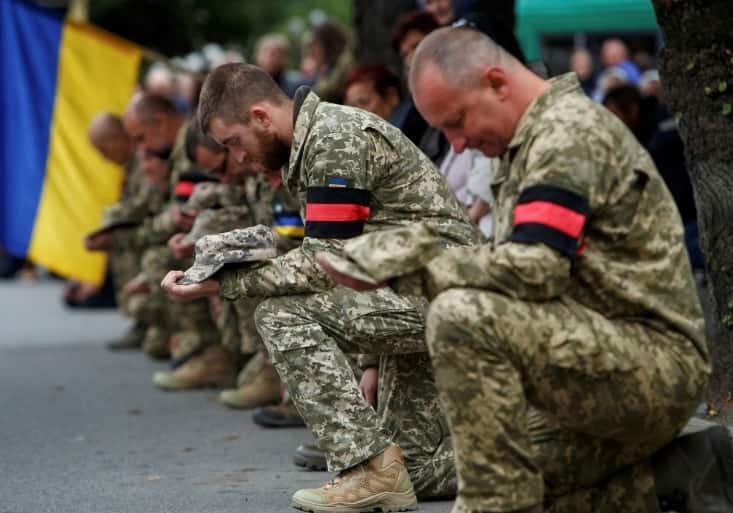 The Ukraine war has been grinding on since its beginning on the February 24, 2022. Looking at the battlefield one gets the sense of shifting sands from one side to the other over the past months culminating in the Ukrainian operations in the north-east, close to the city of Kharkov. These actions have been followed up by the announcement of partial mobilisation as well as referendums in areas currently under Russian control.

The recent speeches given at the UNGA by leaders of the world showcase a lot of different moods with some carrying condemnation for Russian actions in Ukraine. One commonality was seen in terms of most of them pushing for dialogue and diplomacy to resolve the dispute and to put an end to the fighting.

There was an effort made at the beginning of the war, in March with talks that were held in Istanbul between representatives of Russia and Ukraine. This was a time of the beginning and Kiev for most parts had agreed to abandon its attempts to join NATO and develop nuclear weapons. The Russians also had removed its demand of “denazification”. It was a big break in the war and peace was near.

This entire effort was negated, reportedly post-western refusal to support Kiev during these negotiations as well as the declaration of the western strategy for the war which resulted in the imposition of a heavy cost on Russia so that it could not plan further such operations in the future. This was stated by none other than the defence secretary of the United States of America.

The narrative of the war has always been aggressive and condemning at all levels regarding the denunciation of Russia as well as its leadership for taking offensive actions in Ukraine. Post the breakdown of the Istanbul dialogue aimed at producing a result of peace between Russia and Ukraine, the narrative became more personal in terms of attacks as well as demonisation of the Russian leadership. One can understand the need to create a public sentiment against the Russian war by portraying President Putin as the aggressor of this conflict, but when these condemnations are carried on by opposing leaders rather than the media, these actions result in what we see today, a no talks – no way out situation. The practice of name calling and personally attacking the Russian leadership in order to drive the western point home has been more than rampant and has for sure created resentment, as the side that blames today has a lot to be blamed for as well.

In a situation of war, which is another arm of politics, there are mechanisms to ensure there is an off-ramp created or maintained between the opposing forces which can be used to bring the conflict to a conclusion and result in cessation of hostilities. We have seen in history there have been leaders or mediating leaders who have maintained a close balance of relations between the two opposite parties to ensure a constructive beginning of negotiations. There have always been back channel discussions to resolve issues, even in war or war like situations. Sadly in this conflict we see the western side completely cutting off contact with Russia except France who is and will find it difficult to navigate between EU and the US. The rest of the prominent leaders have kept away to prevent themselves and their countries being sewn into the rhetoric. No or scant communications between the warring sides either directly or through an intermediary creates situations of escalation. This is exactly what we see happening today.

The collective West in its enthusiasm to put Russia in its place has crossed all boundaries in terms of personal attacks, dehumanisation of Russians as a people and attacks on their culture, comprehensive sanctions targeting the Russian people and also a sheer lack of understanding the impact of such actions at a global level. The hope was that their actions would not be followed by reactions.

With the above mentioned environment, it is hard to picture seated negotiations between both the parties to come to a conclusive end to military operations. The demonisation of the Russian leadership has led to bitterness thereby making it difficult to reach a common ground. In situations like this we would see more unilateral actions which would create further alienation and take the path of peace further away.

In a scenario, if any party does decide to talk and resolve, the political capital required would be immense and leaders face the outcome of being routed out of office and their respective popularity in case things do go south. We see a live example within the relations of India and Pakistan where the rhetoric by the former Prime Minister Imran Khan against his Indian counterpart has left the country unable to ask for help even in times of crisis.

Saudi Arabia has recently been trying to mediate in a small way between the countries at war and has been successful in obtaining some prisoners released from both sides. Having mentioned that Saudi would find itself in a difficult space for itself between the US and the Russians on either side.

In conclusion, the end of the war on the battlefield is difficult to predict. Europe is staring at the oncoming winter which would weaken its hand and make the western position even more difficult. Russia faces a very hardened resistance from the newly trained and equipped Ukrainian army. This along with its own mobilisation and the well known results of the referendums, the off-ramp seems to be becoming a wall.

Author is a Geopolitical Analyst at DEF Talks. You can hear him talk and read more at www.deftalks.com