The UK, Italy and Japan have announced the joint working mechanism for the Global Combat Air Programme (GCAP) which is a new partnership to develop combat jets. The GCAP merges it with the Tempest. 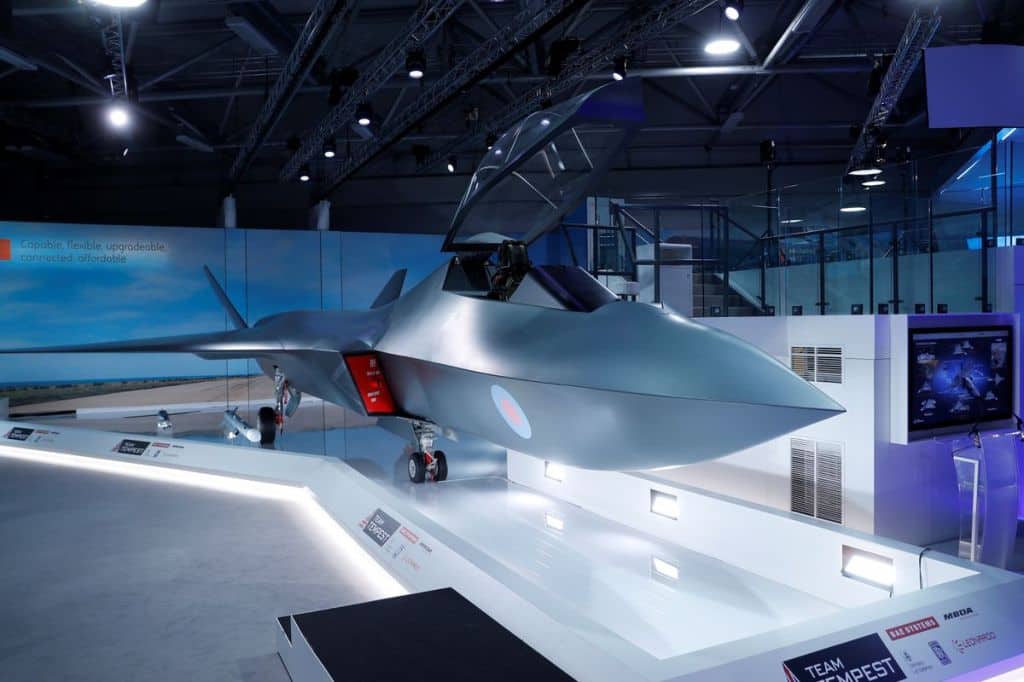 The UK, Italy and Japan have announced the joint working mechanism for the Global Combat Air Programme (GCAP) which is a new partnership to develop combat jets. The UK government which is leading the project is aimed to deliver the next generation of combat air fighter jets.

All three countries are already part of the US fifth-generation F-35 stealth fighter program. Under the F-35 program, all three contribute the development of the F-35 and the different versions of the warplane are assembled in Italy and Japan. While the F-35 program will continue, the focus will shift towards the sixth generational upgrades.

The new jet will replace Britain’s Typhoon fighters and Japan’s F-2s. This move also comes in a response to the Chinese fifth-generation fighters jets – Beijing’s J-20 and J-31 and Russian Su-57. Despite, the F-35 retains the edge over the Chinese and Russian jets in terms of stealth and engine performance.

“We are announcing the Global Combat Air Program (GCAP) – an ambitious endeavour to develop a next-generation fighter aircraft by 2035,” British, Italian and Japanese leaders said in a joint statement. “The UK will work with Italy and Japan to adapt and respond to the security threats of the future, through an unprecedented international aerospace coalition announced by the Prime Minister,” it clarifies.

The British Prime Minister will visit a UK RAF base today to launch the first major phase of the programme, which aims to harness the combined expertise and strength of our countries’ defence technology industries to push the boundaries of what has been achieved in aerospace engineering to date.

According to the statement, the GCAP will incorporate a network of capabilities such as uncrewed aircraft, advanced sensors, cutting-edge weapons and innovative data systems.

“By combining forces with Italy and Japan on the next phase of the programme, the UK will utilise their expertise, share costs and ensure the RAF remains interoperable with our closest partners. The project is expected to create high-skilled jobs in all three countries, strengthening our industrial base and driving innovation with benefits beyond pure military use,” it said.

Merging the Tempest with GCAP

With the announcement of GCAP, UK merges Tempest programme with Italy and Japan for the sixth-generation fighter jet. According to the official involved in the project, the Global Combat Air Programme (GCAP) will leverage from the UK’s Tempest and Japan’s F-X programmes.

The UK’s BAE Systems, a lead integrator of the project –the Tempest– has been working alongside Leonardo UK, MBDA UK, Rolls-Royce and the UK Ministry of Defence since 2018.

The concept GCAP also aims to redefine the critical components of the aircraft’s physical controls with augmented-reality and virtual-reality (AR and VR) systems. The new dimensions will further boost the futuristic teaming concept what is known as the Loyal Wingman Uncrewed Aircraft.

The joint cooperation also highlights the emerging threat as the UK Prime Minister said: “The international partnership we have announced today with Italy and Japan aims to do just that, underlining that the security of the Euro-Atlantic and Indo-Pacific regions are indivisible. The next-generation of combat aircraft we design will protect us and our allies around the world by harnessing the strength of our world-beating defence industry – creating jobs while saving lives.”

The UK, Italy and Japan will collaborate to establish the core platform concept and set up the structures needed to deliver this defence project. It is expected to reach the development phase in 2024. Ahead of the development phase, partners will also agree the cost-sharing arrangements based on a joint assessment of costs and national budgets.

Alongside the development of the core future combat aircraft with Italy and Japan, the UK will assess our needs on any additional capabilities, for example weapons and Uncrewed Air Vehicles.

GCAP sits alongside our other defence cooperation with international allies, including the AUKUS partnership and NATO – to which the UK remains the leading European contributor.

In addition to that, the US also has a parallel sixth-generation fighter jet program – the Next-Generation Air Dominance (NGAD) program which is based on the F-22.