The deal for the Indian Navy has been approved by the Cabinet Committee on Security (CCS) earlier this week and is estimated to be for $ 2.6 billion. 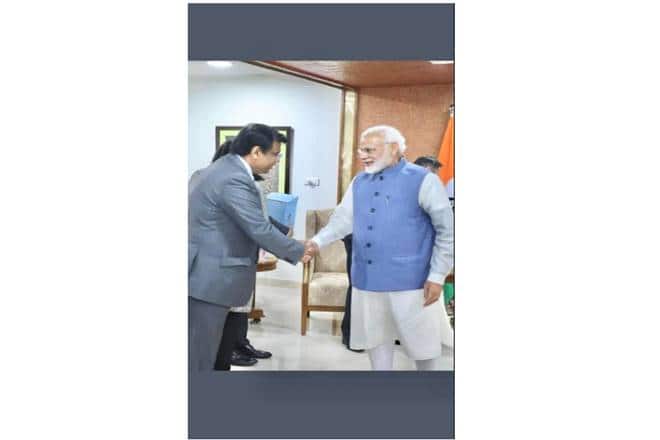 Lockheed Martin has scored the largest US-India defence deal with the approval of the multibillion dollar order of 24 MH60R helicopters since the US President Donald Trump and Prime Minister Narendra Modi took their respective offices. The deal for the Indian Navy has been approved by the Cabinet Committee on Security (CCS) earlier this week and is estimated to be for $ 2.6 billion. The last big order the company had signed was for six C-130J Super Hercules in 2008.

Since Dr Vivek Lall joined Lockheed Martin in the US a few years ago some key significant decisions have been taken by Lockheed to strengthen the US-India relationship including the global supply chain.

Also Read
Russia completes the assembly of reactor vessel for Kudankulam nuclear power plant
US offers critical technologies to India under iCET
New logo of G20 unveiled for 2023 – Know all about the Symbol of Hope
Exclusive: Boost for Haryana, road shows next month to showcase Integrated Aviation Hub

The US aerospace giant Lockheed’s long-standing 10-year-old joint ventures with Tata have now delivered more than 100 C130J empennages for the global supply chain as well as more than 150 S92 cabins. Additionally, Lall announced to bring critical complex F16 wing build capability from Israel to India last year. The first wing prototype is currently being built by Indian industry and expected to be completed this year. Lockheed also decided to offer India the F21 fighter exclusively with India unique capabilities for the Indian Air Force (IAF).

Earlier this month a Lockheed Martin Delegation from the US to DefExpo was led by Dr Lall where a Memorandum of Understanding (MoU) was signed with Bharat Electronics Limited (BEL). The US aerospace major last year had also signed MoU with BEML. Several start-up companies have also signed MoUs with Lockheed last year during their supplier conference.

Speaking at an event at MIT, Boston last year, Dr Lall helped to incubate several Indian StartUps under the India Innovation Growth Program sponsored by Lockheed and the Department of Science and Technology. Lall who has also been appointed to the US Federal Aviation Advisory Committee almost two years ago has been key to several crucial India-US defence deals in his various assignments.

Prior to his appointment at Lockheed Martin he was Chief Executive in charge of US and International Strategic Development at General Atomics (makers of the Predator UAV) based in San Diego. As has been reported by Financial Express Online earlier, India is in advanced talks with the US Government for procurement of 30 armed Guardians for all three services.

Sources have indicated to Financial Express Online that the LoR is expected to be issued this year. Both the US President Trump and Prime Minister Modi had noted this acquisition in their joint statement in Washington DC a few years ago and it is expected next week there will be discussions on a variety of defence items between both heads of state.

22 Anti-ship Harpoon missiles from Boeing in a deal worth $ 200 million.

The Boeing AH-64E Apache Guardian Attack Helicopters and CH-47F (I) Chinook helicopters for the Indian Air Force (IAF) in a deal for $ 5 billion.

Negotiations for 30 Drones from General Atomics (deal yet to be signed) worth $ 3 billion was spearheaded by him.

And now the biggest deal for 24 MH60R multi-role helicopters for the Indian Navy for $ 2.6 billion.