One of the slain terrorists was involved in the December 13 attack on a police bus in the nearby Zewan area in which three policemen were killed while 11 others were injured. 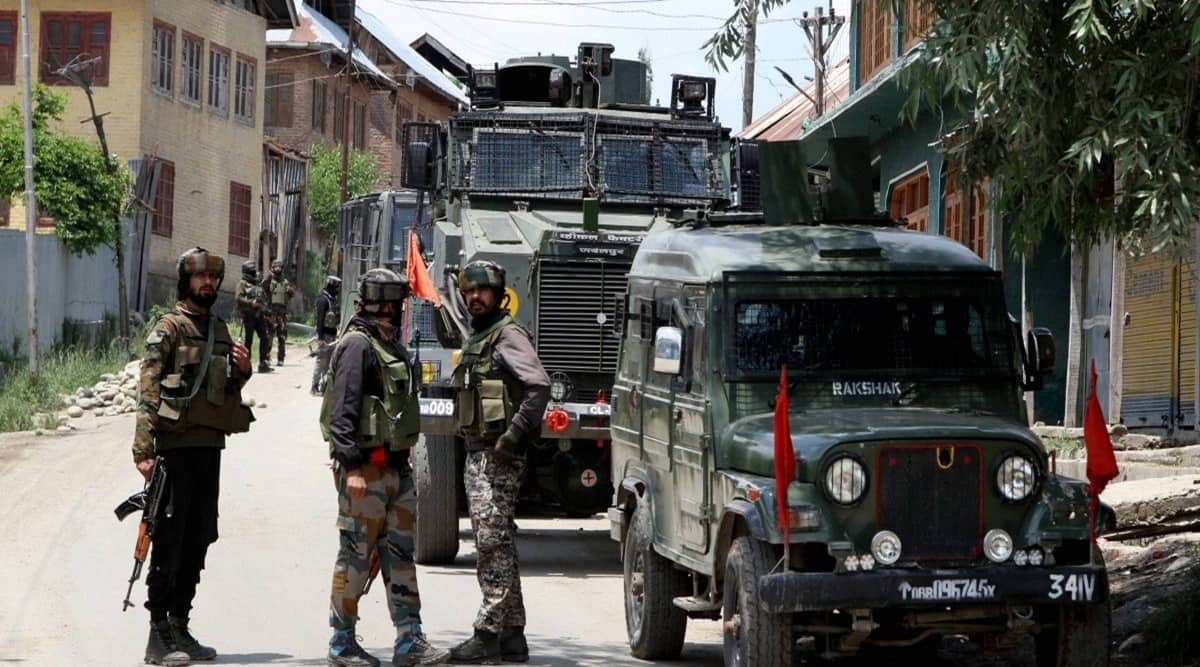 In the exchange of fire, three police personnel and a CRPF personnel were also injured, the official said, adding that they were rushed to a hospital for treatment. (Representational image: PTI)

Three Jaish-e-Mohammad (JeM) terrorists were killed and five security force personnel injured in an encounter in Pantha Chowk area of the city here on Friday, police said. One of the slain terrorists was involved in the December 13 attack on a police bus in the nearby Zewan area in which three policemen were killed while 11 others were injured.

The encounter in Pantha Chowk on the outskirts of Srinagar city took place after the security forces launched a cordon and search operation following inputs about the presence of terrorists, a police official said. He said as the searches were going on, the hiding terrorists fired upon a search party of the forces, who retaliated.

In the initial exchange of fire, three police personnel and two CRPF personnel were injured.They were rushed to the Army’s 92 Base Hospital here and their condition is stated to be stable, the official said.In the ensuing encounter three terrorists were killed.Inspector General of Police, Kashmir, Vijay Kumar said the three belonged to JeM.

He identified one of them as Suhail Ahmad Rather, who was involved in the Zewan attack along with two other terrorists, including a Pakistani, who were killed in an encounter in Anantnag on Thursday.”As revealed during yesterday’s PC, terrorist Suhail was also involved in #ZewanTerrorAttack. All terrorists involved in Zewan attack have been #neutralised,” the IGP said in a tweet.

The identification of the other two is being ascertained and they are most likely foreign terrorists “as no one has claimed them so far”, the IGP told reporters at a press conference where only selected media persons were invited.The IGP said Friday’s encounter was very important for the J-K Police because after the attack, “I had promised you to neutralise the killers soon”.“The J-K Police worked like a team, police teams from other districts also helped and we developed the inputs and achieved this success,” he said.