The weakness in the strength of China

It is for some time now that China has been called out on its false projections and recent events is one more opportunity for us to call China out again. 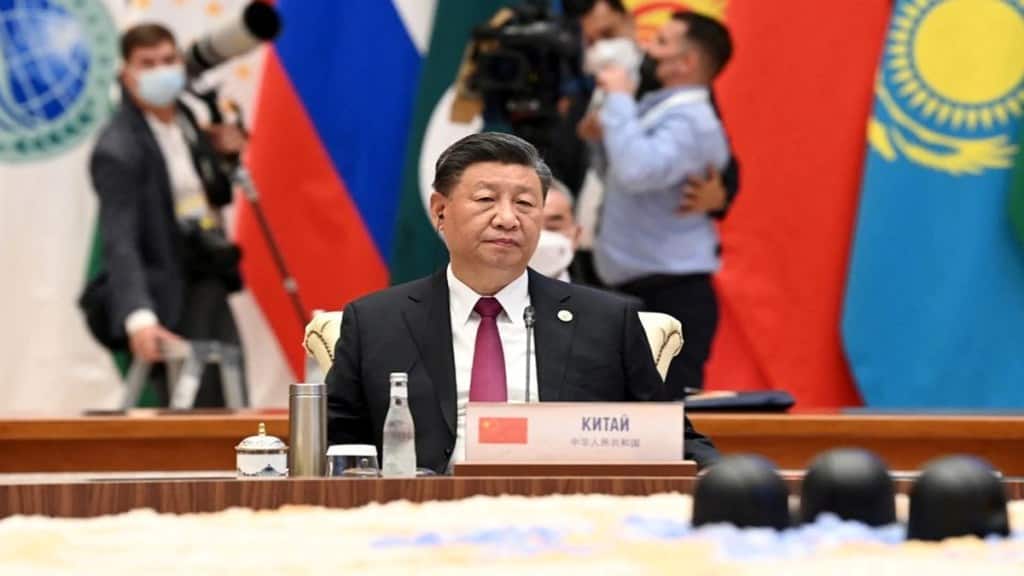 When one talks about China, inevitably the discussion revolves around the large military and the second largest economy in the world. A lot of times, because of the Chinese great firewall it is impossible to get a clear picture of what exactly is happening inside China. The Chinese always project a sense of strength in everything they do and say to the rest of the world. Till a short while ago the world believed every word that came out of a Chinese spokesperson and tended to make their opinions on these words. It is for some time now that China has been called out on its false projections and recent events is one more opportunity for us to call China out again.

Let’s begin with the SCO summit where Chinese President Xi Jinping was to make his first international appearance since the beginning of the pandemic in 2020. Before he headed towards the summit, there was a short pitstop in Kazakhstan. The short pitstop signified quite a bit as Kazakhstan is the gateway to the Chinese dream of the BRI going into Central Asia, Europe and Russia. Without Kazakhstan being on the side of China, the entire dream is nothing but some lines on a map. Recent events in Sri Lanka as well as Pakistan along with condemnation of Belt and Road Initiative deals that China has signed in countries within Africa have raised serious questions about the efficacy of the BRI.

The pet initiative of the Chinese President Xi along with the “March West” policy coined in the year 2013 at the beginning of the BRI had signified great importance for Kazakhstan. It seems like the Chinese President visiting this country is to ensure his gateway is secure. Prior to this visit the Kazakh government had to make certain adjustments to the protests being conducted by Uighur residents within Kazakhstan demanding the release from Chinese camps of their relatives.

It is always believed that Russia and its influence within the Central Asian republics has been reducing and the Chinese have been trying to make a strong in-road within the region. The main reason for something like this is always termed to be a weak economic structure within Russia. It is always forgotten that the Central Asian alliance with Russia is hardly based on economics but rather on military cooperation. This was recently demonstrated by the CSTO during the Kazakh protests as well as during the recent Tajik Kyrgyz clashes.

The next top on the route of the president was Uzbekistan for the SCO summit set in Samarkand. During the summit we saw the members of the organisation interact with each other and have bilateral meetings on various different issues. We also saw the Chinese President showcasing a very cautious conduct maintaining the good ol’ social distance in fear of Covid-19. His presence seems to be reluctant especially with the virus being ever present in the Chinese mind. President Xi gave a skip to the informal dinner organised for the leaders citing Covid-19 restrictions.

The SCO summit itself showcases a Chinese weakness where in the want for this summit to be successful especially during the current geopolitical situation, was of a very high imperative for China. As far as India is concerned, the Chinese foreign minister visited India in the month of March and tried to ensure Prime minister Modi’s physical presence during the summit. There was abject silence even from China about a potential meeting between these two leaders in the midst of a military crisis. One would go further to say that the Chinese had to follow the path of disengagement which they have been keeping away from by putting to use well honed delay tactics. Even then there was no meeting. A potential meeting between the Chinese President and the Indian Prime Minister on an optic level would have been a great victory for the Chinese showcasing to the West the prize of India.

We also saw cracks within the Iron brothers of Pakistan and China where the Chinese president asked the Pakistani leader about the lack of protection and security being provided to Chinese nationals and Chinese investments within Pakistan. The sweeter than honey relationship between the two countries was brought clearly into the open in spite of agreements of no bilateral discussions during this summit.

The Chinese president also referred to “Colour revolutions” instigated by external forces and asked the respective members to safeguard stability within the region. It is of a clear fear that the Chinese president mentioned the colour revolutions which have coloured various authoritarian regimes around the world since the early in the late 2000s. Some being spontaneous and some being instigated. In 2011 the Chinese went through a scare because of something called the Jasmine Revolution where a lot of cities had to be put on high alert to prevent protests supposedly meant to bring democracy into China.

If one listens and reads what the Chinese have to say about their own society it is nothing but song and dance on how peaceful things are with the population prospering day by day and achieving greater heights for the Chinese communist party. This in comparison to the Chinese leader himself referring to colour revolutions in the backdrop of anxiety over internal stability concerning the zero Covid policy, failure of banks, crashing down of the real estate sector just to mention a few events that are affecting the Chinese dream.

Chinese President Xi Jinping seems to be worried about his re-anointment as the leader of China next month in October during the 20th party congress. He would work doubly hard to ensure his pathway is swept clear. Entire visit to this summit was his way of displaying clear confidence in his power and status domestically after Beijing announced the date of the congress in august, signalling smoothness in the preparations of this major event. With Xi Jinping trying to project an image of strength, what came out in the SCO is far from it.

We must also look at what is happening inside China to understand the fear and the weakness that is being felt by the CCP and its leader. The Chinese have recently come up with a term called “Internet Civilisation”, which seeks further online control within the narrative and the conversations being had by Chinese citizens on various different subjects. The CCP has gone in pushing down voices to an extent that they are now looking at cracking code language used by Chinese citizens in order to evade the Chinese firewall. A senior official in the Chinese Communist Party mentioned that China had censored some 20 billion pieces of “Illegal and undesirable information” and shut down nearly one 1.4 billion internet user accounts since 2019. Simple maths will tell you that it is almost an account per Chinese person.

CCP has also gone ahead and warned retired members not to make negative political comments about the current big happening in the country. I am sure it is clearly understood when the CCP warns the consequences of such a warning are dire. The Chinese leader has left no stone unturned to keep his own loyalists close to him and remove voices deemed undesirable. The Chinese President has also been successful in navigating his loyalist into the chief of police role in the central administration and has been successful in carrying out a cleansing of ‘corrupt’ individuals amongst CCP officials.

When one puts all these and many other little little things together one realises that the strength of the Chinese portrait is nothing but an old Chinese Adige by Sun Tzu who said, “Appear weak when you are strong and strong when you are weak”.

Author is Geopolitics and Strategic Analyst at DEF Talks

You can hear more of his talks and writings at www.thedeftalks.com