The Indian Army has plans to procure EVs through the Capital Route and to fulfill the deficiency of buses for select Peace Establishments, Electric Buses will be plied. In fact an Open Tender Enquiry (OTE) is expected to be floated soon for procurement of 60 Buses (Electric) along with 24 Fast Chargers. 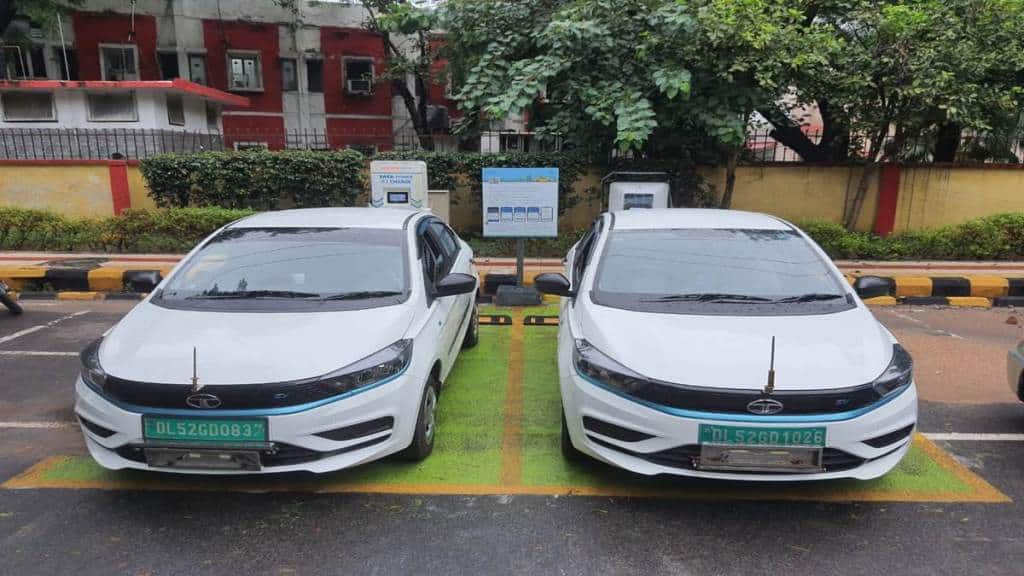 Govt of India’s policy of Faster Adoption & Manufacturing of Hybrid & EV (FAME) I & II have given a tremendous boost to infrastructure development for sustaining the EV eco-system in India. (Photo: Ministry of Defence)

In a first, the Indian Army has put into plan a roadmap to induct Electric Vehicles (EVs)  wherever possible. These electric vehicles including buses, sedans, and motorcycles, will be operational at locations which have been designated as peace stations. And this, according to sources in the security establishment will help reduce the army’s carbon emissions and its dependency on fossil fuels.

This adoption of EVs is in line with Prime Minister Narendra Modi’s push for clean energy and to also help to reduce the dependency on fossil fuels, and to adapt to the changing environment.

According to sources in the defence establishment it will help reduce the army’s carbon emissions and its dependency on fossil fuels. Under the new plan considering the different terrains and necessity, the Army has plans to equip a few select units and formations which are located in Peace Stations with EVs.

“Around 48 percent MotorCycles, 25 percent Light Vehicles, and 38 percent Buses of the selected Units / formations are expected to be changed to EVs. And there will be adequate charging infrastructure,” added sources.

Before the roadmap was finalized various factors were taken into consideration which are unique to the Army’s employability – like remote locations of employment and operational commitments.

The infrastructure required to help in this major step includes setting up of EV Charging points not only in the parking lots of offices but also in residential complexes which will help in on board charging. And there will be at least one fast charger and there will be around three slow chargers.

Based on anticipated number of EVs per station there will be electric circuit cables and transformers with adequate load bearing capability.

Sources also stated that there are plans to have Solar Panel Driven charging stations. These will be done in a phased manner as the idea is to bring down the carbon footprint of these EVs to near zero.

The Indian Army has plans to procure EVs through the Capital Route and to fulfill the deficiency of buses for select Peace Establishments, Electric Buses will be plied. In fact an Open Tender Enquiry (OTE) is expected to be floated soon for procurement of 60 Buses (Electric) along with 24 Fast Chargers.

For working out the requirement, the Indian Army had taken into consideration the Operational role of the Establishments during operations. Also taken into account were the number of vehicles that were required to be shed for their Operational Role.

According to sources, these EVs will help to establish the right momentum for setting up the ecosystem for further induction of such vehicles in the Armed Forces.

More about Army’s use of EVs

As part of its Civil Hired Transport (CHT) the Army is using EVs and charging stations are already set up in Delhi Cantonment (Cantt) which provides support to EVs which are hired or which will be inducted later.

Are these charging stations open to civilians?

Yes, say sources. At the Delhi Cantt area a number of charging stations are open to civilians.

Earlier this year in April the Indian Army had a demonstration of available EVs to Defence Minister Rajnath Singh and these EVs were from various automobile giants including: Tata Motors, Revolt Motors, and Perfect Metal Industries (PMI). The company representatives not only showcased their EVs but also briefed the minister about the enhancement in technology and range of operation which was achieved in the past few years, explained sources.

Militaries across the globe are looking at either EVs or hybrid models to be used in their transport fleets. In Fact some militaries are also looking at tanks which can be run on lithium or hydrogen fuel.