Unmanned Aerial Systems (UAVs) are radically changing the face of warfare in the 21st century. But it is imperative that the focus should also be on counter-drone technologies. 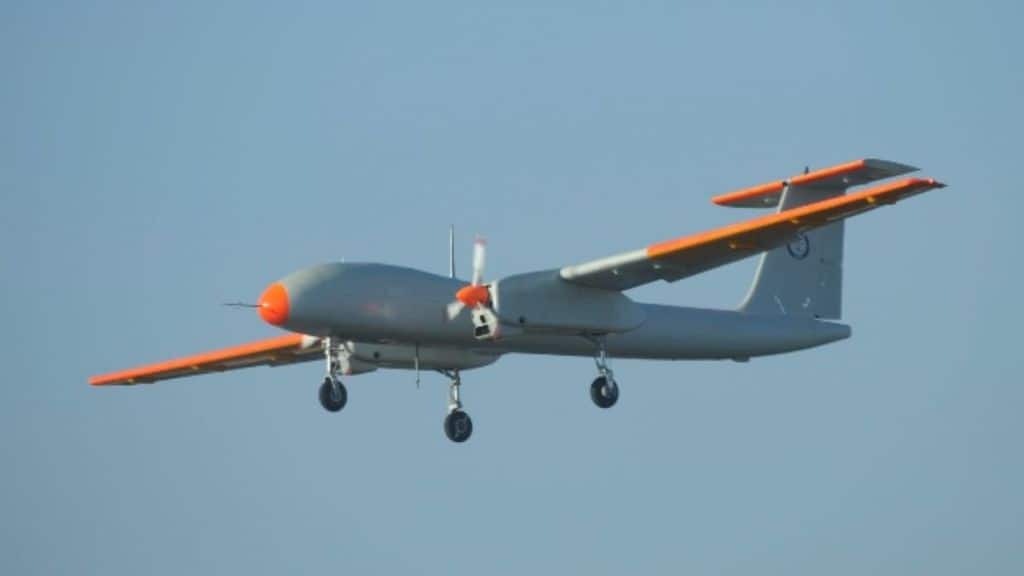 Unmanned Aerial Systems (UAVs), or Drones, are radically changing the face of warfare in the 21st century. The use of armed drones like the ‘MQ-1 Predator’ caught the popular imagination of security professionals, researchers and defence analysts due to their extensive use in counter-terror (CT) and counter-insurgency (CI) operations by the US-led coalition forces in Afghanistan, Iraq and other places. Besides conducting CI and CT operations, drones have extensively been deployed for intelligence and reconnaissance missions by many countries worldwide.

The recent conflicts in Nagorno-Karabakh between Armenia and Azerbaijan, the conflicts between Houthi rebels and the Saudi-led coalition in West Asia, and the ongoing Russia-Ukraine War have seen extensive use of combat drones and drone swarms. Since the onset of the Russia-Ukraine conflict, the debate on drone warfare has further intensified and gained traction as drones have exhibited a credible potential to inflict heavy damage on ground forces, including armoured columns. The current evolving patterns of conflicts suggest that the age of drone warfare has arrived. However, in contrast to the debates centred on drone warfare, the focus on anti-drone systems appears to be lacking and is comparatively less popular.

It is important to recognize that the drone challenge is in its infancy, at a level of sophistication comparable to where armoured warfare stood a century ago. However, ongoing cutting-edge research coupled with the gradual evolution of deployment tactics will further enhance the lethality of drones on the battlefield. With minor customisations, multiple options are available for any country investing in drone systems to make them more lethal and survivable.

Compared to other battlefield systems, a vast majority of drones are relatively economical. Therefore, countries with modest means can also mount swarm attacks to saturate and overwhelm the conventional defences of their adversary. The use of drone swarm technology has the potential to significantly impact every area of military competition, from enhancing supply chains to delivering warheads.  Drone swarms are multiple small unmanned platforms loaded with guns, bombs, and missiles designed to accomplish a shared objective while autonomously altering their behaviour based on communication with one another. Swarming should not be understood as a mere movement of a cluster of drones in a synchronised manner; instead, swarming is possible when drones coordinate, communicate and adjust their behaviour with one another in response to real-time information.

Due to their small size, drones are difficult to track and detect. Using various composite materials and design modifications, drones can acquire stealth features that can place them beyond the range of defensive missiles or below the horizon of defensive radars. Also, the ease with which any user can acquire drone technology from the international market makes it immune to international sanctions. For instance, the Iranian Shahad-136 drones deployed by Russia against Ukraine have Western technology for functions like guidance. In the absence of international regimes and strict international legal provisions to contain the proliferation of small and large combat drones, countries across the region are racing to develop indigenous drones and loitering munitions.

Besides their small size, drones can remotely be controlled and pre-programmed to exhibit unpredictable flight patterns. The erratic flight behaviour can confuse the defenders in finding a suitable point of air engagement to interdict and thwart the incoming attack. The Shahad-136 drone can be an example in this case, as it hardly exceeds the speed of 100 miles per hour. However, with a range of over 1,500 miles, it can hit the intended targets by following circuitous paths that can only be countered using extensive defensive networks.

The recent conflicts have also seen extensive use of Loitering Ammunition. Popularly known as Kamikaze or Suicide Drones, these are one-time-use weapons designed to find a target and crash into it, giving it its “kamikaze” nickname.  Once airborne, loitering munitions can hover over a target area for a considerable period to finally hunt down a specific target by a human-driven process from a remote-control station. Coupled with high precision and low cost, the Kamikaze drones are potent weapons to gain a swift tactical advantage on the battlefield. With further improvisations like onboard data fusion and satellite uplinks, these drones will become more versatile and capable of changing battlefield dynamics.

In contrast to the gradually evolving drone designs, the development of tactical air defence systems and counter-drone systems worldwide is stagnant and lagging. Armies worldwide have air defence systems that either lack the reach to engage distant drones or are too expensive to offer a suitable exchange ratio in defeating drones. Barring a few exceptions like Israel, most countries lack effective anti-drone systems. With drone swarms now frequently being used in conflicts, deployment and stockpiling of layered air defence salvos can prove to be a losing game compared to inexpensive threats emanating from drone swarms. In the near future, all likely efforts to further upgrade the kinetic options for drone defence will cost a multiple of what most drones do. It is precisely for these reasons that non-kinetic anti-drone options need more attention. The term “kinetic” here refers to the weapons that use force accomplished via motion, as in the case of a missile or other munition.

Against this backdrop, all the feasible non-kinetic options that can be explored are electronic jamming, lasers, electromagnetic pulse, GPS spoofing or a mix of all, deployed in a layered manner. The first step in countering any drone attack is to deploy proper monitoring equipment that not only detects and distinguishes rogue drones from other objects like aeroplanes and birds but also identifies the exact model of the approaching drone and employs adequate countermeasures. Radio Frequency (RF) Analysers, Acoustic Sensors (Microphones), Optical Sensors (Cameras) and Radars can enhance situational awareness and help track drones in real-time.

Upon tracking, Jamming is an option that can be employed to disrupt drone signals by overwhelming its receivers with electronic noise and radio frequencies. Drones use command links to operate and communicate with their remote pilots and thus depend on GPS signals to navigate. By sending its electromagnetic signals at the same frequency, drone jammers can overpower the GPS signals used by the drone and thus effectively disable it.

The application of microwaves is another option to thwart incoming drone attacks. High-Power Microwaves (HPM) can destroy and disable the guidance system of incoming rogue drones in an indiscriminate manner as compared to lasers and thus can be a potent counter against drone swarms. The Electromagnetic Pulse (EMP) generated by the HPMs interferes with radio links to disrupt and destroy the electronic circuitry of incoming drones (plus any other electronic device within range). Besides Jammers and Microwaves, Combat Lasers are also powerful probable solutions to counter the drone threat. Combat Lasers operate at the speed of light to achieve a non-kinetic kill by heating the UAV to a point where its systems fail. Lasers can be very effective against individual drones as they have pin-pointed accuracy and thus can avoid any collateral damage.

Both high-power electromagnetics and lasers are strong interdiction measures, typically used in a military context. However, they cannot be used as an effective countermeasure in a civil environment, especially in crowded areas, as they risk triggering the deployment of dangerous payloads mounted on an incoming drone or drone swarms.

The introduction of drones adds a new dimension to warfare in general and aerial combat in particular. They are capable of being a sniper in the sky. They thus can be deployed for precision targeting coupled with Intelligence, Surveillance and Reconnaissance (ISR) missions, and also capable of strategic bombing. Drones, therefore, can tactically change the battlefield scenario to yield strategic results. Drones can also fight asymmetric warfare and be deployed by terror outfits operating within national boundaries. While it is wise for countries worldwide to focus on acquiring and building a variety of drones and coupling it with disruptive technologies like artificial intelligence (AI) and the Internet of Things (IoT), it would be equally wise to focus on counter-drone technologies to mitigate the threats emanating from small rogue armed drones, that would require continuous and urgent research, development, and up-gradation.

Author is currently working as a Senior Research Fellow (SRF) at the Indian Institute of Technology- Madras, Chennai.