The evolving dynamics between China and the QUAD

Since then, HA/DR operations and whole hearted support of the neighbours in times of crises and need has become a part of the Indian diplomatic approach to the neighbourhood. 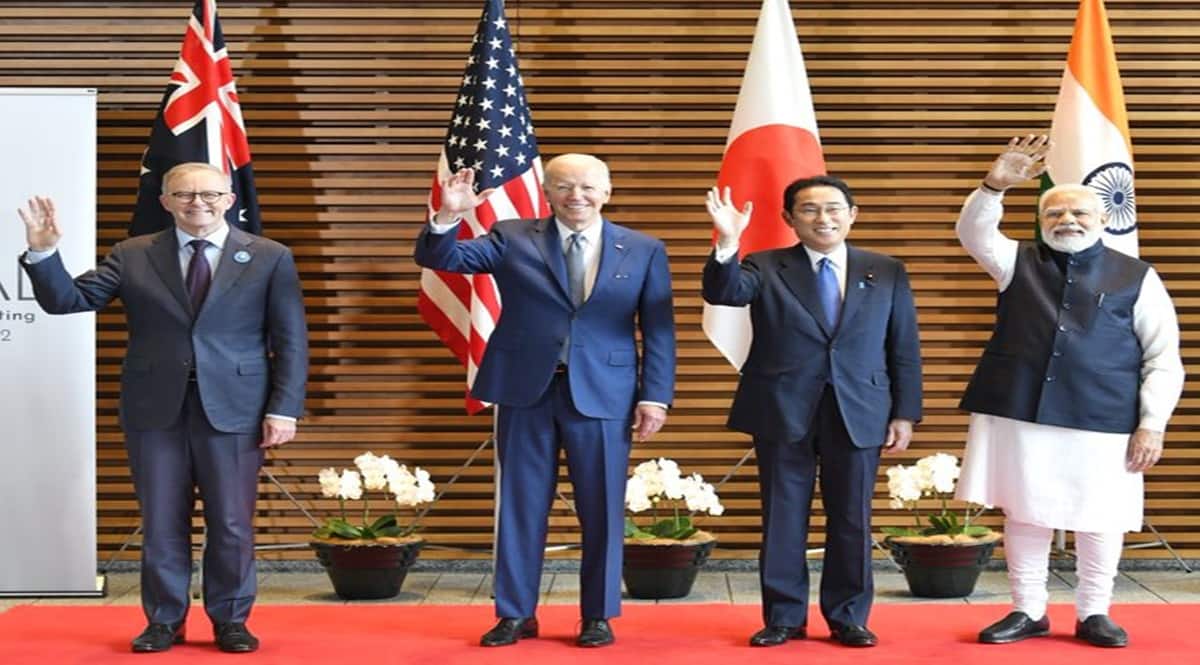 While originally a number of countries came together for the purposes of disaster relief, QUAD is only made up of the above-mentioned four members who usually conduct joint naval exercises in the Indian ocean.

As the heads of QUAD nations are meeting in Tokyo, the dynamics between the nations and that between QUAD and China are now more in focus than ever before. The world has just witnessed the Russia – Ukraine conflict and as the global politics is still trying to completely grasp the immediate and long-term impact of this conflict, the tensions between China and Taiwan seem to be on the rise. While QUAD is an informal grouping with no tariff or military benefits to the members; it is presently a need for all of the four member countries. Australia, India, Japan, and the United States of America presently stand to benefit from showing a collective front in the Indian ocean. The Indo-Pacific is a region of burgeoning international significance. Not only is it the hub of mercantile traffic, it is also the region for the battle for influence in Asia. While the QUAD was not always a strategic organisation it certainly is now, the beginning of the QUAD can be traced back to the group of countries that came together to collectively help the eleven nations that had faced devastation due to the Tsunami in the Indian ocean in the year 2004. The HA/DR operations at the time were led by India, even though India was one of the nations that was hit by the Tsunami. Since then, HA/DR operations and whole hearted support of the neighbours in times of crises and need has become a part of the Indian diplomatic approach to the neighbourhood.

The recent incarnation of the QUAD has more strategic and symbolic value than being a body for disaster relief and assistance. While originally a number of countries came together for the purposes of disaster relief, QUAD is only made up of the above-mentioned four members who usually conduct joint naval exercises in the Indian ocean. The primary objective of QUAD at the time was to contain the expansionist policies of China. Each of the countries that are a part of the QUAD have bilateral disagreements with China and face threat from Beijing at varying levels. China has seen an exponential rise in the past few decades both economically and militarily. When one includes this rise with the Belt and Road project; the sphere of Chinese influence starts to look almost limitless. The trillion-dollar infrastructural project that has been pioneered by Beijing aims at redeveloping the ancient silk route for trade as well as creating a maritime belt again aimed at facilitating trade. While the project seems focused on economics and even benign at first glance, the strategic aspects of the BRI equal the economic facets of the initiative. While China has been accused of using debt trap diplomacy to get more and more countries into the fold of BRI; the recent fall of Sri Lanka stands testament to the ramifications of the Chinese debt trap way of functioning. This has caused even more concern in the Indian ocean and especially in the Indian neighbourhood.

India has had border disputes with China regarding both the legitimacy and the location of the Line of Actual Control, the most recent tensions between India and China were during the 73 days long stand off between the two nations on the issue of Doklam in 2017. While the nations continue to engage on global and multilateral platforms, there is still visible unease between India and China.

Japan on the other hand has a long history of dispute with China, dating back to the medieval times. The Chinese and the Japanese are both ancient civilizations and have often found each other at opposite ends of the battlefield. The present battle amongst them is for the control of Senkaku islands among other things.

Australia seems to be the least threatened by the Chinese expansion. It is geographically far enough from China to not be in their immediate vicinity in the event of an actual war, they are also not the primary Chinese targets when it comes to expansion. However, Beijing does have a considerable hold over the Australian economy and maintaining a balance is essential for Australia.

The US is involved in a greater geopolitical battel for dominance with China. Washington and Beijing are often at odds with each other and the steadily growing interference by China in the Taiwanese ADIZ is not seen as a good sign by the US.

China has been quite vocal about its dislike of the QUAD, even calling it the Asian NATO. However, it is imperative to strip off the hyperbole of political rhetoric. QUAD is hardly a group let alone NATO; however, it is at the moment an important counter to the expansion of China. It would be interesting to see how these dynamics evolve as the Chinese influence continues to grow.

(Author is an independent political strategist and has a PhD from School of International Studies, Jawaharlal Nehru University. Views expressed are personal and do not reflect the official position or policy of Financial Express Online. Reproducing this content without permission is prohibited).