The Agnipath scheme has received a huge backlash from a significant number of military experts, saying it will adversely impact the functioning of the armed forces. 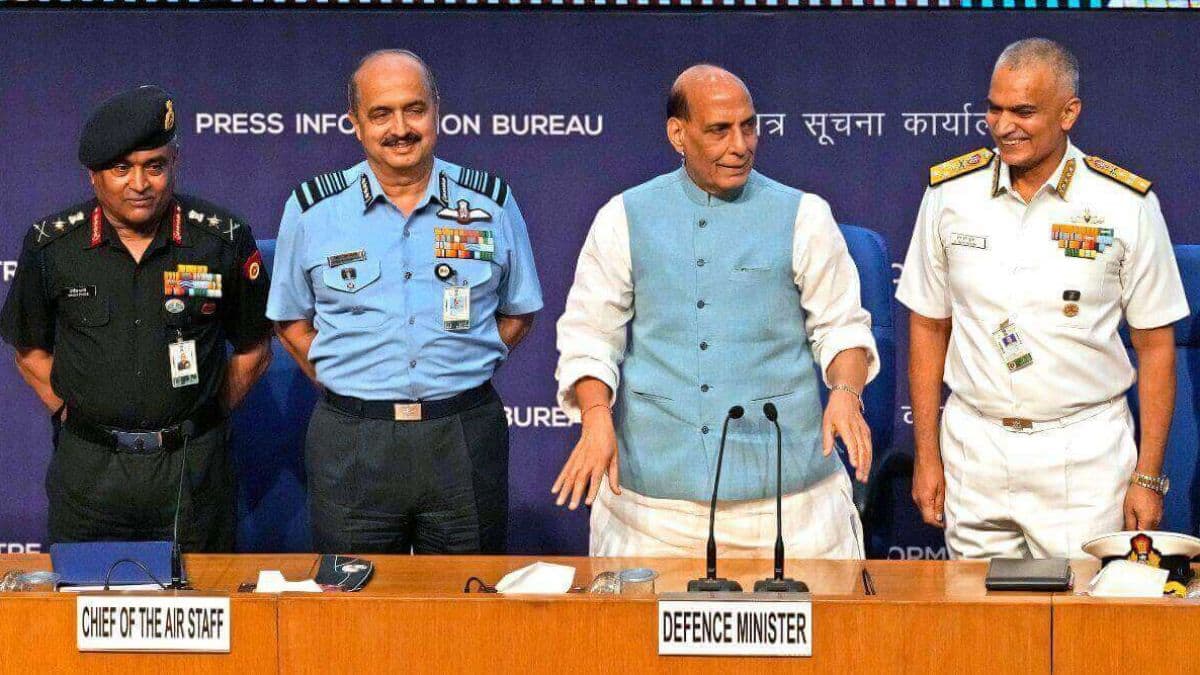 The government of India unveiled its defence policy reform — the Agnipath recruitment scheme of soldiers, sailors and airmen into the Indian Army, Indian Navy and Indian Air Force. Armed Forces have backed it as Air Chief Marshal V R Chaudhari said the Indian Air Force is looking to tap into the source of dynamic young people and it will train and expose them to the high-tech environment and hone their skills for future employment.

“The new scheme, therefore, gives the IAF an opportunity to draw from the vast pool of talent available in the country,” he said.

Amid protest against the new model for recruitment of soldiers into three armed services, the Centre has decided to increase the upper age limit for recruitment under the “Agnipath” scheme to 23 years from 21 years for the year 2022.

“Cognisant of the fact that it has not been possible to undertake the recruitment during the last two years, the government has decided that a one-time waiver shall be granted for the proposed recruitment cycle for 2022. Accordingly, the upper age limit for the recruitment process for the Agnipath scheme for 2022 is increased to 23 years,” according to a statement issued by the defence ministry.

But the Agnipath scheme has received a huge backlash from a significant number of military experts, saying it will adversely impact the functioning of the armed forces.

But what are the objectives?

While it is called a ‘critical reform’, such a concept has been already tested. The US is the Prime example with a four-year clause. As estimated about 80% of service personnel in the US retire without a pension. China is much quoted recently for their radical reforms which reduced the size of its military by 50% while strengthening its capabilities based on the concept of ‘smart-soldiers’.  What did the Indian Military plan to do then? Of course, not a radical idea by such comparison but certainly a step to break up norms to achieve the following objectives.

First– Induction of younger people will make the forces fitter and also plug the shortages that the three branches are currently experiencing.

Third– Arrest the spiralling cost as pensions which take away almost 60% of the defence budget.

In 2022-23, the Ministry of Defence has been allocated Rs 5,25,166 crore. This includes expenditure on salaries of armed forces and civilians, pensions, modernisation of armed forces, production establishments, maintenance, and research and development organisations.  With such a staggering number, India was the third largest defence spender in absolute terms in 2020 after USA and China. Expenditure on salaries and pensions forms the largest portion of the defence budget — Rs 2,83,130 crore– which is 54% of the defence budget. Capital outlay of Rs 1,44,304 crore, forms 27% of the defence budget. The remaining allocation goes towards stores (maintenance of equipment), border roads, research, and administrative expenses. The allocation to the Ministry of Defence is the highest (13%) among all ministries of the central government.

A simple analysis provides the rapid increase in the pensions and its share in the Defence Budget. Expenditure on defence pension has grown at an annual average rate of 10.7% between 2012-13 and 2022-23. This is indeed a cause for serious concern as year on year, the capital outlay for the modernisations remains utterly insufficient to drive many meaningful programs and projects. The scheme is expected to cut the ballooning salary and pension bills of the armed forces as there will be no entitlement to gratuity and pensionary benefits.

Another critical aspect is itself the very nature of warfare that has already transformed into a very different kind with tech orientation. It leaves no alternative but to push certain measures down in the existing structures. The Armed Forces cannot afford to hide under the ‘established tradition’. The new forces want such tech-oriented and a younger lot to embrace the spirit of change.  There is no doubt about the intentions and its objective where the Department of Military Affairs (DMA) is instructed to bring about reforms in tune with the reality. But has it done in haste? Will it erode the very ethos of the services that it aimed to build upon?

The Central government believes that the Agnipath scheme is a major overhaul of the decades-old selection process to enhance the youthful profile of the three services. The three chiefs of the Armed Forces have also strongly backed the scheme and said it was unveiled after over two years of deliberations.

After the scheme was rolled out, the Army said it would ensure an enhanced youthful profile of the force and result in a “reduction in the average age from 32 to 26 years over a period of time”.

The very fundamental about the program is that a newly recruited soldier will be able to serve the country for only for four years. The four-year tenure under the new scheme will include a training period of around two-and-a-half months to six months. It will create a base for the recruits to be absorbed by the armed forces. Will it serve the objective? “Whilst there is an absolute agreement on the well-defined objective, the proposed scheme certainly needed a well-structured plan and policies for the recruits past their short tenure,” said a former commander of IAF. This also reflects on the immediate change of the age for the applicants as the protests are widening across many parts of India.

But the positive side is the Agnipath scheme would allow young aspirants to join Indian Army early and spend 4 years of temporary role in the force—even in combat role. What are benefits?  “Agniveer” in the first year of employment would get ₹30,000 and the in-hand amount would be ₹21,000 as ₹9,000 would go to a corpus with an equal contribution from the government. Later, each “Agniveer” will get an amount of ₹11.71 lakh as the “Seva Nidhi Package” and it will be exempted from income tax. Besides, “Adniveer” will get schooled and trained by the best of professional from the Indian Armed Forces.

“Chances are that their employability will increase manifold once they leave the services,” said a retired Army General. In fact, Army Chief General Pande was quoted as saying, “The Agniveer, leaving after four years, will be empowered with suitable skills and financial means and carry a unique resume that will significantly enhance his/her value and employability in civil society.”

The question largely centres around the combat capabilities and if that will impact the characteristic valour of the armed forces—naam, nakam and nishan—as often imbibed and cherished by the soldiers.

A large section that includes many veterans and leaders from the Armed Forces who fought many wars have gone very critical against it. What is bothering them?

General Vinod Bhatia (retired) wrote on Twitter that the Agnipath scheme — also called the Tour of Duty scheme— was not tested, no pilot project, straight implementation. He cautioned “Will also lead to militarisation of society, nearly 40,000 (75 per cent) youth year-on-year back rejected and dejected without a job, semi trained in arms ex-Agniveers. Not a good idea. No one gains.”

So that is the part of the problem which seeks to find solutions as to what could have been a well-structured and thought-out process and plans for ex-Agniveers. According to the defence ministry, on completion of the four-year tenure, 25 per cent of the Agniveers will be enrolled in the Armed Forces as regular cadres for a minimum period of 15 years.

The statement from the Ministry of Defence again points out the lapses that are being addressed one by one since the protests have gone nationwide. “The remaining will get assistance for further employment avenues,” Defence Minister Rajnath Singh told the media, adding that various states and ministries in the central government are working towards ensuring that Agniveers get preference in jobs after they complete their tenure and the full picture will emerge in a few days.

Government has been deliberating on this for the last two years. Could it have been projected in a better way? Only time will tell as the shot has been fired already.