Sweeping changes in the Indian Army: Time to go slow

Naam-Namak-Nishan is an axiom central to the Indian Army. This axiom is written in every cantonment throughout the country. 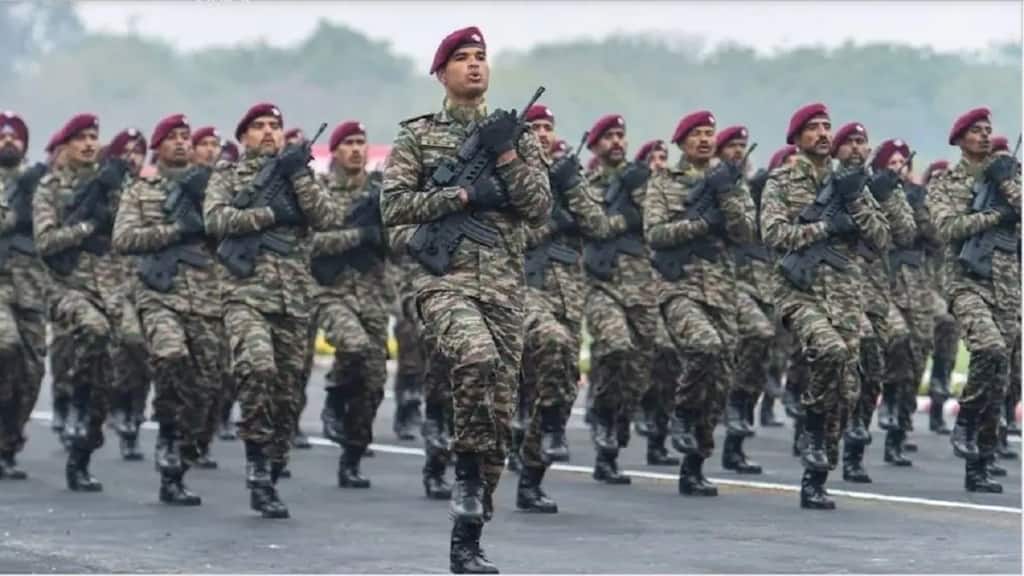 In 2021, while addressing the Combined Commanders Conference which took place in Gujarat’s Kevadia, Prime Minister Narendra Modi had focused on the indigenisation customs, procedures and doctrines of the Indian armed forces. (Image Courtesy: PTI)

Mark Shelly’s quote, “nothing is as painful to the human mind as a great and sudden change” quite explains the shock that many Veterans and those who have some connection with the Indian Armed Forces went through as news spread of a meeting in the Indian Army Headquarters under the aegis of the Adjutant General on September 21, 2022 to review a plethora of traditions and practises which are an integral part of the Indian Army that has made it the finest fighting force in the entire world.

Naam-Namak-Nishan is an axiom central to the Indian Army. This axiom is written in every cantonment throughout the country. Naam-Namak-Nishan when translated into English means Name-Salt (loyalty)-Colours.

For a soldier the name of his paltan or his regiment is of paramount importance. Come what may, a soldier will never sullen the name of his regiment. Equally important is his loyalty to his regiment, which can never be compromised under any circumstances. And to protect the “izzat” of the Nishan or Colours which in today’s times is the National Flag and the Colours of the Regiment which are presented by the Hon’ble President of India, a soldier will never think twice before sacrificing his life. A soldier gives his life willingly for Naam-Namak-Nishan if the situation warrants it.

For a newly inducted soldier it takes immense training and a rich pride in the history and heritage of the regiment he joins, for him to make the supreme sacrifice of his life for the nation whenever the call of duty beckons. And this happens over days and months and years.

Read More: Indian Army: What it means to change the traditions and customs

The Indian Army appears to be in an inexplicable hurry to change the very foundations which has made it the finest fighting force in the world, be it doing away with the pre-independence theatre/battle honours or a review of its uniform and accoutrements which are supposed to have any colonial legacy.

Would it be prudent and proper for the present day 4 Sikh battalion of the Infantry of the Indian Army to forget the bravery of 21 Sikh soldiers who fought against 10,000 tribesmen on September 12, 1897? 4 Sikh as a battalion, traces its origin to these 21 Sikh soldiers. Every soldier posted to this battalion is told about the bravery of these 21 soldiers and he vows to honour their legacy and lineage.

My ancestors belonged to that portion of Punjab that is in Pakistan now. Should I stop using my surname just because my ancestors were not born after 1947 in India?

The Agnipath scheme which was announced in June 2022 envisages a paradigm shift in the recruitment and service conditions of the soldiers being recruited in the Tri-Services.

The last recruitment in the Indian Army under the earlier 15-year mandatory service rules took place in 2019, just before the Covid-19 pandemic struck in early 2020.  The lot of soldiers recruited in 2019 will retire in 2034 (unless they rise in the promotional sweepstakes) and that year onwards in each Armoured Regiment which has 500 soldiers, 125 soldiers will be long service soldiers and 375 will be Agniveers of upto 4-year service.

An Armoured Regiment has 60 ‘A’ vehicles and 70 ‘B’ vehicles. It takes about 8-10 years for a soldier of the Armoured Corps to master driving an ‘A’ vehicle. Also, out of these 125 soldiers with more than 4-year service, approximately 50 will be in centralised roles in the Regiment and the Squadrons, thus leaving just 75 soldiers to drive the 60 ‘A’ vehicles and 70 ‘B’ vehicles. The balance drivers would be the inexperienced under 4-year service Agniveers.

The service of the 4-year period of an Agniveer will be grossly inadequate to meet the operational requirements of an Armoured Regiment and if the fundamentals of Regimentation too are done away with, there will be an incalculable price to pay post the 2034 era in case a war is waged against India.

The system of Regimentation and the traditions and practises used to harness its combat potential in the Indian Army have proved to be very effective and efficient. Robert Atkins quote is quite apt “Don’t fix what’s not broken”.

I would suggest that these changes be not done till 2050 at least, as by that time the efficacy and effectiveness of the Agnipath scheme would be fully known and any changes required would have been factored in.

It ought to be never forgotten that India is located in one of the most precarious geopolitical situations in the world with two hostile neighbours on the western and eastern borders.

Performance in sports is an important indicator of battle performance. The performance of the battalions and the regiments of the Infantry and the Armoured Corps which have been raised since long is much better than the newly raised battalions/regiments.

Since we as a nation haven’t fought a full-fledged war since 1971, one hopes that these massive changes, if implemented, are not a cause of concern in future if we have to go to war. It should be remembered that the primary role of the Indian Army is war and not counter-insurgency operations.

The case studies of the reforms in the Russian Army and the Chinese Army announced in 2008 and 1984 respectively, are a stark reminder that in spite of having numerical superiority in troops and advanced weapon systems, these two armies have been found wanting in battle performance.

Quintilian’s quote “Nothing is more dangerous to men then a sudden change of fortune” needs to be understood in the context that sudden and sweeping changes of almost everything right from recruitment to the tradition and practices that are pivotal to the Regimental spirit, can boomerang.

It is time that the Indian Army goes slow on its reforms. Alison Malee rightly quipped “There is a kind of beauty in the growth, slow down”.

The author retired from the Corps of Engineers of the Indian Army is an alumnus of NDA, Khadakwasla and IIT Kanpur. He is  M.Tech in Structures and has also done MBA and LLB.  He Tweets and Koos at @JassiSodhi24.