Wong also noted that India has increased and intensified cooperation across multiple fronts with regional countries since it announced its “Look East” policy in the early 1990s which was renamed “Act East” policy by Prime Minister Narendra Modi. 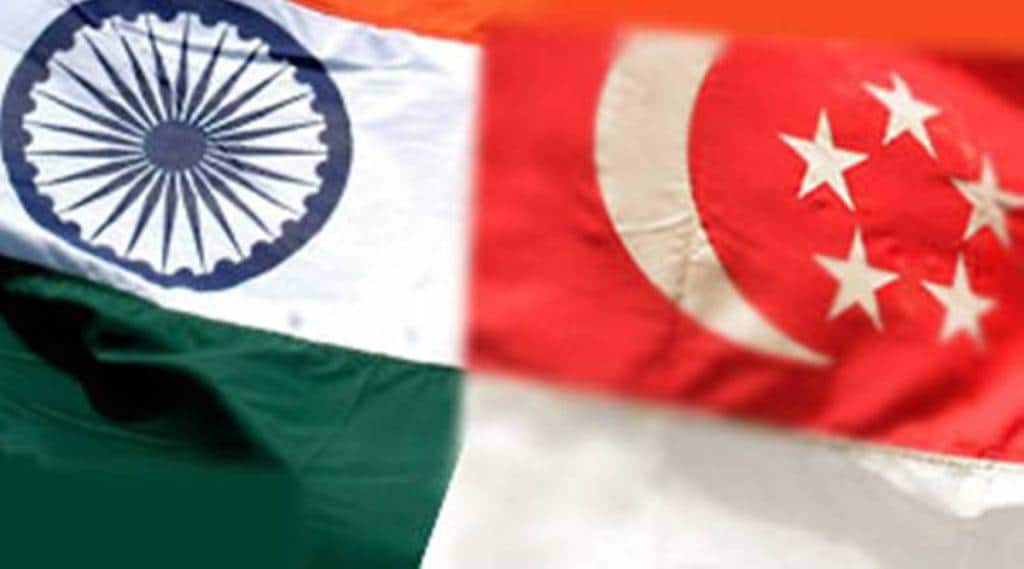 During the Wong-led ministerial visit to New Delhi, Singapore and India have agreed to cooperate in several new areas. (Representational image: IE)

Singapore has always believed in India as a strategically important partner and sees it playing a larger role in the evolving regional architecture for Asian cooperation, Deputy Prime Minister Lawrence Wong has said. Wong also noted that India has increased and intensified cooperation across multiple fronts with regional countries since it announced its “Look East” policy in the early 1990s which was renamed “Act East” policy by Prime Minister Narendra Modi.

“There is broad recognition in India that a significant part of India’s interest lies to the east of India,” said Wong, who is on a five-day visit to India. “So, we welcome India’s participation in the broader region. We see India playing a larger role in this evolving regional architecture for Asian cooperation,” Channel News Asia quoted Wong as speaking to Singapore journalists on Tuesday.

A growing economic weight, which some reports have estimated for India to become the world’s third-largest economy after the US and China by 2030, could also see India taking on a larger role in regional and international affairs, Wong said. Meanwhile, India will be assuming the presidency role for the Group of 20 meetings next year, meaning that the country will play a bigger leadership role in tackling global issues, be it climate change or pandemic response, Wong believes.

Also Read
Indian Army: What it means to change the traditions and customs
IAF and Army Day events move out of Delhi NCR for first time ever
Catch-22 for HAL Tejas in Argentina
PM Modi was right when he said this is not time for war: French President Emmanuel Macron at UNGA

“On Singapore’s part, we have always believed in India as a strategically important partner and that’s why we’ve had close ties all these many decades, and it’s a relationship built on deep reservoirs of mutual trust,” he said. “As country coordinator for the ASEAN-India relations (from 2021 to 2024), we hope to see India be engaged in the ASEAN (Association of Southeast Asian Nations) in a more constructive and systematic manner and we … look forward to India becoming an important player in this evolving regional architecture,” he said.

Apart from participating in the inaugural India-Singapore Ministerial Roundtable in New Delhi, Wong also met Prime Minister Modi and other senior Indian leaders during his India trip. During the Wong-led ministerial visit to New Delhi, Singapore and India have agreed to cooperate in several new areas, ranging from food and energy security, and green technology to digital connectivity, Wong said. He also believes that the inaugural India-Singapore Ministerial Roundtable can serve as the platform for regular meetings between both sides and to coordinate new areas of partnership moving forward. Wong, who is also the Finance Minister, said Singapore has been in talks with India on how to strengthen the relationship between both countries, but the Covid-19 pandemic put many of these plans on hold for the past two and a half years.

“With the Covid situation improving in both our countries, we were able to resume discussions,” he said, adding that both countries eventually decided on a new high-level ministerial roundtable as a way to strengthen cooperation.“That’s why I was very happy this time to be able to come here to launch the roundtable and to meet with my counterparts,” the Channel had Wong as saying.

“We had very candid, very wide-ranging discussions across a wide range of areas, and we also agreed on several new areas of cooperation, including on food and energy security, on green technology, particularly green hydrogen, on digital connectivity and skills development,” he said.Wong noted that Singapore and India have “complementary strengths” in several areas.Citing financial technology (fintech) as an example, he described India as having “considerable potential” given its efforts in digitalisation and “explosive growth” in the start-up space.

Singapore has also been growing its fintech ecosystem. While Singapore may be “a much smaller market”, the country serves the broader region given its role as a financial centre, said Wong.This means possibilities for both sides to collaborate in fintech – an area that will be given a boost by the new agreement signed by the Monetary Authority of Singapore and India’s International Financial Services Centres Authority over the weekend.

“(Fintech companies) can experiment, they can test, they can innovate through a regulatory sandbox in both Gift City (Gujarat International Finance Tec-City) and Singapore, and potentially scale their solutions in both jurisdictions,” he said.Wong also expressed his hopes for the high-level ministerial roundtable, held for the first time as part of his visit, to be an annual event moving forward.

“We want the ministerial roundtable to be a standing arrangement for ministers on both sides to meet on a regular basis,” he added, although he stressed that the meeting will take on a “flexible” format that can adapt to changing needs and demands.For example, the Deputy Prime Minister was joined by Foreign Minister Vivian Balakrishnan, Minister for Trade and Industry Gan Kim Yong, and Minister for Transport and Minister-in-charge of Trade Relations S Iswaran at the roundtable.

The Singapore ministers met their Indian counterparts in the three areas of foreign affairs, finance and trade and industry, but future meetings could include more ministers depending on the areas discussed, said Wong. The ministers were also joined by business leaders from both countries this time. “We are working out the frequency of the meetings, but it is likely to be an annual event. The format of it, who are the participating ministers, whether business delegations are joining us, these are things that we will evolve and adjust from year to year,” Wong said.