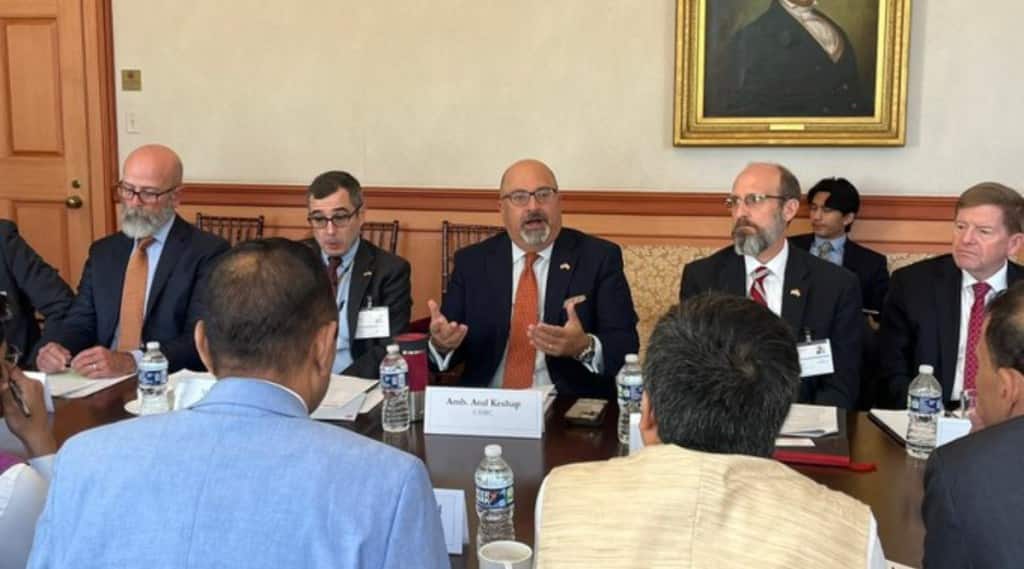 Indian defence companies under the umbrella of Society of Indian Defence Manufacturers (SIDM) recently concluded their visit to the US and the focus of the visit was to further enhance the Defence cooperation between the two countries.

The delegation had interactions with the US Department of Defense, US Chamber of Commerce and the National Defense Industrial Association, USIBC and also US Aerospace giant Boeing Company.

This encompasses a broad range of activities including joint exercises, trade in military hardware, intelligence sharing, joint humanitarian and relief efforts, mutual port visits by naval ships, and, most importantly, co-production and co-development of military systems.

Which eight companies went under the SIDM banner?

The maiden visit of the SIDM delegation from Sept 19-23, was led by Neeraj Gupta, Chairman, SIDM International and Exports Committee and Managing Director, MKU Ltd. They had meetings in Washington DC, had meetings with the Ambassador of India to the US Taranjit Sandhu, who gave his perspective on the India-US Defence Partnership.

Neeraj Gupta, Chairman, SIDM International and Exports Committee and Leader of the Delegation told Financial Express Online, “This being the first Industry-led delegation to the United States underscores the importance that SIDM places on India – US Defence Cooperation.”

Also Read: Historic Day: IAF gets indigenous LCH, look at how it compares with others like Apache

“Our interactions with the US Chamber of Commerce, US Department of Defense and the National Defense Industrial Association highlighted the immense potential for our Industries to collaborate. SIDM will be working with these stakeholders to make sure our bilateral defence trade grows in the next few years’’, Mr Gupta added.

Discussions at this roundtable focused on India-US Defence Technology Collaboration. And during the meeting they also talked about how Indian companies can be part of the US Defence Supply Chain.

From the US side those present included US Chamber of Commerce and Ambassador Atul Keshap, President USIBC, Kieth Webster, President, Defense and Aerospace Council, Michael Vaccaro, Performing the Duties of Deputy Assistant Secretary of Defense for Industrial Base Policy, US Department of Defense;  Terry Emmert, Principal Deputy, Deputy Chief Technology Officer of Mission Capabilities, Department of Defense.

Since the last few years to promote bilateral industrial cooperation between the two countries and defence industries on both sides, SIDM, has been working with the US Department of the Defence and Ministry of Defence. There have been several interactions to help deepen relations. Earlier this year in March, Jesse Salazar Deputy Assistant Secretary of Defence for Industrial Policy held an interaction with SIDM to lay out US DOD (Department of Defense) priorities vis-à-vis Indian Industry.

Among other meetings SIDM had included one with the National Defense Industrial Association (NDIA). This association represents around 1800 US Defense Companies and the talks were related to exploring collaborative opportunities between SIDM and NDIA members.

And also had interactions at Center for a New American Security & Fairfax County Economic Development Authority.