The strategic location of the Indian Ocean island, nations highlight their centrality in a regional security construct and give them an importance that belies their size. 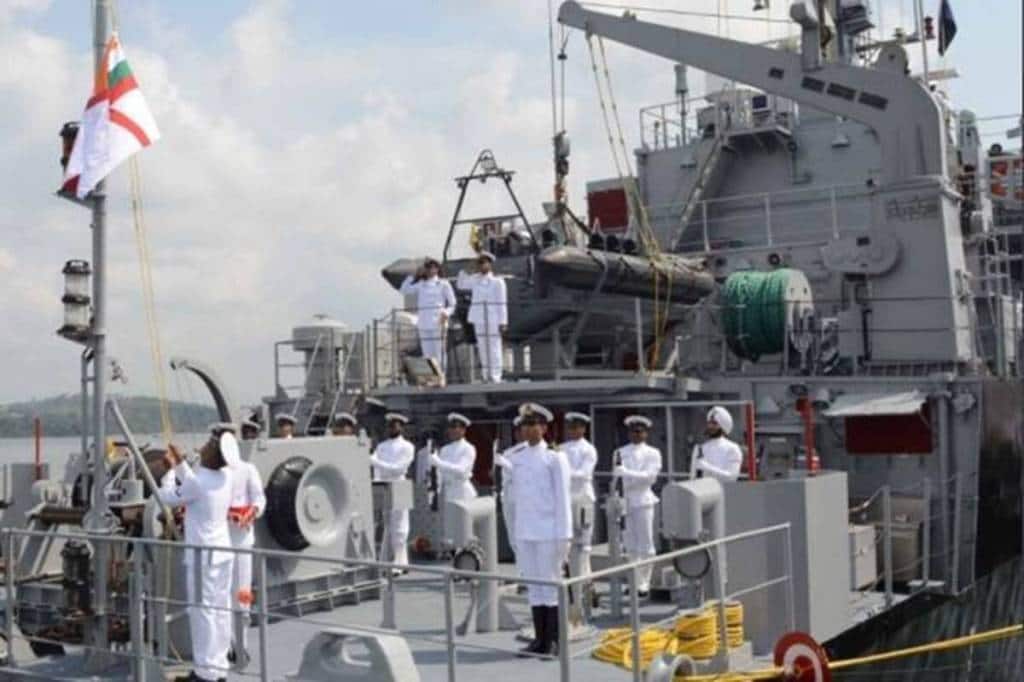 All of these pose a grave threat to India’s and the neighbourhood’s security.

In 2015 Prime Minister Narendra Modi, during his visit to Mauritius, had articulated his vision of SAGAR, the Hindi word for sea and an acronym for ‘Security and Growth for All in the Region’ which highlighted the maritime orientation of India’s strategic neighbourhood and the importance of enhancing regional maritime security. Recent visits by the External Affairs Minister and the Foreign Secretary to India’s maritime neighbours further underlines this. Most recently, the National Security Adviser was in Colombo for the India-Sri Lanka-Maldives trilateral which was held after a gap of six years and focussed on maritime security in the Indian Ocean region.

The Indian Ocean is faced with a wide spectrum of traditional, non-traditional and transnational security challenges. Countering these effectively in the vast expanse of the ocean requires a collective and inclusive security architecture with other countries in the region. India, as the largest power in the Indian Ocean and a net security provider in the region, has taken the lead in developing this construct to secure not only its own strategic interests and but also those of the other countries in its maritime neighbourhood. This engagement is anchored in enhancing the bilateral and multilateral strategic relationship with the region through capacity and capability building for ensuring the security and the economic well-being of the region through an all-of-government approach.

In the security domain, India’s biggest challenge is to deal with an aggressive and belligerent China. While the prolonged stand-off on the LAC is a clear and immediate danger, China’s long- term strategic intent is to dominate the Indian Ocean en route to its ultimate goal of displacing the USA as the global superpower. Its ambitious Belt and Road Initiative (BRI) has ensnared many of the countries in India’s neighbourhood into a debt-trap which they are unable to extricate themselves from. China is seeking sovereign compromises from these nations which is detrimental not only to India’s strategic security but is a direct threat to an inclusive Free and Open Indo-Pacific. Securing this neighbourhood from China’s nefarious intent is therefore an inescapable imperative for India. The Maldives has been offered financial support to repay part of its debt but the magnitude of the Chinese investment in the region precludes any immediate relief.

China is also able to exert political and military leverage through its export of military hardware to Bangladesh, Myanmar, Sri Lanka and Pakistan and is developing bases and ports in these countries. It is wooing the strategically located island states like Seychelles, Maldives etc with economic largesse and infrastructure development including the setting up of surveillance facilities and is propping up political regimes favourable to it. There is now a permanent Chinese naval presence in the Indian Ocean and a steady increase in the presence of ‘research’ vessels ( a euphemism for spy ships), and Chinese fishing fleets in the region.

Non-traditional, low-intensity transnational threats like maritime terrorism, piracy, IUU (Illegal Unreported and Unregulated) fishing, arms and contraband trafficking, marine pollution, natural and man-made calamities and a host of others are on the rise. These make the region vulnerable to exploitation external state and state-sponsored actors and have the potential to destabilise the region. All of these pose a grave threat to India’s and the neighbourhood’s security

India is countering this through political, diplomatic and economic means through inclusive capacity building initiatives with its maritime neighbours which, besides providing infrastructure and human resource development, people to people interaction, enhanced trade and tourism etc, also includes security aspects like enhancing their maritime domain awareness capability, improving their Search and Rescue organisation, mutual information sharing and developing an integrated regional maritime security architecture. The Indian Navy, as a net security provider in the Indian Ocean, is the first responder in providing humanitarian assistance and disaster relief during natural and man-made calamities in the region, the most recent being the assistance provided in tackling the severe fire on a tanker and preventing a major ecological disaster in the waters off Sri Lanka.

The strategic location of the Indian Ocean island, nations highlight their centrality in a regional security construct and give them an importance that belies their size. India is actively engaging with them in enhancing regional maritime security. It is integrating neighbours like Mauritius, Seychelles, Maldives, Sri Lanka, Bangladesh and Myanmar into its coastal surveillance network and has installed radar stations in many of these countries. This has also augmented maritime domain awareness in the Indian Ocean where India has taken the lead in developing an information-sharing network. The Indian Ocean Region Information Fusion Centre (IOR-IFC) located close to New Delhi collates and disseminates maritime information received from all across the region through White Shipping Agreements with more than 20 countries and many more in the offing. Information sharing with similar organisations in Singapore and the Horn of Africa would provide a very comprehensive maritime domain awareness of the entire region.

The environmental threat to the marine ecosystem due to climate change and unprincipled depredation of marine resources threatens the very sustenance of some of the small island states in the Indian Ocean. India is an important voice in various global fora and is deeply committed to the Sustainable Development Goals. It must therefore take the lead in championing the cause of the Small Island Developing States (SIDS) and articulate their concerns in these. It must also develop inclusive Blue economy initiatives to mitigate the existential threat faced by them. India’s presence in the UN Security Council as a non-permanent member for the next two years and the Presidentship of the G20 in 2022 will provide it with the opportunity to do so.

Maritime Diplomacy and ‘showing the flag’ forms an important part of regional capacity building. Bilateral and multilateral naval exercises, maritime information-sharing mechanisms, developing common standard operating protocols and showing the flag through the port visits are important foreign policy instruments. The Indian Navy presently exercises with over 40 navies and more than a dozen Indian naval warships are in various parts of the Indo-Pacific on multi-mission deployments. It’s status as a stabilising force in the Indian Ocean enhances the Indian Navy’s credibility as a regional maritime power capable of taking the lead in addressing regional maritime security concerns.

Export of military hardware also constitutes an important aspect of economic and military diplomacy and contributes to regional capacity building. India, which till recently did not encourage defence exports has realigned its policy and has set an ambitious target over the next five years. Presently India is exporting military hardware to many of its smaller neighbours but the recent transfer of a Kilo-class submarine to Myanmar was a new high and sent a distinct message to the region of the importance India attaches to regional capacity building and maritime security.

The invitation to the heads of government of the BIMSTEC nations to attend the Prime Minister’s swearing-in ceremony in May 2019 signalled the importance India attaches to its eastern flank in its Act East Policy. The Bay of Bengal and BIMSTEC provides vital connectivity for India with Southeast Asia. This connectivity is being enhanced through various initiatives which include the development of a multimodal transport corridor connecting South Asia and South-East Asia, setting up a port in the Sitwe region of Myanmar, augmenting capacity building amongst the BIMSTEC members and securing the Bay of Bengal from the unwelcome attention of predatory external influences.

Addressing the clear and present danger to India’s maritime security and its strategic maritime interests should be the country’s foremost priority because of its long-term implications. .India’s foreign policy initiatives in recent years are encouraging but the problem lies in their implementation. The engagement with our maritime neighbourhood is yielding positive outcomes but will this be enough to address the concerns?

On the eve of Navy Day, while the country celebrates the navy’s achievements, the national leadership must reflect on whether it is providing the Navy adequate capability to secure India’s maritime frontiers and secure its strategic interests? The answer regrettably may be disappointing.

(The author is an Indian Navy Veteran. Views are personal)