For the countries in the Gulf Region, India is a preferred partner, as they are keen on diversifying their economies and are also in the process of developing their defence industries. 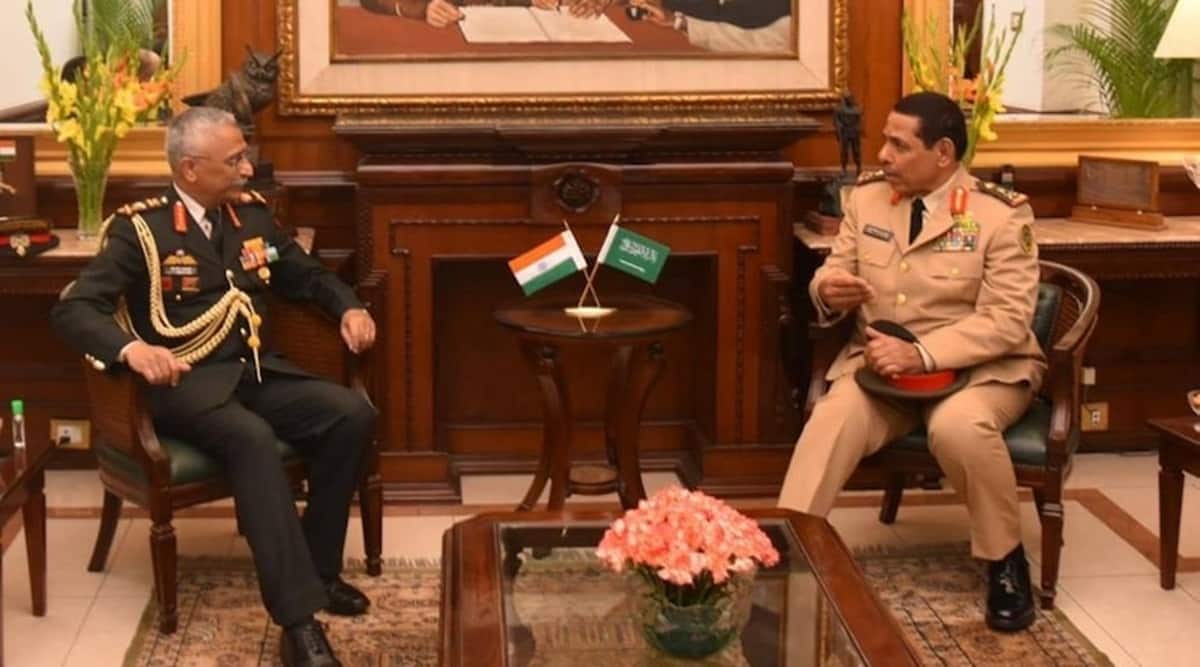 On Tuesday (Feb 15, 2022), Commander of the Royal Saudi Land Forces Lieutenant General Fahd Bin Abdullah Mohammed Al-Mutair who was in India sought deeper military cooperation with India. For the countries in the Gulf Region, India is a preferred partner, as they are keen on diversifying their economies and are also in the process of developing their defence industries. According to an official statement issued by the Ministry of Defence, the Commander of the Royal Saudi Land Forces had a meeting with the Chief of the Indian Army Gen MM Naravane and both talked in depth about areas of collaborations between the militaries of both sides and also talked about security aspects in the region.

The relationship between the two countries has been growing as there are several common interests and this includes, fighting terrorism, mitigating effects of climate change, stated the official statement issue.

The relationship between the two countries is also focused on deeper defence relations.

From Saudi Arabia, this is the first ever such a high level visit by a serving officer to India and it indicates the growing defence cooperation between the two countries. In fact in 2020, the Indian Army chief had visited the Gulf country, which was the first ever.

The meeting of the military leaders was focused on further strengthening of the existing ties and increasing bilateral courses, as well as identifying areas where both sides can engage more.

During the course of several discussions and briefings, the Indian Army’s own Army Design Bureau also made a presentation before the visiting Commander and highlighted the competencies and the capability of the Indian industry. The presentation also highlighted the systems which have been developed by the Army Design Bureau, which are in the process of being evaluated and getting inducted.

What was showcased by the Army Design Bureau?

The Indian Army officers also briefed the Saudi officers accompanying Lieutenant General Fahd Bin Abdullah Mohammed Al-Mutair, about how the start up ecosystem is being facilitated together with the industry in India.

The visiting officers were told about the Indian government looking for major investments by the private sector in defence research and development, which has now been opened up for startups, industry and academia.

According to a senior Indian Army officer, possible areas of collaboration with the Indian industry for the Saudi Armed Forces were also on the agenda of the talks.

This was the first ever tie-up. Financial Express Online has reported earlier that the Saudi company has been founded by Sheikh Mohammed Mustfa-Zaini Al-Shaibi, who is a member of AL Shaibi family in the Kingdom of Saudi Arabia (KSA). The agreement is for transfer and deployment of the cutting edge technological solutions critical for Security areas for civilian use as well as Aerospace & Defence.

In 2019, for the first time ever the two countries carried out a joint naval exercise. And in the same year Saudi Crown Prince Mohammed bin Salman visited India in October. During the meeting with Prime Minister Narendra Modi and the Saudi Crown Prince, the setting up of Strategic Partnership Council was announced, and the focus was on security and economic cooperation.

Since Saudi Arabia is seeking to have a presence in the Indian Ocean Region, it has decided to work closely with India for enhancing maritime security, which is critical for safe and secure international trade.

And, in line with the Make in India initiative and Saudi Arabia’s `Vision 2030’, both sides are keen on deepening joint production of spare parts for land and naval systems as well as setting up a supply chain.