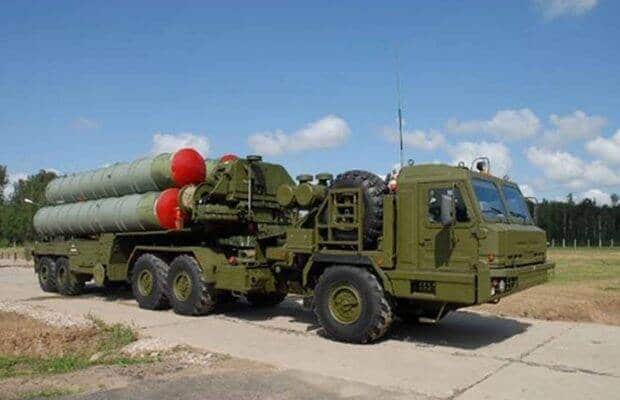 In October 2018, a contract worth USD 5.43 billion was inked between the two countries at the end of summit level talks. And as per the timeline mentioned in the contract the delivery of the five regiments will be completed in five years.

As has been reported by Financial Express Online earlier this month, the director of the Federal Service for Military-Technical Cooperation (FSMTC) Dmitry Shugaev had announced on the sidelines of the Dubai AirShow about the delivery process of S-400 starting.

According to Alexander Mikheev, the director general of Russian state arms exporter Rosoboronexport had announced recently that a team of specialists will reach India early next year to hand over the equipment at its locations.

How will the Russian system add more power to India’s air defence?

The S-400 Triumf air defence missile system will come through air and sea routes and will give an edge to the IAF which would be able to take out the enemy fighter jets and cruise missiles from a distance of almost 400 km.

Officers and personnel of the IAF have undergone intense training in Moscow and are now in India and according to senior officers soon start focusing on the eastern borders and provide resources for training of personnel within the country.

The delivery of the first regiment is taking place at a time when the militaries of India and China are in a standoff in the eastern Ladakh sector.

Does China have this system?

Yes, it does. Two S-400 units have been deployed across Ladakh and Arunachal Pradesh — at Ngari Gar Gunsa and Nyingchi airbase in Tibet. China has deployed these systems also facing Taiwan.

The system that is arriving is going to be deployed at a location which is close to the Western border of the country and this deployment will take care of the threats from Western and Northern borders with Pakistan and China.

The Financial Express Online had reported earlier that the US had offered the anti-ballistic missile defence system Terminal High Altitude Area Defense (THAAD). To ensure India does not buy the Russian system, Patriot Advanced Capability-3 (PAC-3) too was offered to India.

However, none of the alternatives offered to India were comparable to the Russian Air Defence System which is considered to be the world’s best. Both THAAD and PAC-3 do not compare in the capabilities that the Russian system offers to India.

What India needed for its own air defence was S-400 after which the Trump administration had threatened India with CAATSA sanctions. This meant that the US was willing to impose sanctions against any country which was doing trade with North Korea, Iran and Russia.

India has to defend against enemies from Pakistan as well as the constant belligerence of China.

India decided to go with the Russian system deal and had conveyed to the US that the discussions and negotiations for S-400 were going on much before the CAATSA.

Based on the information available in the public domain the S-400 can be assembled in a very short time of mere five minutes and can be fired from any terrain. It comes with a capability of tracking radars and airborne threats. And is hard to detect and destroy as the Russian S-400 is very mobile and the launchers are mounted on 8×8 cross-country trucks.

The American THAAD has a single layer defence which is used to counter the intercontinental ballistic and intermediate range missile systems. It is a one dimensional missile system as it can fire only one type of missile upto a range of 150-200 km and cannot intercept a fighter jet.

The S-400 has the capability to fire different types of missiles with different ranges upto 400 kms.

The PAC-3 on the other hand has the ability to intercept aerial targets at a range of 180 km. It also has the capability of launching ballistic missiles upto a range of 100 km.