For the 18th time, Vincent Johnson, Master Chief Petty Officer Musician and Hon Sub Lieutenant will be leading a 72 men band, as a drum major. 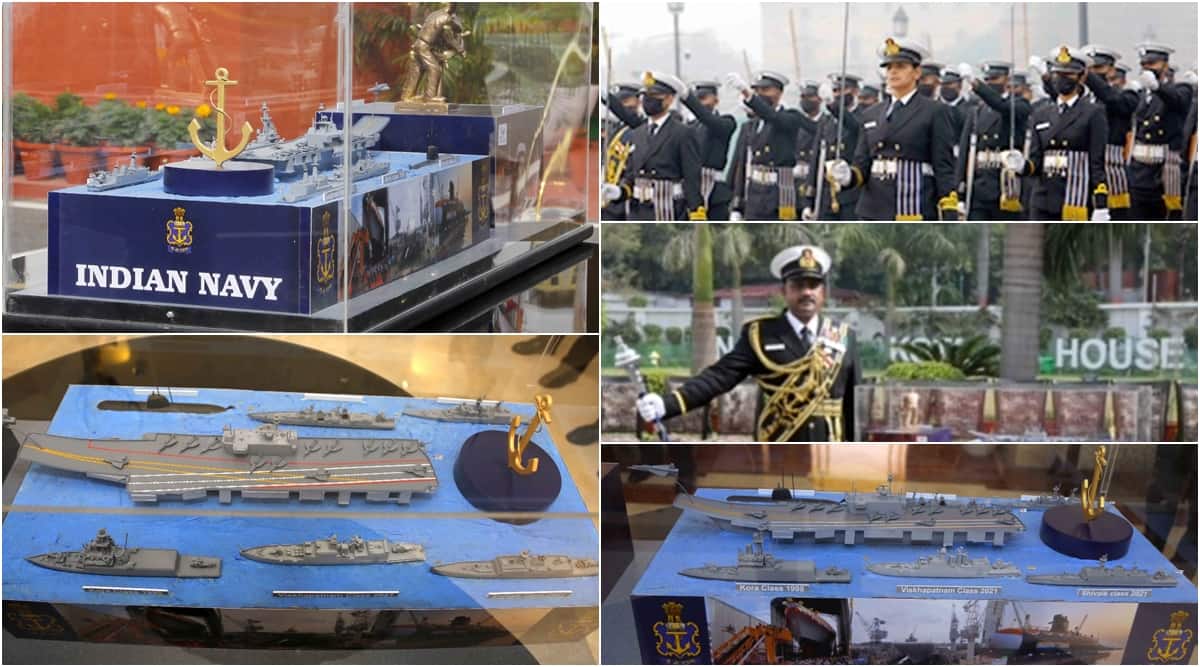 Also, there will be a model of indigenous aircraft carrier Vikrant with Light Combat Aircraft in air.

The tableau of the Indian Navy this year is going to be interesting as it will depict the naval uprising of 1946 and also on display will be the service’s theme of ‘Combat Ready, Credible and Cohesive’.

Why is the 1946 Naval Uprising important?

This was the uprising which according to officials had contributed to India’s Independence Movement.

There will be around 96 men, with three platoon commanders led by a woman officer of the Indian Navy at the 73rd Republic Day on January 26.

According to an official statement of the Indian Navy, the marching contingent will be led by Lt Commander Aanchal Sharma. She was commissioned in June 2016 and is an observer officer. Presently she is posted at the Indian Naval Air Squadron (INAS) 314.

India is celebrating 75 years of independence as ‘Azadi Ka Amrit Mahotsav’. The contribution of the Indian Navy to the country’s freedom struggle will have a special mention in the tableau.

“The naval uprising of 1946 – will be the forward part of the tableau and the rear section will illustrate the ‘Make in India’ initiatives of the Indian Navy, particularly for the period 1983 to 2021,” Lt Mayank Bhagour, an Aviation Officer currently posted at INS Rajali told the media virtually.

Indigenous efforts of the Indian Navy

Also, there will be a model of indigenous aircraft carrier Vikrant with Light Combat Aircraft in air.

There will be the models of the indigenous Frigate Shivalik, missile corvette Kora, destroyer Visakhapatnam, on the left and on the right there will be models of Destroyer Delhi, P-75 submarine Kalvari, and Frigate Godavari.

According to the naval officer, frames on the lower section of the trailer will depict indigenous construction of naval platforms.

For the 18th time, Vincent Johnson, Master Chief Petty Officer Musician and Hon Sub Lieutenant will be leading a 72 men band, as a drum major.