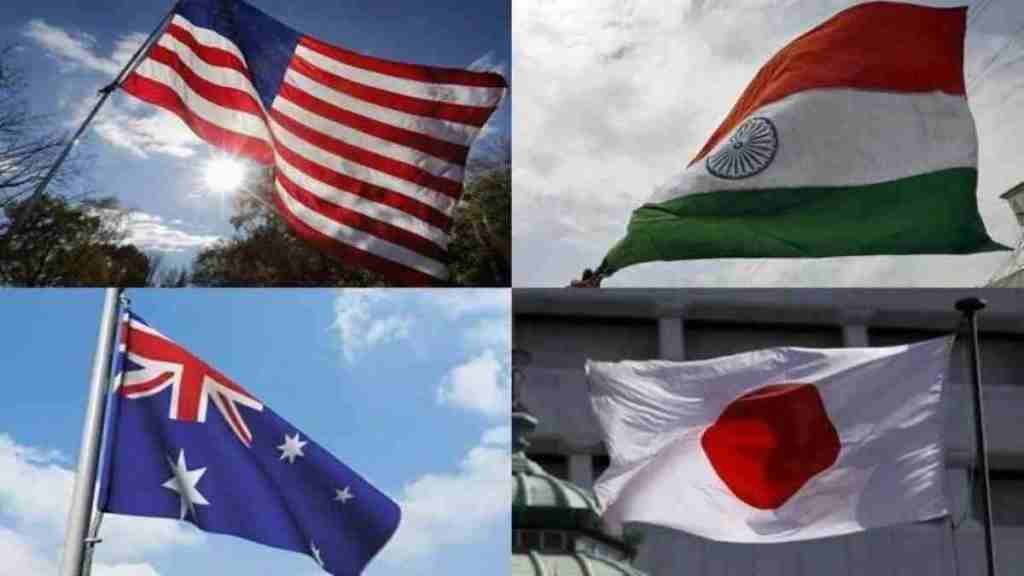 The Quad grouping of India, Australia, Japan and the United States has said it strongly opposes any unilateral actions that seek to change the status quo or increase tensions in the Indo-Pacific, amidst China’s increasingly intimidatory behaviour in the region.

The foreign ministers met in New York City on the sidelines of the 77th United Nations General Assembly to deepen Quad multilateral cooperation in support of advancing a free and open Indo-Pacific, which is inclusive and resilient, according to the joint readout of the meeting held here on Friday.

“The Quad’s vision is for a region where the rules-based international order is upheld, and where the principles of freedom, rule of law, democratic values, peaceful settlement of disputes, sovereignty, and territorial integrity are respected,” the joint readout released by the US State Department said.

“We strongly oppose any unilateral actions that seek to change the status quo or increase tensions in the region,” the four foreign ministers said.

They reaffirmed their conviction that international law, peace, and security in the maritime domain underpins the development and prosperity of the Indo-Pacific,” according to the readout.

“We also reaffirmed our unwavering support for ASEAN (the Association of Southeast Asian Nations) unity and centrality, ASEAN-led regional architecture, and practical implementation of ASEAN’s Outlook on the Indo-Pacific,” it said.

China claims nearly all of the disputed South China Sea, though Taiwan, the Philippines, Brunei, Malaysia and Vietnam all claim parts of it. Beijing has built artificial islands and military installations in the South China Sea. China also has territorial disputes with Japan in the East China Sea. China and India are also involved in a protracted military standoff in eastern Ladakh.

India has been consistently maintaining that peace and tranquillity along the Line of Actual Control were key for the overall development of the bilateral ties.

In the meeting, they also underscored the Quad’s unwavering support for the UN Charter, including its three pillars, and their steadfast commitment to strengthening and reforming the UN and international system.

“The Quad affirmed its support for a UN that solves the consequential challenges of our time and safeguards our shared and interconnected resources. This includes the full implementation of the 2030 Agenda for Sustainable Development, and achievement of the Sustainable Development Goals,” the four ministers said.

The leaders said they are committed to advancing a comprehensive UN reform agenda, including through the expansion of permanent and non-permanent seats of the UN Security Council so that the Council reflects the current global realities and incorporates more geographically diverse perspectives.

“We underscored the need to address attempts to unilaterally subvert the international and multilateral system, including in the UN.

“We welcomed progress in delivering on Quad commitments. In particular, we were pleased to sign guidelines to operationalise the Quad Humanitarian Assistance and Disaster Relief Partnership for the Indo-Pacific announced by Quad leaders in May 2022,” they said.

The foreign ministers said they look forward to the counter-terrorism tabletop exercise being hosted by Australia later in 2022.
“We, the Quad Foreign Ministers, resolved that our vision for the Quad’s multilateral cooperation will be predicated on action-oriented engagement for the benefit of people throughout the Indo-Pacific,” they said.