PM’s first foreign visit in 2022: This is where Modi might travel to in New Year

Though no dates have been announced officially, sources confirming this to Financial Express Online also indicated that “The visit is likely to take place in January. 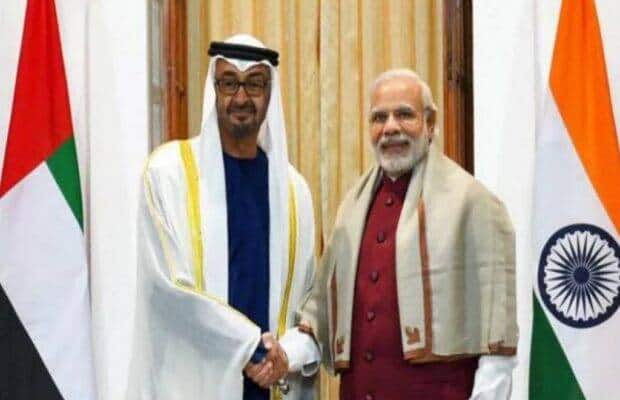 Early January, Prime Minister Narendra Modi is expected to travel to the United Arab Emirates (UAE). This according to sources will be his first visit in 2022. Though no dates have been announced officially, sources confirming this to Financial Express Online also indicated that “The visit is likely to take place in January. However no dates have been confirmed as it all now depends on the COVID situation with the recent discovery of the new COVID-19 variant. The focus will be on the ongoing Dubai Expo where India is showcasing its achievements over 75 years of Independence.”

And “other issues related to the ongoing discussions of India-UAE Free Trade Agreement, as well as the new grouping of India-US-UAE-Israel will be the focus of talks with the leadership of the Gulf nation.”

The pavilion divided in two parts is in a four storey building and has attracted a large number of visitors.

Highlights of the pavilion are the focus in 11 main sectors including: Travel and Connectivity; Urban and Rural Development; Water; Climate and Biodiversity; Space, Tolerance and Inclusivity; Health and Wellness; and Food, Agriculture and Livelihoods.

Earlier this month, External Affairs Minister Dr S Jaishankar was in Dubai and had the India Pavilion at the Dubai Expo. And during his interaction with the media, Dr Jaishankar had indicated that after the hybrid meeting of the foreign ministers of the US, Israel, UAE, soon there will be an in-person meeting and it will take place most likely in Dubai.

While there, the Indian foreign minister also had interaction with the top leadership of the country.

In October, four countries including India had decided to form a new group focusing on Economic Cooperation and is being called the West Asia QUAD.

This new QUAD has identified areas of interests and cooperation including maritime security, infrastructure projects, economics and trade and other projects to be undertaken jointly. As has been reported earlier, the four ministers in their hybrid meeting had agreed to have a forum for furthering economic cooperation.

For the first time, earlier this year, India participated in a major multinational air combat exercise in the UAE and had deployed fighter jets and heavy-duty airlift aircraft.

For “Desert Flag’’ the IAF had sent six Sukhoi-30MKI fighters, two C-17 Globemaster-III aircraft and around 125 personnel. Air Forces from the US, Bahrain, Saudi Arabia, France, South Korea and UAE had participated in the drill in the Persian Gulf.

And countries like Kuwait, Jordan, Greece and Egypt were the “observers” for the war-games which were three weeks long and were coordinated by the air warfare centre of the Al Dhafra air base in UAE.

In the last five years, this was the fourth time that IAF had participated in a multilateral exercise. In 2016, IAF had gone for the American ‘Red Flag’, in 2017 for the Israeli ‘Blue Flag’ and the Australian ‘Pitch Black’ war games in 2018.

On an invitation from Major General Ibrahim Nasser M Al Alawi, Commander of the UAE Air Force and Air Defence (UAE AF and AD), former Air Chief Marshal Bhadauria had visited UAE. The visit took place in August this year and was eight months after the Indian Army Chief’s visit to that country.

The former Air Chief’s visit had focused on further deepening of the defence cooperation and Air Force level exchanges as part of the comprehensive strategic partnership between the two sides.

In the first ever such visit, in 2020, Indian Army Chief Gen MM Naravane had visited UAE and Saudi Arabia.

India already enjoys close strategic-military ties with the UAE, a country which provided support by sending its own Airbus MRTT refuelling aircraft to IAF’s new Rafale fighters on their over 7,000-km flight to India from France.