The leaders also discussed the evolving regional security situation, Afghanistan under Taliban 2.0 as well as other issues of mutual interest like drug trafficking, threat of terrorism as well as cooperation in various other sectors. 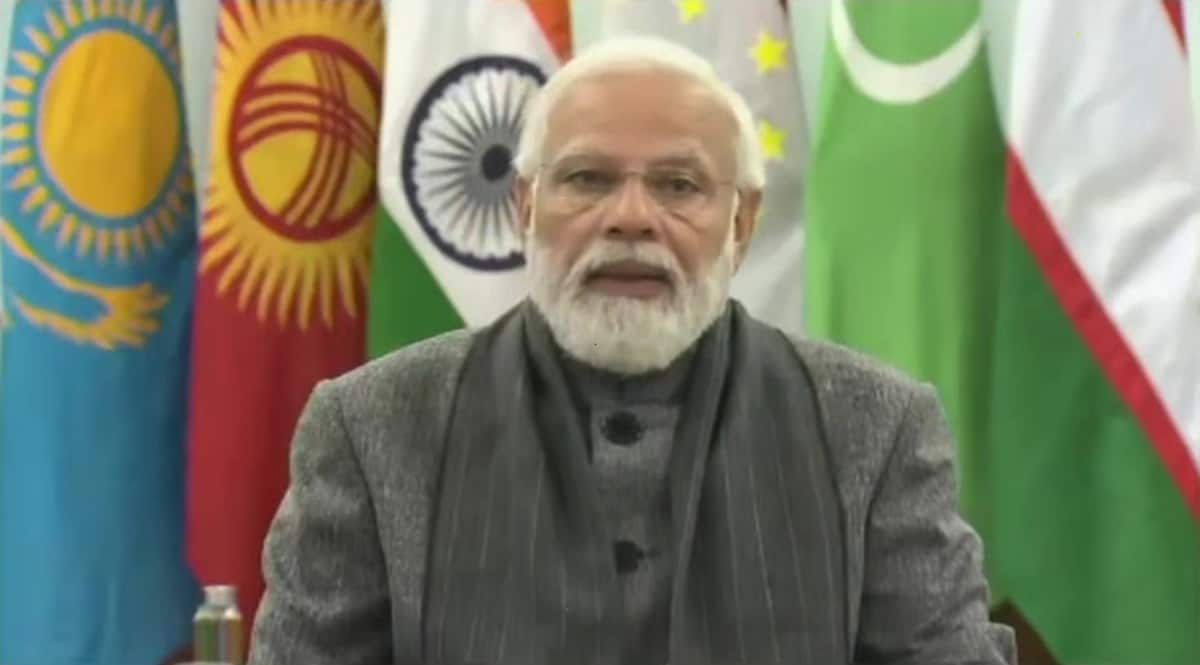 The summit level talks took a day after Republic Day Celebrations, where the five leaders were expected to be the Chief Guests. Due to the growing numbers of positive COVID-19 cases, this year there were no guests at the celebrations due to COVID-19 pandemic.

The leaders also discussed the evolving regional security situation, Afghanistan under Taliban 2.0 as well as other issues of mutual interest like drug trafficking, threat of terrorism as well as cooperation in various other sectors.

Who are the five leaders who attended the virtual summit?

The summit level meet though virtually was symbolic of comprehensive and enduring India-Central Asia Partnership. And, according to the Ministry of External Affairs, is the first time India has hosted the leaders of five countries of the region at this level.

As reported in Financial Express Online earlier, in 2021, New Delhi had hosted the secretaries of the National Security Councils of Central Asia at the Regional Security Dialogue on Afghanistan.

And then last December, the inception of the India-Central Asia Dialogue took place at the Foreign Ministers’ level meeting in New Delhi. This was the third meeting which had taken place in physical format from December 18-20, 2021.

Prime Minister Modi in 2015, has visited all the five countries in the region which is considered as India’s “extended neighbourhood.’’

Sources told Financial Express Online that Kazakhstan is India’s strategic partner and there have been frequent visits of leaders from both sides. In fact, there have been five visits by the Kazakh First President Nazarbaeyev to India and PM Modi has visited that country twice – 2015 & 2017.

The bilateral trade between the two countries is the highest in the region and touched USD 1.9 bn in 2020-21. This is due to major oil imports from there.

Also, there are opportunities for both countries to jointly develop and produce and upgrade military platforms. The space agencies of both countries are in talks about building a satellite together.

There are around 5000 students from India enrolled to study medicine.

There have been six visits of the Presidents of that country to India and PM Modi has visited that country twice in 2015 & 2019. Kyrgyzstan, a strategic partner of India has received USD 200 mn LoC which was extended in 2019.

Both countries are jointly collaborating in High Altitude Research and Kyrgyz-India Mountain Biomedical Research Centre has been set up. India has also gifted a Bhabhatron. There are regular annual joint military drills “Khanjar’’ .

Almost 15,000 students from India are studying there.

Being a strategic partner, the two sides have a strong cooperation in defence and both hold similar positions on Afghanistan.

PM Modi visited in 2015 and there have been six visits by President Rahman to India.

There is also India-Tajik Friendship hospital.

Being a strategic partner, there have been high level visits from both sides. PM Modi visited in 2015 & 2016 and Uzbek Presidents have visited India seven times.

The bilateral trade is around USD 300 million and there is good cooperation between the Andijan region and Gujarat.

There is a trilateral working group on Chabahar – India-Uzbek-Iran.

In 2018, India extended LoC of USD 1 billion and four projects worth USD 450 mn have been approved. Also, projects under High Impact Community Development are in the process of implementation.

Several Indian Universities including Amity, Sharda, and Sambhroom are in the process of setting up their campuses in that country. Also, medical Units and centres like Medanta are being set up.

Besides the Entrepreneurship Development Centre which was set up by India in 2019, a pharmaceutical plant is being set up there by Cadila which has invested around USD 50 mn.

There have been three visits by Turkmen Presidents to India; and the PM visited in 2015. And in the same year, the first Yoga and Traditional Medicine centre in Central Asia was set up in Ashgabat.

There are regular ICCR and ITEC courses conducted by India and IT Centre in 2011 and an Industrial Training Centre in 2002 have been set up in that country.