He said counter-insurgency operations would be further speeded up to wipe out terrorism, while efforts are on to further strengthen security arrangements to counter the threat posed by the drones, especially in the aftermath of the recent attack on the Indian Air Force base in Jammu. 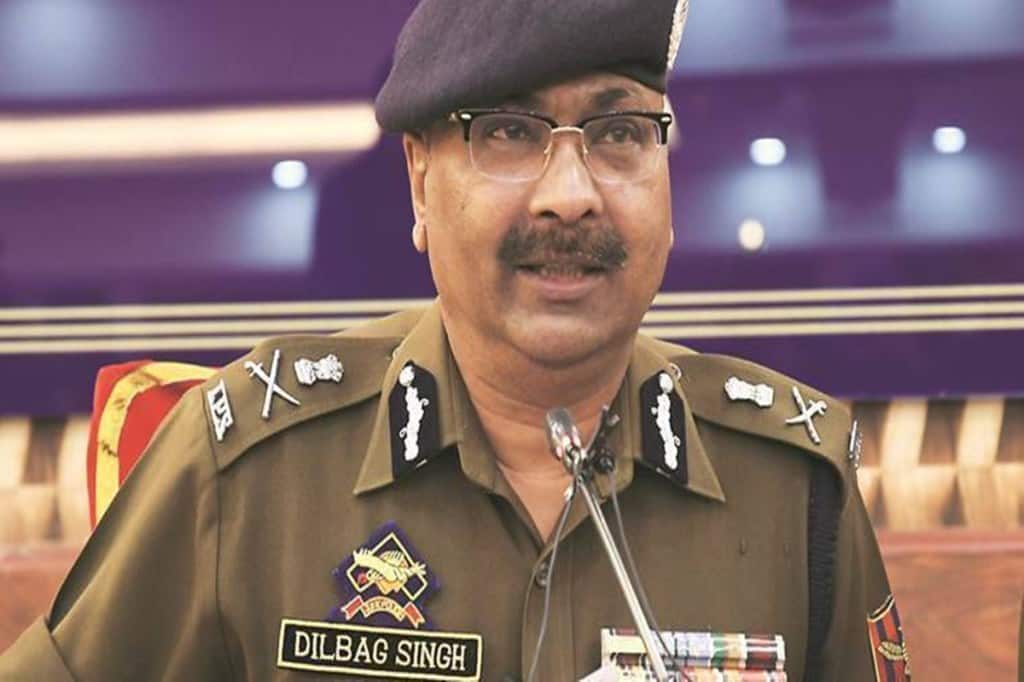 Before the attack in Jammu, Singh said over a dozen incidents of weapon droppings by LeT with the use of drones have taken place. (File photo: IE)

Asserting that Pakistan-based Lashkar-e-Taiba (LeT) and Jaish-e-Mohammad (JeM) outfits are behind the dropping of arms, IEDs and narcotics by drones in Jammu and Kashmir, Director General of Police Dilbag Singh said on Friday that the time has come to defeat and reject terrorism to usher in peace and development in the Union Territory.

He said counter-insurgency operations would be further speeded up to wipe out terrorism, while efforts are on to further strengthen security arrangements to counter the threat posed by the drones, especially in the aftermath of the recent attack on the Indian Air Force base in Jammu.

Talking to reporters after the attestation-cum-passing-out parade of the 27th Basic Recruitment Training Course (BRTC) in Kathua district, the DGP said LeT’s hand is suspected behind the twin drone strikes inside the IAF station, Jammu in the early hours of Sunday.

”The investigation [in the IAF bombing] is in progress. We have not reached any conclusive stage so as to say who is actually involved but now that we have past history of Lashkar using drones to drop weapons, narcotics on this side besides the ready-made Improvised Explosive Devices to be planted at various locations… so at this stage, I would only say that LeT hand is suspected and rest when we move further in the investigation we will be able to say further,” Singh said.

Referring to the arrest of a terrorist with 5.5 kgs of IED in Jammu, he said a module was busted which was planning to carry out an IED explosion at a crowded place to cause large number of casualties on the same day when the twin bombs were dropped on the air force station. ”The IED came and was sent from the LeT handler from that side [Pakistan]. The fellow who was to receive that IED has been arrested by police and is being interrogated. The IED was to be planted at a crowded place to cause a large number of casualties,” the police chief said, complimenting the security agencies and Jammu police for the successful operation of thwarting the attempt before the IED could be planted.

Before the attack in Jammu, Singh said over a dozen incidents of weapon droppings by LeT with the use of drones have taken place. He said RDX was found used in the IED which was recovered. ”It was fabricated to be carried and dropped by a drone,” he said.

Describing drones as a major security threat, Singh said the use of drones by anti-national elements, terrorists, to drop weapons and IEDs is a threat and we are taking counter steps (to defeat their designs). The DGP said Jammu and Kashmir has witnessed lot of death and destruction due to terrorism. ”My message to the youth is that there is enough bloodshed of innocents by terrorists and the time has come to reject and defeat terrorism on every front. Youth should be equal partners in peace, prosperity and development and should save themselves from such activities which are not beneficial to them, their families and the society as a whole,” he said.

About recruitment of local youth in terrorist ranks in the valley, he said the recruitment is taking place but it is much less than the earlier. ”We have been engaging the youth in a positive direction and it (the recruitment) is almost nil compared to previous years. In future, we believe it will drop further,” he said. When asked about the rise in encounters between security forces and terrorists in the valley, the DGP quipped ”more encounters will take place”. ”There are people who are enemies of peace and a threat to the lives of innocents. They are involved in acts of terror and linked to [terror] groups outside J&K and planning violence in different areas. They [terrorists] will be finished and so operations are being further intensified against them,” he said.

The DGP said the ceasefire between India and Pakistan is holding on the Line of Control and International border. ”There is lull on that count as there is no ceasefire violation reported as of now [after the February agreement between India and Pakistan]. However, the weapon dropping through drones from across the border is taking place at the behest of LeT and JeM, which are actually operating from Pakistan,” he said. When queried on whether the drone used to bomb the IAF station had come from Pakistan or launched by someone in the vicinity of the base, he said the investigators suspect that the drone has come from across the border but the second aspect cannot be ruled out at this point of time.

The police chief said all the security agencies have got together after the drone strike and held a series of meetings to review the security arrangements of vital installations and places to ward off such types of attacks in future. ”Some additional measures have been taken which cannot be discussed in the media. Some measures have been taken and more measures are in the pipeline,” he said, adding ”some new technology has also been deployed (to counter the drone threat).”