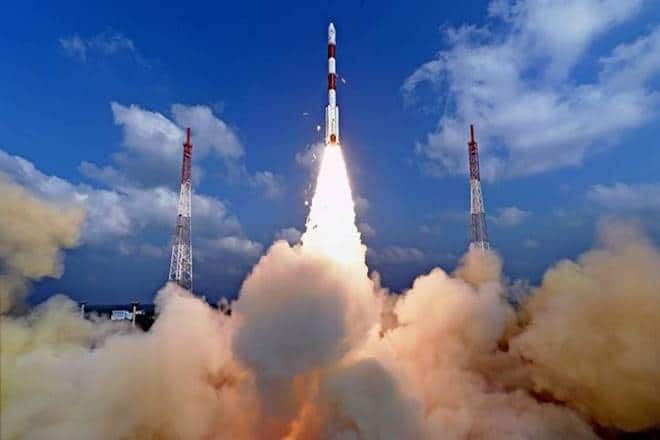 India’s Satcom policy must provide a roadmap to AtamanirbharBharat in satellite communication.

Space being a capital-intensive, low volume, high-value business, the Indian ecosystem had inadequate access to capital, largely due to limited domestic market opportunities and long gestation cycles. “With the opening up of the Space sector for private participation, the Indian ecosystem can now leverage on Indian Space Research Organisation’s (ISRO) infrastructure and know-how to build globally competitive solutions with lesser investments,” says Vivek Kimbahune, Executive VP – Sales and Business Development, Saankhya Labs. In his interaction with Huma Siddiqui, he talks about the benefits to private companies, and how it can catapult India as one of the leading space economies in the world.

How is the private sector going to benefit from the government’s recent decision to open up the space sector?

Also Read
US offers critical technologies to India under iCET
Russia completes the assembly of reactor vessel for Kudankulam nuclear power plant
New logo of G20 unveiled for 2023 – Know all about the Symbol of Hope
Exclusive: Boost for Haryana, road shows next month to showcase Integrated Aviation Hub

We welcome the decision taken by the Government to open up the space sector for private companies. It is a momentous step in India’s Space Odyssey.

The Indian space sector is synonymous with ISRO and opening up the sector will unlock the vast potential of India’s space economy. The private sector can now tap into India’s market potential to deliver innovative satellite solutions directly to end-users. Given India’s market size and capabilities, it will inspire confidence in the investment community to back new entrants with the latest space technologies and disruptive business models.

How is India faring on the space segment and significance of this space policy decision?

India’s space program is one of the most comprehensive ones in the world today. With modest beginnings in the 1960s, ISRO has strived hard to propel India to feature amongst the elite league of nations considered as the world’s ‘Space Superpowers’.

Today, ISRO has world-class capabilities and infrastructure, servicing the strategic, defence and commercial requirements of the nation in key areas such as satellite communication, earth observation and satellite-aided navigation. The proposed collaborative approach with the industry would help India to increase its market share in the global space economy.

The space economy is an important asset of the superpowers in the world today. The technology and business landscape of Satcom is changing at a rapid pace. To harness the enormous potential of space opportunities both domestically and worldwide, the Indian space economy must scale up. Currently, an estimated 2,666 satellites are in orbit. The US is the world leader with over 1300 satellites in orbit, followed by China which has over 350 satellites. In contrast, India ranks sixth in the world with 58 satellites to its credit.

As per a recent market study report by PwC, the Indian space economy is valued at USD 7 billion dollars, which is approximately 2% of the global space economy. All the major space economies have had support from their respective governments. NASA and ESA support and fund new developments extensively and India cannot be an exception if it were to compete with the best in the business. To fulfil its aspirations of global supremacy, India also needs to come up with an active fund to support its domestic ecosystem.

Given the emerging geopolitical situation and security threats to the country, Self-reliance in Satcom is an absolute necessity.

How is Saankhya going to benefit?

The recent space policy announcements are broad-based and the details are still emerging. As of now the policy primarily focuses on enabling the building and launching of satellites and access to remote sensing data by private companies. On similar lines, the government should also release policy framework dealing with ground communication equipment and terminals. This will greatly benefit companies like Saankhya Labs.

The opening up of the space sector will expand the market size and present new opportunities for Saankhya. We have been working with ISRO for over 7 years now and will continue our contribution and are keen to partner with all the satellite service providers who would be interested in indigenous hub-side baseband systems and user-side Satcom terminals.

What are your expectations with regards to Satcom policy?

India’s Satcom policy must provide a roadmap to AtamanirbharBharat in satellite communication. The FM in her address had also emphasized that ‘Make in India’ and self-reliance is an absolute necessity while unveiling India’s New Space policy.

Preferential Market Access to Designed, Owned and Made in India products.

Import restrictions on foreign equipment if domestic companies have the capability to fulfil the requirements.

Enable an environment for partnership so that more IP’s are created, owned, and supplied by Indian owned companies.

Proactively fund import substitution projects to enable Indian companies to compete with the best in business.

Liberalized Satcom policy on a reciprocal basis, which implies India will extend the same business terms to companies that Indian companies receive in their respective countries/geographies.

Industry’s first S-Band Satphone terminal designed as an add on accessory to Commercial off the shelf Android phone, supporting Voice, Data and Short messaging service. The satellite phone is meant for defence and strategic use.

Is a Vessel Tracking terminal for Coastal Security. With over 300 shipping vessels equipped with two-way MSS terminals, the government can track, monitor and send weather and potential fishing zone information to fishermen. It enables ship-to-shore and shore-to-ship data communication with SoS functionality for fishermen safety

Is a low-power, Satellite IoT modem for two-way satellite communication for mobile, land, maritime, M2M and industrial IoT application. The portable modem is capable to support multiple Satellites in LEO/MEO/GEO constellations operating in L-Band and S-Band. Additionally, it has an in-built GPS for real-time tracking and monitoring of assets.

Is a Ku/L-Band broadcast receiver designed to operate on the EDUSAT network primarily meant for educational and skill development purposes.

Has Saankhya Labs partnered with any company to deploy the solutions that are developed?

Yes, the company has partnerships with ISRO and Bharat Electronics Ltd(BEL) for Satcom applications. And has supplied Satcom modems and hub-side baseband equipment for Indian Railways’RTIS network. Over 2600 locomotives are already equipped with MSS terminals for real-time tracking of trains. The RTIS network is commissioned and operationalized by BEL in collaboration with Centre for Railway Information Systems (CRIS), ISRO and Saankhya Labs.

Also the company has deployed over 300 vessel tracking terminals on shipping vessels for coastal security. The project was commissioned and operationalized by ISRO.

What about collaboration with ISRO?

Saankhya Labs has been working with ISRO since 2013 and an MoU was signed with SAC, ISRO in 2015 for Mobile Satellite Service (MSS) Technology. Over the years, Saankhya has developed a variety of indigenous Satcom solutions supporting voice, data, location reporting and broadcast services for strategic and defence applications. All our products operate on ISRO’s satellites and are co-branded with ISRO.

What are Saankhya’s future plans in Satcom?

For strategic and defence applications, we will continue to design, develop and manufacture Satcom solutions with full Intellectual Property Rights (IPR) created and vested in India.

For emerging commercial applications, we are in discussion with multiple national and international satellite service providers to offer globally differentiated Satcom products. And also evaluating the business opportunity for bringing to market a variant of its SDR chipset specifically optimized for Sat-IoT applications. We are also contributing to the NTN initiatives in 3GPP that will drive the next-generation non-terrestrial networks.

With unique chipset-to-systems expertise, Saankhya is well poised to offer market differentiated products and technology proudly Made in India for the world.