Within two years after the contract has been inked, the Indian vendors can collaborate with Foreign OEMS to deliver 75-100 vehicles per year. There will be a three stage induction model, as proposed by the Indian Army. 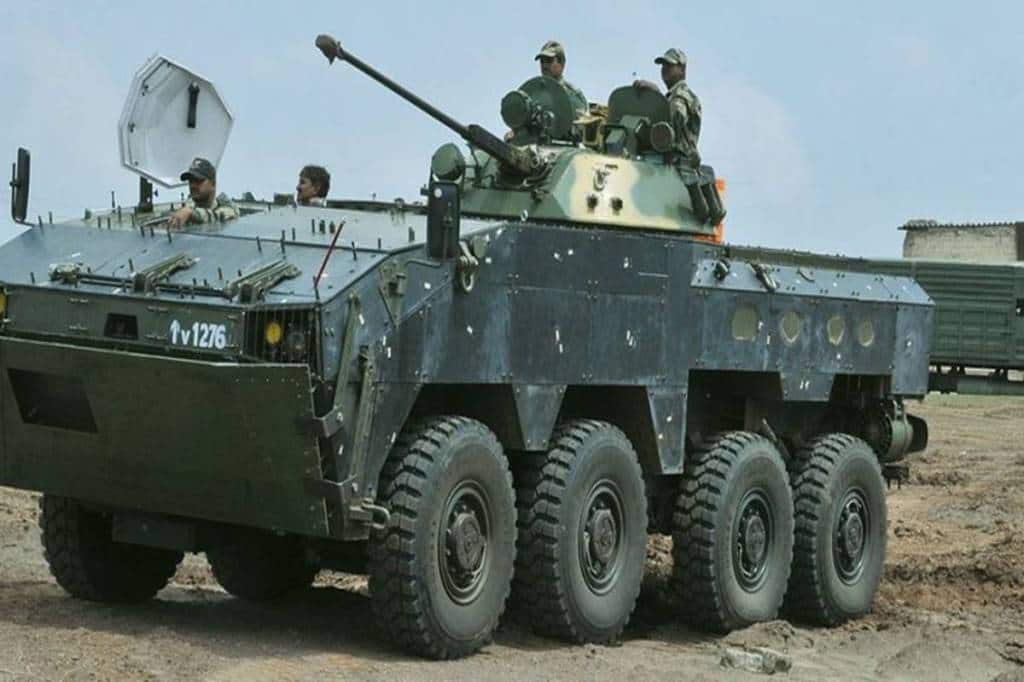 To be equipped with a 30mm main gun and anti-tank missiles besides other firepower and a capacity to carry three or more crew and soldiers.

For the third time the Indian Army has issued a fresh Request for Information (RFI) for Future Infantry Combat Vehicle (FICV). These vehicles are going to be the mainstay of the mechanized forces for a long time. The Indian Army is keen to get 1750 FICV, a project which is expected to cost around Rs 60,000 crore.

According to the RFI that has been issued today, out of the total quantities, around 55 percent is going to be the Gun Version and balance would be Specialist Vehicles.

Within two years after the contract has been inked, the Indian vendors can collaborate with Foreign OEMS to deliver 75-100 vehicles per year. There will be a three stage induction model, as proposed by the Indian Army.

What is the Three Stage Induction Model proposed by the Army?

The Stage-I is for Limited Series Production (LSP). In this around 10 per cent of the total number of vehicles will be delivered over a period of two years. This means 75-100 per year.

The Stage-II is going to be Product Improvement. And around 40 per cent of the total number of vehicles are expected to be delivered spread over a period of six to seven years.

And in the final Stage-III, with technical upgrades and product improvement the balance number of vehicles will be delivered.

The response to the RFI issued today is expected in a couple of months’ time and once that comes then only the Ministry of Defence will grant Acceptance of Necessity, before the Request for Proposal is issued (RfP).

The Prolonged Saga of FICV

It all started in the late 2000s, when the Mechanised Infantry Directorate had initiated the formal process and the expected cost for replacing the old BMPs was around Rs 26,000 crore. And the plan was to have these vehicles by 2022.

The journey since then has been rough. In 2012, the proposal was withdrawn because the plan was to upgrade the existing vehicles.

And, in 2014, a new plan was rolled out by the government under which the Ordnance Factory Board and two private companies were to develop prototypes of the FICV.

In 2018 FICV project was shifted to Make II project to involve the private sector companies in this project under the Make in India initiative.

As reported by Financial Express Online, in 2019 Indian companies including the L&T, Mahindra and Mahindra, and others sent in their proposals to the Ministry of Defence (MoD).

Even after putting it under the Make II, no decision could be taken and the file was sent back to the Indian Army Headquarters to understand from the end user how they wanted the project to move forward.

The decision to move it under Make II was taken in 2018, to help in expediting the process as well as promoting the Make in India initiative in the defence sector.

Why did this happen?

It happened due to the difference of opinion between the end user the Army and the MoD which wanted the Army to pay for the project. This led to putting the FICV on the back burner.

As reported earlier this project was initially approved under the Strategic Partnership (SP) model for the armoured vehicle segment. It was under the `Make’ category of DPP-2008, before it moved to the Make II of DPP-2016.

In 2018, the then defence secretary at the annual press conference confirmed that the FICV project has been shifted to the `Make II’ category. Responding to media queries, he had said that a shift to the `Make II’ has been made to fast track the project.“

Indian Army actually needs a hi-tech complex FICV, which is expected to have a life span of more than three decades. These are needed to replace the current BMP-2 Russian origin infantry combat vehicles by 2025. However, the formal induction of these vehicles may not be before much later in this decade.

Original Equipment Manufacturers (OEM) like the Russian companies under the umbrella of Rosoboronexport, and German Rheinmetall, and South Korean Company Hanwha, and Leonardo of Italy.

Which are the Indian companies?

What was required under the `Make’ category?

In 2016, under the `Make’ category, three development agencies (DAs) were planned which included two from the private sector and one from the Ordnance Factory Board (OFB). And the MoD was supposed to as per the procedure give a minimum Rs 500 crore each to the three DAs.

The Indian Army was asked by the MoD to seek a detailed project report (DPR) from all the contenders who had received the expression of interest (EoI) in 2016. By then the project which was already delayed by a decade got stuck further. The Integrated Project Management Team (IPMT)’ which was to seek reports from all the companies which had responded to the revised EoI took more than a year.

What is the Army looking for in the fresh round?

It should have the capability to carry loitering munitions, mini drones which can be used along the eastern, central and northern borders. To be equipped with a 30mm main gun and anti-tank missiles besides other firepower and a capacity to carry three or more crew and soldiers.