The Indian Navy already has a fleet of these aircraft which have completed more than 30,000 flight hours since its induction in 2013. 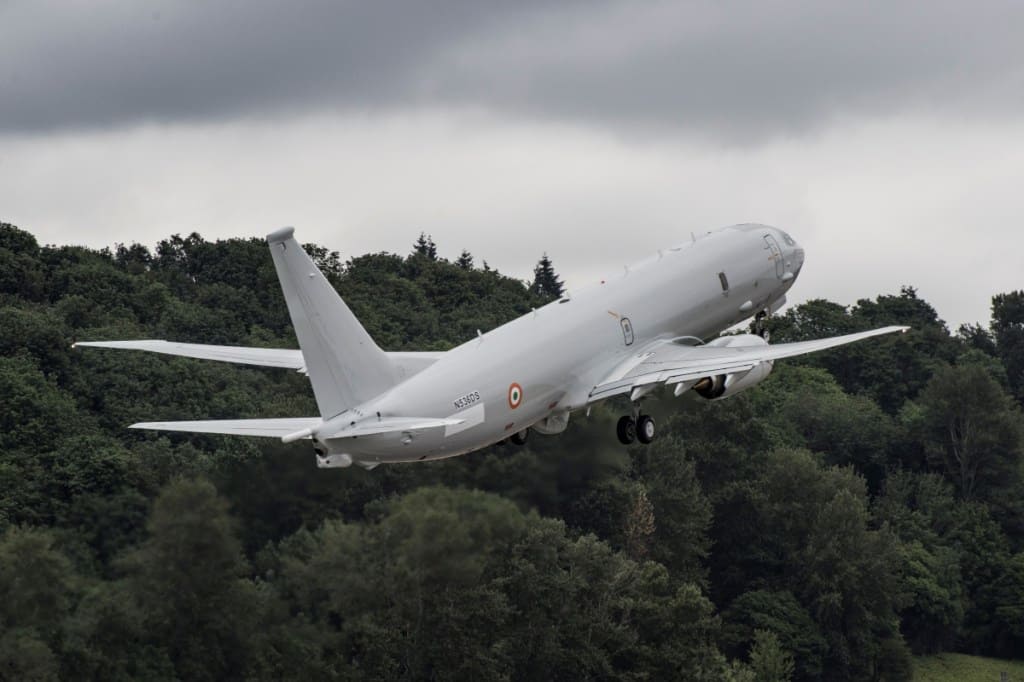 On Monday, the Indian Navy received its 11th P-8I long-range maritime reconnaissance anti-submarine patrol aircraft from the US based Boeing Company.

The Indian Navy already has a fleet of these aircraft which have completed more than 30,000 flight hours since its induction in 2013.

This is the third aircraft which has been delivered under an option contract for four additional aircraft that the Ministry of Defence had awarded in 2016.

This aircraft is also operated by the QUAD member country Australia and the members of the newly formed AUKUS (Australia, the UK and the US). The Royal Australian Air Force and the United Kingdom’s Royal Air Force are operating P-8.

This aircraft has played a significant role in enhancing the Indian Navy’s Maritime Reconnaissance Capabilities. In fact India Navy was the American company Boeing’s first international customer for the P-8 and is operating the largest fleet outside the US. This aircraft has also been deployed by the Indian Navy during disaster relief and humanitarian missions. For India, this aircraft will add more power to the navy’s capabilities in the Indian Ocean Region (IOR) where China is aggressively ramping up its presence.

One more P-8i is expected soon. And there are no changes in the configuration of the aircraft that has arrived today. Why? Because they all are from the same batch. In the future there are plans to incorporate certain changes like the encrypted communications, which is expected to help in achieving interoperability in the defence equipment that India has procured from the US.

And, most importantly when the navies of the QUAD and during the multilateral drills at sea, communicating with each other will get further boost.

As has been reported earlier, the Indian Navy operates P-8i and the US Navy flies P8A Poseidon aircraft. So when going for naval drills, both sides can share operational intelligence in real time and this also includes secure Common Tactical Picture.

According to an official statement issued by Boeing, it is supporting India’s growing P-8I fleet by providing training of the flight crews, field service representative service, spare parts, and ground support equipment.

The company is also in the midst of completing construction on the Training Support & Data Handling (TSDH) Centre at INS Rajali, Arakkonam, in Tamil Nadu. And as part of a training-and-support package contract signed in 2019, work is in progress on a secondary center at the Naval Institute of Aeronautical Technology, Kochi.