On August 27, 2015 a commutations satellite called GSAT-6 was launched by ISRO, which is also known to cater for strategic requirements of the country. GSAT-6 is known to provide quality and secure communication. 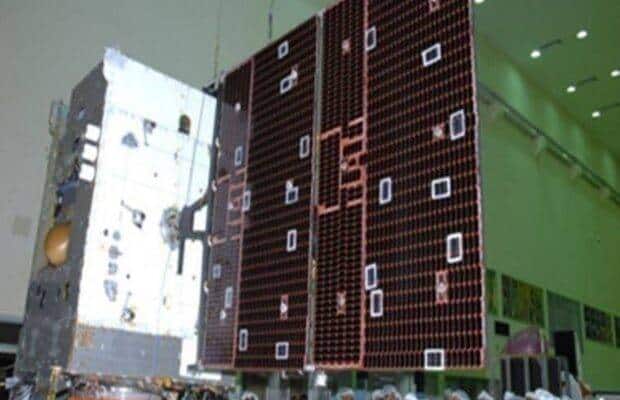 There are some pending proposals too and not much is known about such proposals.

For a long time Indian armed forces have been getting assistance from satellites towards steering their operations. Recently, it has been announced that the Ministry of Defence has approved a proposal to procure a GSAT-7C satellite and related equipment for the Indian Air Force (IAF) at a cost of Rs 2,236 crore. This decision to clear the procurement was taken at a meeting of the Defence Acquisition Council (DAC) chaired by the Defence Minister.

It is expected that this satellite would be designed, developed and built indigenously. However, these are early days and at this point in time, only the Acceptance of Necessity (AoN) has been sanctioned and it could take minimum two to three years for actual launch to happen.The first dedicated commutations satellite GSAT-7A for the IAF was launched on Dec 19, 2018. Presently, this satellite is helping the IAF very effectively in day to day operations. It allows connecting various platforms like aircrafts, helicopters, UAVs, Airborne early warning and control (AWACS) aircrafts, missile units and radars. The Indian Army is known to use 30% of the capacity of GSAT-7A.

The first military commutations satellite launched by India is for the Indian Navy. This satellite GSAT-7 (also called Rukmini) was launched during September 2013 and is currently providing excellent service. It is a multi-band military communications satellite,which can simultaneously network about 60-70 ships and 70-80 aircraft seamlessly.This satellite has nearly 2,000 nautical mile ‘footprint’ over the Indian Ocean Region. Normally, the lifespans of such satellites vary between 10 to15 years. Presently, Indian Navy has already approached ISRO for launching of the replacement satellite since the lifespan of this satellite is expected to get over in the coming few years. This satellite would be called GSAT-7R and is projected to cost ₹1,589 crores. The Indian Navy has already inked a contract with ISRO in this regard. It was expected to be launched by 2021, but the Covid-19 crisis has disturbed the entire launch schedule for ISRO. For this satellite some additional design features would be required to be added,like it should be compatible with a variety of modern platforms including future submarines of the Indian Navy.

On August 27, 2015 a commutations satellite called GSAT-6 was launched by ISRO, which is also known to cater for strategic requirements of the country. GSAT-6 is known to provide quality and secure communication.

There are some pending proposals too and not much is known about such proposals. The Indian Army has been demanding a separate communications satellite for a long time. Also, there is a proposal for a satellite to be launched for exclusive use by the Ministry of Home Affairs (MHA). This would be a satellite meant for paramilitary forces like BSF and others. It is important to ensure that people who guard India’s borders are supported with satellite technology for ease in their operations.

The Covid-19 crisis has actually taken the fizz out of ISRO’s progress and now owing to the flood situation in Andhra Pradesh the proposed launch schedule is totally disturbed. Post 26/11 (Mumbai terror attacks) India has started investing into synthetic-aperture radar (SAR) based all-weather Earth imaging satellite for reconnaissance purposes. Since 2009 onwards, ISRO has been launching SAR satellites under the series called RISAT. Three to four such satellites have already been launched. Presently, this category of satellites is being launched by ISRO under the Earth Observation Satellite (EOS) series. The first satellite (EOS-1) was launched during November 2020. However, the GSLV-F10 failed during Aug 2021 and this mission had EOS-3 satellite on-board. Now the entire schedule for launching of other satellites in this series has been delayed. There is an urgent need for India to boost up the overall satellite infrastructure, which is required for the defence forces. The situation on China’s borders is not likely to improve in the near future and we require more eyes and ears in space to monitor the situation over there.

ISRO could manage only two rocket launches for putting satellites into orbit during 2021 and no more launches are expected during this year. At the beginning of the year 2021, China had announced their plans to conduct more than 40 space launches in this year. By October 2021, China had reached the target of 40 launches. They have broken their own record of 39 launches during the year 2020 (ISRO had two launches during 2020). There is an urgent need for ISRO to find a way out of the present crisis and resume launching at the earliest. Unfortunately, amongst the important space players, it is only ISRO, which has suffered maximum owing to the present health crisis and automatically that has impacted India’s strategic space programme.