It would have been a cause for bureaucratic fanfare, but the deal is already staring at an uncertain future following imposition of sanctions by the US and its NATO allies on Russia for the latter’s invasion of Ukraine. 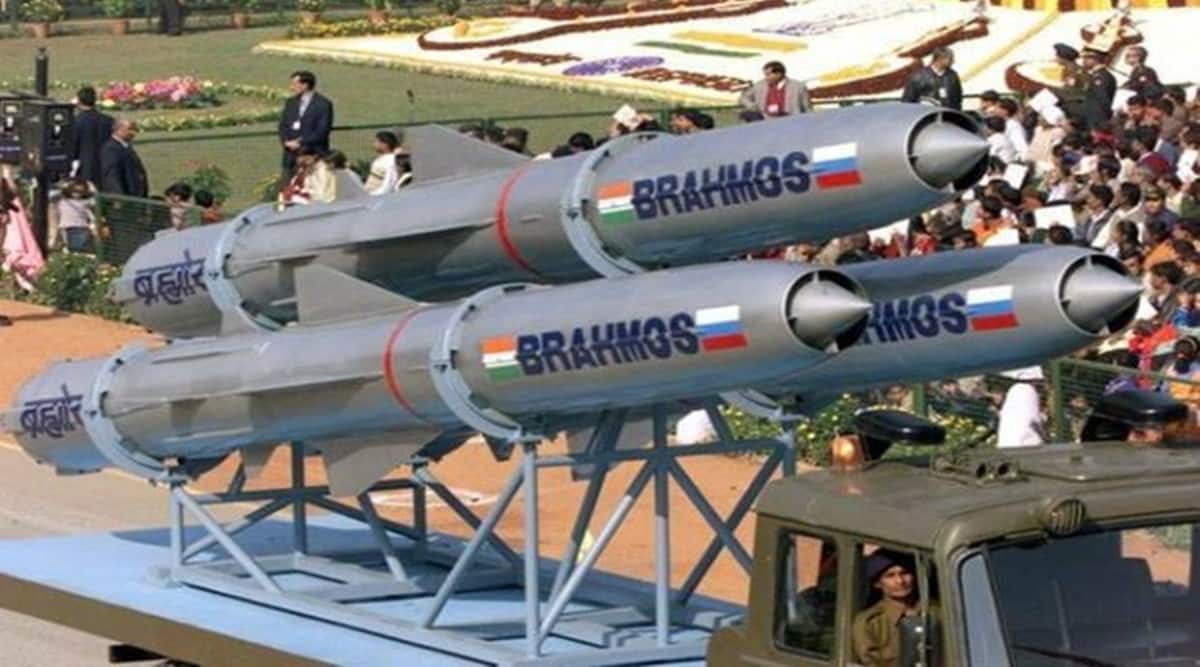 For an exponential growth in exports, India will have to either cut into the share of the 10 biggest exporters who collectively account for 90.3% of the trade, or the remaining 15 whose share ranges from 0.2% to 1.9%.

After years of dithering, the Ministry of Defence (MoD) inked a $375 million deal with the Philippines in January for the sale of Brahmos medium-range supersonic cruise missiles, co-developed by India and Russia. It would have been a cause for bureaucratic fanfare, but the deal is already staring at an uncertain future following imposition of sanctions by the US and its NATO allies on Russia for the latter’s invasion of Ukraine.

MoD is also eyeing other contracts to boost defence exports. These include the sale of two Dornier military aircraft to Sri Lanka and Light Combat Aircraft (LCA) Tejas to Malaysia in a deal expected to be around $900. Both these aircraft are manufactured by the state-owned Hindustan Aeronautics Limited (HAL).

These developments are encouraging but they do not necessarily portend a sustained increase in the volume of defence exports to Rs 35,000 crore by 2025, which is the target set by MoD for itself. The official statistics tell a different story.

It is also uncertain if the revenue that accrued to the national exchequer during the aforesaid period was equal to the value of the total export authorisations.Even if it was, the erratic trend of exports does not inspire confidence that henceforth defence exports will follow only a sharp upward curve.

Consequently, not only has the MoD its work cut out, but it will also take a lot of work on the part of the Indian industry, to achieve the target set for 2025. Much will depend on what the Indian industry has to offer to prospective buyers, the volume of exports, and other complex factors that influence global arms trade, such as the sudden turn of events following Russia’s misadventure which is bound to give a fillip to the US and European defence industry.

This is a reasonably impressive list, but the majority of the defence exports include parts and components. This was revealed by the Minister of State for Defence Ajay Bhatt in his reply to an unstarred question in Lok Sabha on August 4, 2021. This diminishes the significance of the list of exported items mentioned above.

India cannot become a major defence exporter by selling parts and components, or even relatively low value items such as those mentioned above, though it does provide an opportunity to the local industry to grow by getting integrated with the global supply chain. For exports to register a healthy growth, it is important to export major defence equipment in substantial volume and offer efficient maintenance services of the exported equipment. Therein lies the rub.

India has few, if any, indigenously designed, developed, manufactured, and proven major equipment and platforms to offer for export. A large proportion of defence manufacturing in India revolves around licensed production or import of some critical parts and assemblies, as in the case of LCA Tejas which uses the GE engine. This can queer India’s pitch for becoming a major exporter of major weapons systems and other platforms.

The Indian defence industry has also suffered reputational setbacks in the past. In 2005, Nepal blamed INSAS (Indian Small Arms Systems) rifles, designed by Defence Research and Development Organisation in 1990sand supplied to Nepal, for the casualties its army suffered in clashes with Maoist rebels in which 43 soldiers lost their lives.

To India’s embarrassment, the Nepalese army spokesman had said at the time that the counter-insurgency operations would have been more efficient had it acquired better weapons. A decade later in 2015, Ecuador terminated the contract with HAL for seven locally designed Dhruv Advanced Light Helicopters (ALHs), after four of them crashed within a short space of time.

India rejected the charge in both the cases, but the reputational damage was already done. Reservations, expressed often by the Indian armed forces in the later years about indigenously designed equipment and platforms like Main Battle Tank Arjun, Light Combat Aircraft Tejas and even the INSAS rifles – the Indian troops often complained about the tendency of these rifles to jam and its magazine to crack in freezing temperatures- did not help either.  It takes a long time for a business to build its reputation and good will, but far longer to rebuild it.

Even if these apprehensions are discounted, breaking into the monopoly of major defence exports is not going to be easy. According to a March 2021 report of Stockholm International Peace Research Institute (SIPRI), the top five countries accounted for 75.9% of the global defence exports during 2016-20. It is not surprising that USA (37%) and Russia (20%) head the list of 25 largest exporters.India ranks 24thin this list with a meagre share of 0.2% in the global defence trade.

For an exponential growth in exports, India will have to either cut into the share of the 10 biggest exporters who collectively account for 90.3% of the trade, or the remaining 15 whose share ranges from 0.2% to 1.9%.

Empirical evidence also shows that defence trade thrives on the exporting country’s sphere of influence. Nothing illustrates this better than the rise of China to the 5th position in the exporter’s list, though interestingly it is also the 5th largest importer of arms. Pakistan accounted for 38% of China’s exports between 2016 and 2020, followed by Bangladesh with 17%.

During the aforesaid period, the largest recipient of India’s defence exports was Myanmar (52%), Sri Lanka (24%), and Mauritius (13%). These countries do not offer a sustained market. Their requirements and budget outlays too are limited. India will need one or two major customers like all the major exporting countries have, to boost its exports. India faces a tough challenge on this count if we look at the list of the largest recipients of arms.

The world’s 10 largest importers of arms include countries like Egypt, China and Pakistan which India will not export to, even if they are willing. This list also includes Saudi Arabia, Australia, Algeria, South Korea, Qatar, and UAE but these countries are unlikely to abandon the western suppliers and turn to India for meeting their requirement.

The rhetoric about ‘Make in India’ and the tendency to pat oneself on the back for disjointed policy initiatives to boost exports without an honest and objective assessment of their outcome has overwhelmed discussion on the ground realities and the real challenges in boosting exports.

What is needed is a pragmatic defence export strategy which factors in the challenges posed by the limited range of indigenously designed and developed equipment that India can export and the geopolitics of stiff global competition in arms export.

(The author is Former Financial Advisor (Acquisition), Ministry of Defence. Views expressed are personal and do not reflect the official position or policy of Financial Express Online. Reproducing this content without permission is prohibited).