Long wait over! Indian Armed forces to get high-tech US Armed Drones equipped with missiles

These drones are going to help the Indian Navy to expand its monitoring of the Indian Ocean and to further strengthen its surveillance of its coastal boundaries. 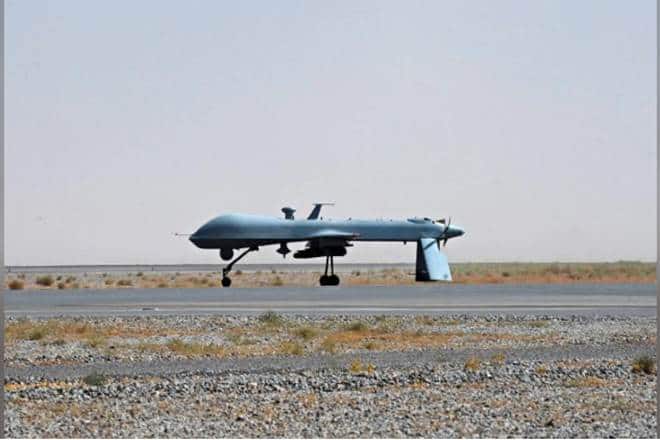 Preparations are going on to ensure that the deal for procuring for 30 Drones from the US-based General Atomics worth $ 3 billion be inked before the close of this financial year. The three services are expected to get 10+10+10 the MQ-9 Reaper or Predator-B High Altitude Long Endurance (HALE) drones, which have already been approved by the US President Donald Trump’s administration. The US administration’s approval includes the sale of armed drones to India and will come equipped with missiles and other systems. The drones are for the Indian Army, Air Force and the Indian Navy and the qualitative requirements for the Indian Army and the Indian Air Force are in the process of being finalised.

As has been reported by the Financial Express Online that all the drones will have different configurations as the payloads required by each service is going to be different. According to sources, “The Acceptance of Necessity (AoN) is likely to be issued soon, once all the procedures are followed and completed in a time-bound manner.”

These drones are going to help the Indian Navy to expand its monitoring of the Indian Ocean and to further strengthen its surveillance of its coastal boundaries.

While the Indian Navy is already using the P-8i for the carrying out anti-submarine warfare, the Sea Guardian drones which will be armed with missiles and radars will be used for the maritime reconnaissance.

These drones will come through the Foreign Military sales route and agreement will be between the governments of India and the US and the San Diego based General Atomics. The drones for the Indian Navy will easily work in sync with the P-8i which is already in service. Since in 2018, the two governments had inked the Communications Compatibility and Security Agreement (COMCASA), the American platforms in the Indian armed forces will get encrypted systems and these will help in improving their capabilities.

Each fully armed drone with sensors and weapons is expected to cost $ 200 million, making it more expansive than a fighter plane.

As reported earlier, the naval variant of Predator –B drones from the General, Atomics has the capability to carry an external payload of 2.1 tonnes.

The man behind the $ 3 billion deal negotiations

Dr Vivek Lall who was then Chief Executive for Strategic Development with General Atomics and a renowned US aerospace leader had spearheaded the efforts. Following which the US administration in an unprecedented move had announced its decision to release the Category 1 UAVs when Prime Minister Narendra Modi visited the US in June 2017 and met President Trump.

The first request was made by the Indian side in 2016 for 22 Sea Guardians to the American company. The Financial Express was the first to report that the Indian Army had made its request to buy these drones when the then US Secretary of Defense James Mattis had a meeting with the former Defence Minister Nirmala Sitharaman in New Delhi. The Indian Navy had initially requested for 22 Sea Guardian drones built by General Atomics Aeronautical Systems and this was followed by a request by the Indian Air Force for 100 Predator C drones.