Addressing a joint press event after his talks with Jaishankar, Lavrov dismissed suggestions of any future military alliance between Russia and China. 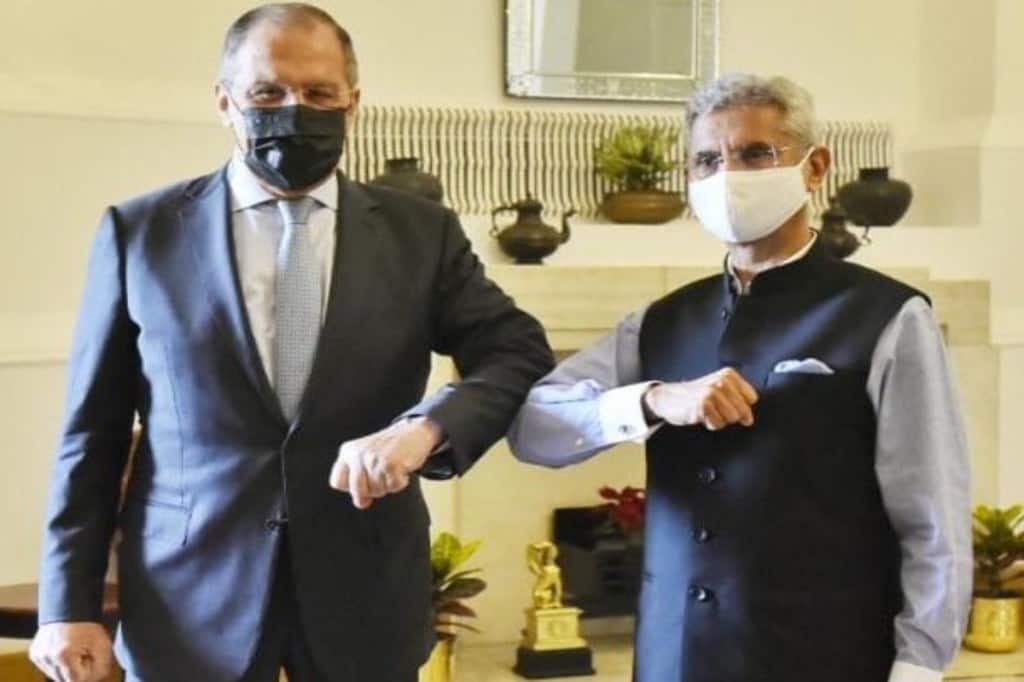 With a focus on preparations for the annual India-Russia summit, External Affairs Minister S Jaishankar and his Russian counterpart Sergey Lavrov on Tuesday held wide-ranging talks during which New Delhi shared its viewpoint on the Indo-Pacific.

Addressing a joint press event after his talks with Jaishankar, Lavrov dismissed suggestions of any future military alliance between Russia and China. “By the way, we have heard speculation about pro-military alliances not only with respect to Russia and China relations, we have also heard about such alliances allegedly being promoted such as Middle East-NATO, Asia-NATO. Today we exchanged views on this and our Indian friends have the same position as we. We believe that this is counter productive,” he said in Russian.

“We are interested in inclusive cooperation that is for something, not against somebody,” Lavrov asserted. Defence cooperation as well as weapons manufacturing was also discussed during the talks, he said. At the joint presser after the talks, Jaishankar said the discussions were warm, comprehensive and productive. “We talked about long-standing partnership in nuclear, space and defence sectors,” Jaishankar said.

He said the discussions also covered the rapidly expanding energy cooperation as well as views were exchanged on regional and global matters. Pointing out that he shared, with Russian Foreign Minister Lavrov, India’s approach on Afghanistan, Jaishankar said that for India, what happens in Afghanistan, impacts its security directly.

“I shared our approach that a durable peace there (Afghanistan) would require harmonising interests of all, both within and around that country,” he said. Jaishankar said a political solution should mean an independent, sovereign, united and democratic Afghanistan. “I shared our viewpoint on the Indo-Pacific. As our prime minister pointed out at the Shangri-La Dialogue some years ago, contemporary challenges require countries to work together in new and different ways,” he said.
Such cooperation also reflects the multi-polar and re-balanced character of global politics, Jaishankar said.

India is strongly committed to ASEAN centrality and this is outlined by the Indo-Pacific Oceans Initiative that it has been advocating at the East Asia Summit, he said. “As we implement our Act East and Beyond policy, Russia is a very important partner,” Jaishankar added.

Russia has been a time-tested partner for India and the country has been a key pillar of New Delhi’s foreign policy.