Israel’s Iron Dome: All you want to know about the famous air defence system 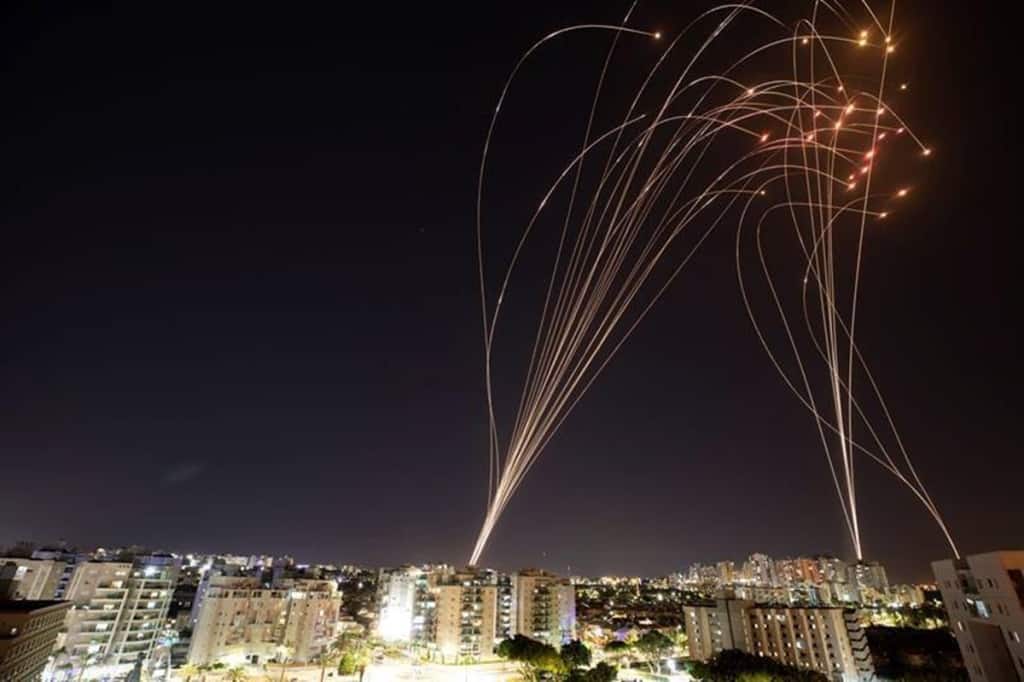 There is a naval version C-Dome and this is used for protecting the sea based strategic assets and ships. (Reuters image)

A full blown violent conflict is going on between Israel and Palestine. There were massive airstrikes and rockets being fired from both sides. Amidst all this what has attracted the world’s attention is the Iron Dome System of Israel.

What is Iron Dome?

Simply put, it is a shield which the Israeli Forces have in place to protect their airspace. And according to reports it is currently protecting their airspace from the rockets being propelled from the other side.

Based on the information available in the public domain, this Iron Dome is supposed to be a short-range ground-to-air defence system. It has a Tamir interceptor and a radar. This radar helps in tracking and destroying any missile or any airborne system that will enter the airspace.

What is the system being used by Israel?

The system which is being currently used can help in intercepting even the unwanted UAVs, enemy aircraft as well as helicopters that would enter the Israeli airspace without permission.

Who has developed the Iron Dome?

This has been developed jointly by Israel Aerospace Industries and Rafael Advanced Defence Systems.

According to the companies, “This is a multi-purpose combat-proven system. This system can help in detecting, assessing and intercepting incoming artillery which includes dense salvos, cruise missiles, precise guided missiles, and incoming artillery like C-RAM, UAVs, and Air Breathing Threats (ABTs).”

It has an all-weather capability and can function night and day.

It also has I-Dome, which is an all-in-one mobile version, and is on a single truck. It helps in providing protection for motorized or mechanized troops, and point air defense for military, industrial and administrative installations.

There is a naval version C-Dome and this is used for protecting the sea based strategic assets and ships.

The American version of Iron Dome is Sky Hunter and this system has been developed by the US based Raytheon Company and the Israeli company Rafael Advanced Defence Systems.

When the Iron Dome was first deployed?

What is the reason behind the current conflict?

Was this technology ever offered to India?

The first time Israel offered its Iron Dome missile technology was in 2013, when it was trying to score over Russia and the US in arms exports to India. The postage stamp sized country has been silently making attempts to grab a piece of India’s defence market pie and has never shared the actual figures of its arms imports to the country.

Incidentally, the Iron Dome was used recently to thwart a massive rocket attack on Israel, according to news reports.

In 2013-14 during a meeting the Israelis had offered the David’s Sling and not the Iron Dome. The David’s Sling is an air defence missile within the short-range of 250 km.

What has Israel exported to India?

As has been reported earlier, what India has procured from Israel so far includes anti-ballistic missile systems, radar systems and submarine-launched cruise missiles, micro-satellite systems for surveillance, laser-guided systems and precision-guided munitions. Also, cooperation in the upgrading of Soviet and Russian supplied weapons systems, including aircraft, artillery and tanks.

One of the most important procurement was state-of-the-art Israeli advanced sensor systems along India’s 2,912-mile border with Pakistan. This system according to officers has managed to slash down the number of infiltration levels from that side.