The representatives were there in September to analyze and evaluate the possibility of installing a solar park for up to 200 MW in the Paraguayan Chaco, contemplated in the ANDE Generation Master Plan 2021 – 2040. 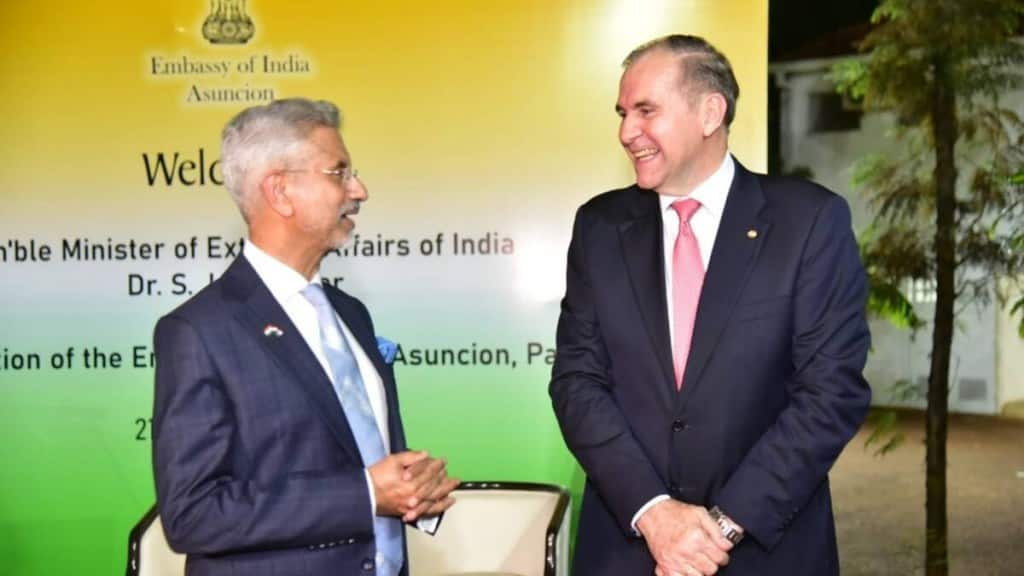 A delegation of representatives from the International Solar Alliance (ISA) and the National Thermal Power Company  (NTPC),  have carried out a technical visit to the South American nation Paraguay.  The representatives were there in September to analyze and evaluate the possibility of installing a solar park for up to 200 MW in the Paraguayan Chaco, contemplated in the ANDE Generation Master Plan 2021 – 2040.

Speaking to Financial Express Online from Asunción, Paraguay, Yogeshwar Sangwan, said “Pankaj Khurana and Mohit Jain (from ISA), and Aditja Subba and N Qureshi, from NTPC Ltd., presented the progress of the ISA 06 Solar Park Program applied to Paraguay, which represents a non-profit support for the development of large solar parks in the country.”

They were received by the president of ANDE, Félix Sosa and the director of Planning and Studies, Tito Ocariz, on September 22, 2022.

During their visit there, technicians from ANDE and specialists from ISA – NTPC Ltd. toured the areas of Loma Plata, Mariscal Estigarribia and La Patria, to verify the possibilities of installing 200 MW (almost the equivalent of the Hydroelectric Power Plant Acaray) in solar parks. They learnt more about the installed transformation capacity of the Loma Plata and Mariscal Estigarribia Substations, among other relevant technical data. They visited potential places for the installation of solar parks, in order to meet the growing demand of agricultural and livestock companies that operate in the area.

According to Ambassador Yogeshwar Sangwan, “NTPC is providing Consultancy Services and the execution will be through an open bid system. The electricity will be sold to Ande, the electricity company of Paraguay. And NTPC will be paid by the winning bidder; they will extend it further to 500 megawatt in the same region of solar energy.”

“Number of Indian companies are interested in Paraguay. The delegation had also visited Venezuela and Cuba where such projects are already going. Similar projects are going on in South America but not by ISA. So there is interest and both NTPC and ISA also have interest in green hydrogen in Paraguay,” the ambassador explained.

The ISA promotes among its member countries, through the ISA 06 Solar Park Program, the development of large-scale solar generation capacity in various regions and the development of bilateral, regional and interregional transmission interconnections with the aim of reaching the interconnection of Solar Energy resources and the transfer of Solar Energy from one part of the world to another, under the vision “One sun, one world, one network”, stand out from ANDE.

And Paraguay being a member country of ISA, ANDE and NTPC, under the auspices of the Ministry of Foreign Affairs, the Vice Ministry of Mines and Energy and ISA, signed a Memorandum of Understanding with the outlines of the ISA 06 Solar Park Program for its application in their country.