It is the sixth generation Tempest Future Combat Air System program. And the British side has been making efforts to bring onboard this programme which was launched in 2018. 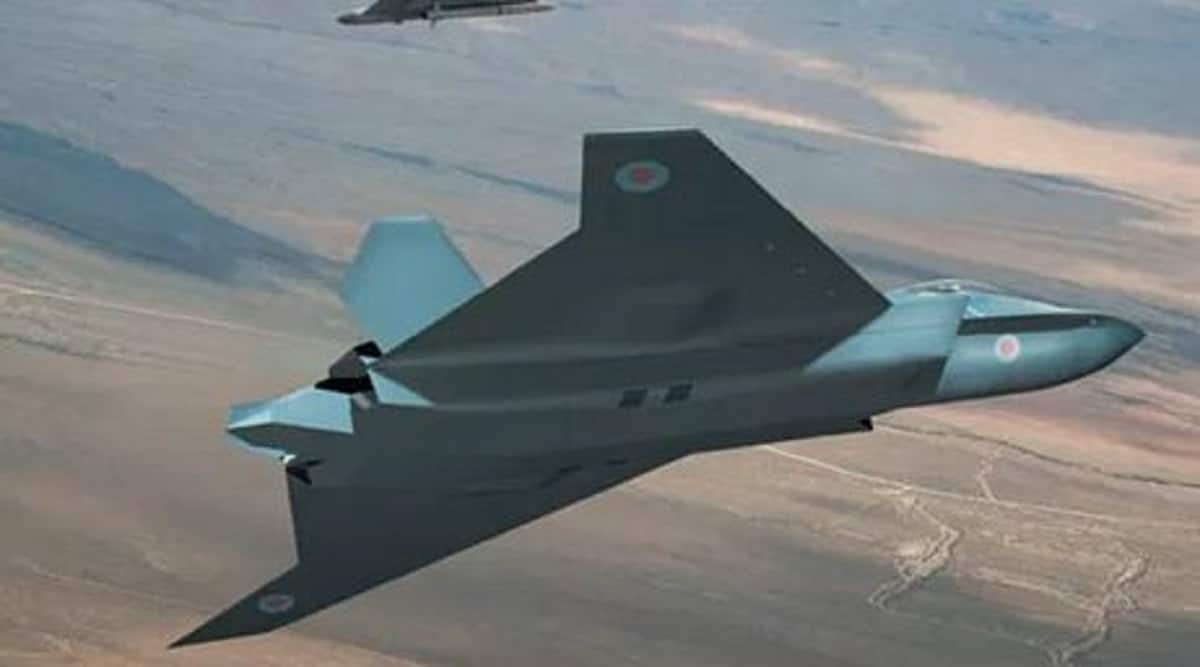 Because of its larger airframe it will have a greater range and more weapons load compared to fifth generation US F-35 fighters.

To further strengthen defence and security ties with India, the British Prime Minister Boris Johnson in his recently concluded visit had offered partnering on development of combat jet technology. A joint statement issued at the end of bilateral talks between Prime Minister Narendra Modi and British PM, stated “Both sides noted cooperation in key areas of strategic collaboration including modern fighter aircraft and Jet Engine Advanced Core Technology.” And, the leaders during talks also agreed to work together and with major partner countries to facilitate highest level access to technology to Indian industry.

It is the sixth generation Tempest Future Combat Air System program. And the British side has been making efforts to bring onboard this programme which was launched in 2018.

While Britain is already partnering with Sweden and Italy for technology development, it has also started working with Japan on propulsion and sensor systems, according to some reports.

Also Read
Agnipath and Agniveer: What it is and how it will work? Here’s everything you need to know
Astra missile contract with BDL: Is it another step in opening an export pathway?
Tour of Duty: The Kindergarten Army
Island chain strategy: Steps to checkmate China

Companies including the BAE Systems, MBDA, Rolls-Royce, Leonardo, and SAAB of Sweden are already involved in the technology development aspect of this programme.

In 2019, a delegation from the UK with top executives of BAE Systems and senior officials from the Ministry of Defense of that country had come to New Delhi to invite the Indian Air Force (IAF) to participate in co-developing the sixth generation aircraft called Tempest.

BAE Systems India head Nik Khanna at that time had said that the team was looking for international partners and in India, the team was keen on identifying software engineers as India has a huge capability in that area.

However, there was no development at that time as India did not join the programme and there was no talk about the Tempest.

Now, it seems the UK government is keen to get India on board the jet programme and according to sources; there is a possibility of getting involved in the development of the software of the Tempest.

Will India join this programme?

There is no clarity, as India is more keen to make in India and build a strong eco system in defence and aerospace.

This was launched in 2018, and is expected to enter service by 2040 and it aims to develop optionally-manned stealth fighters.

The initial funding of £2 billion (USD2.6 billion) has already been committed by the UK and other aerospace giants have joined the project – Leonardo, Saab and Netherlands is likely to be part of this.

The lead company in this project is the UK based BAE Systems, Rolls-Royce will be involved with the engines and MBDA –the European missile developer will be involved in integrating weapons while Leonardo of Italy will be responsible for developing avionics and sensors.

Based on the information available in the public domain, this fighter jet is expected to be single seated, twin-engine, delta wing stealth fighter jet, there will also be two vertical stabilizers which will be slanted inwards just like the F-22 fighter jet of the US.

Other features are expected to include ability to deploy and control drone swarms, mounting hypersonic or directed energy weapons and optionally manned.

Adaptive-cycle turbofans of the fighter, according to reports, Rolls-Royce says will be built of lightweight composite materials. This will feature superior thermal management. The digital maintenance controls which enable it to generate large quantities of electricity through magnets in the turbine cores.

Because of its larger airframe it will have a greater range and more weapons load compared to fifth generation US F-35 fighters.