Iran wants to join BRICS, Its entry would rile the US: expert

“BRICS has been making steady progress to emerge as an independent entity for financial cooperation. 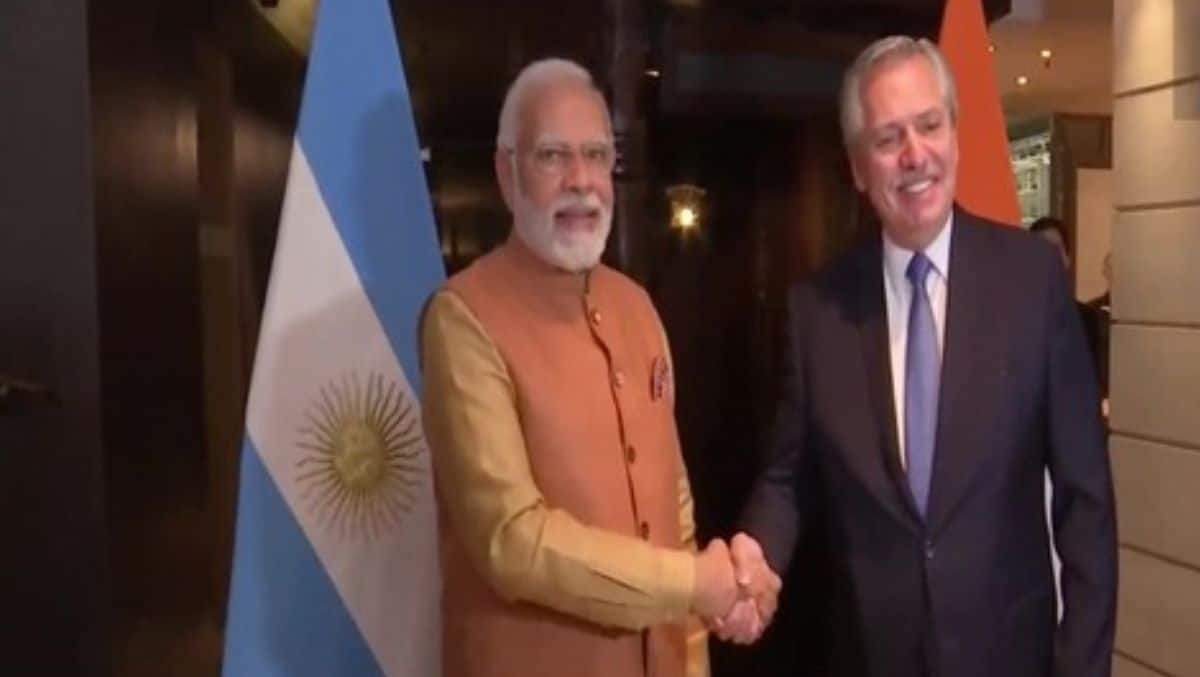 BRICS grouping is a forum for encouraging financial and political cooperation. Image: ANI

Two countries — Iran and Argentina submitted an application to become a member of the BRICS on Monday. According to reports, the two countries have formally submitted their request to join the BRICS grouping of five emerging economies which has made steady progress since its inception about a decade ago. As per its charter the BRICS grouping is a forum for encouraging financial and political cooperation.

“BRICS has been making steady progress to emerge as an independent entity for financial cooperation. However, its record on the political landscape leaves much to be desired. The Indo-China boundary standoff being the case in point. Nevertheless both countries have moved forward and participated in collective dialogue keeping aside their bilateral differences,” opines Indian Army veteran Maj Gen Nalin Bhatia.

What has BRICS achieved since its inception?

“Some achievements of the grouping include the Development Bank and Contingent Reserve Agreement (CRA). CRA is to help bail out members from global liquidity pressures. Another major initiative has been to set up an alternative payment system and move away from the globally accepted SWIFT system,” Maj Gen Nalin Bhatia (retd) explains.

Importance of BRICS in the current times

Sharing his views with Financial Express Online, the former Indian Army officer says, “As things stand today globally the BRICS would be seen as an alternate to the globally accepted financial framework led by western nations.”

Adding, “Current global events and the consequent sanction regime proposed by the USA against Russia and China makes the need for such a forum even more relevant today.

It is therefore not surprising that Iran and a few more countries, at the receiving end of western sanctions, would be interested in joining the BRICS forum.”

“India has so far balanced its way to withstand the pressures to avoid economic dealings with Russia. Similarly it has maintained a working economic relationship with Iran, managing to get a US waiver due to centrality of Iran in its relations with Afghanistan,” Maj Gen Singh opines.

According to Maj Gen Nalin Bhatia, “The entry of Iran into BRICS would definitely rile USA and its allies as it would be seen as a way to bypass US economic sanctions over Iran and Russia, and to a limited extent checkmate China economically.

India would again find itself in a precarious position trying to ride two parallel boats; QUAD and BRICS.”

“But Indian diplomacy is adept at managing conflicting requirements and expansion of BRICs should be seen as perusal of its independent diplomatic roadmap,” the Indian Army veteran opines.

Reports in a section of the media quoting Iranian and Russian officials have stated that Iran has submitted an application to become a member of BRICS.

Russian media quoting their Foreign Ministry spokeswoman Maria Zakharova have reported that even the South American nation Argentina applied to join the group.

As reported earlier in Financial Express Online, Argentina was invited to the BRICS summit under the presidency of China. It was also invited as a guest country to the Group of 7 countries summit in Germany.

At a BRICS+ meeting held virtually, Argentina’s President Alberto Fernandez has said that his country wants to become a full member of the association.

At the G7 summit in Germany the US and other Western nations pledged their support to Ukraine in the ongoing war with Russia. While the US and other countries have imposed tough sanctions on Russia, the US has been extending military packages to Ukraine.

And on the other hand, Russia has been focusing on strengthening its relations with countries in South America, Asia and the Middle East.

Conservative President Ebrahim Raisi of Iran has been looking to build relations with Russia and China since he came into office last year.

In 2015, the US withdrew from the Iran Nuclear deal/Joint Comprehensive Plan of Action (JCPOA) 2015,  leading to the ties between the two countries going down and bringing Iran closer to Moscow and Beijing.

Last during the tenure of Former Iranian President Hassan Rouhani, Iran and China inked a 25 year “Strategic Accord’’ under which the two countries are focusing on deeper cooperation in defence and security and economic relations. For its energy needs China continues to buy oil from Iran despite the US sanctions on that country.

And, in an effort to further strengthen its economic relations, Iran is trying to have a similar accord with Russia. Earlier this year the Iranian leader presented a draft of a similar accord to Russian leadership. The bilateral trade between Iran and Russia in 2021 touched USD 3.5 billion.

Earlier this year, even before the Russia-Ukraine war, Iran had hinted at a possibility of exporting oil to Europe. And following the war, the US has been in talks with Iran over the possibility of reviving the JCPOA.

During his first official visit to India earlier this month, Iran’s Foreign Minister Dr Hossein Amir-Abdollahian had hinted at preparing a roadmap for strategic cooperation between the two countries which would help in building long term relations.

His visit came in the midst of emerging geopolitical challenges not only in the region but across the globe.

He had a meeting with his counterpart and most importantly met with Prime Minister Narendra Modi.