Interoperability between P8I and MH-60R and Sea Guardian: Know more

Even as the Indian Navy is expecting the approval for High Altitude Long Endurance Drones from the US based General Atomics, six more P-8I Patrol aircraft from Boeing Company are expected later this year. 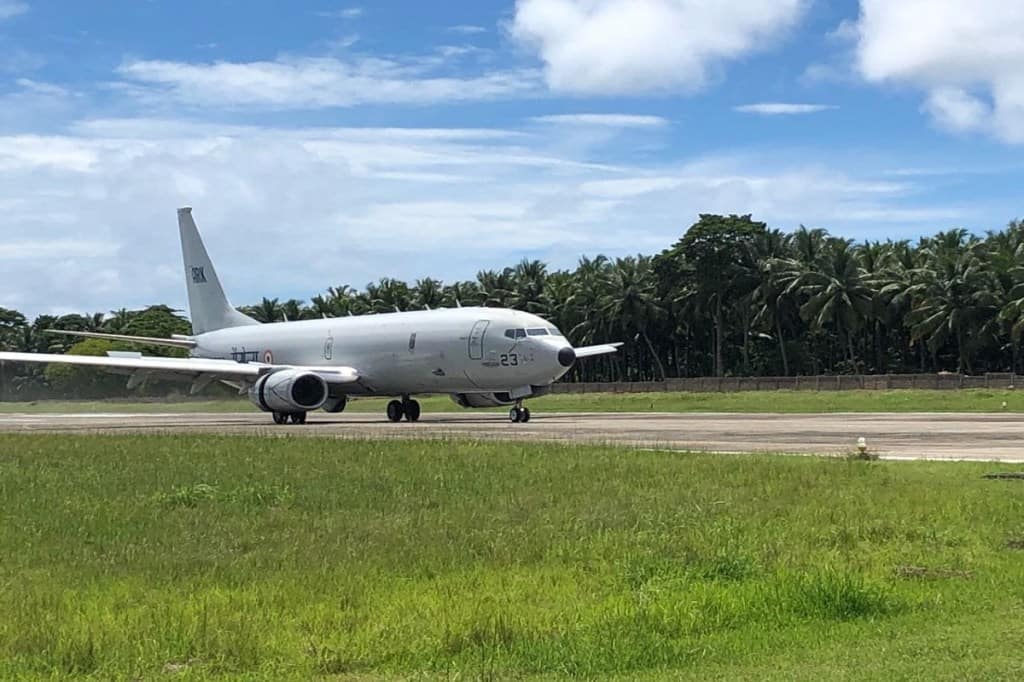 The Indian Navy is already using the P-8I for the carrying out anti-submarine warfare and surveillance. Image: Boeing Company

Even as the Indian Navy is expecting the approval for High Altitude Long Endurance Drones from the US based General Atomics, six more P-8I Patrol aircraft from Boeing Company are expected later this year. The Indian Navy is already in the midst of inducting four P-8Is which were contracted under the offset clause in 2016. As reported earlier these aircraft are part of the 312A Naval Air Squadron based at Arakkonam in Tamil Nadu.

Drones for the Indian Navy

According to sources, “When the next Defence Acquisition Council meeting takes place the deal for procuring 10+10+10=30 drones from the US based General Atomics is expected to be on the agenda. The 30 drones deal worth approximately USD 3 billion are for the three services.”

The MQ-9 Reaper or Predator-B High Altitude Long Endurance (HALE) drones, have already been approved for sale to India by the US administration. The drones will have different configurations as the payloads for each service is different.

Last year the Indian Navy had leased two Sea Guardian drones from the US Company during the ongoing stand-off between the armies of India and China.

How will these drones help in the surveillance of the Indian Ocean Region (IOR)?

The Indian Navy is already using the P-8I for the carrying out anti-submarine warfare and surveillance, once the Sea Guardians are inducted, equipped with missiles and radars are going to further strengthen the Navy’s maritime reconnaissance. With these drones the navy will be in a position to further expand it’s monitoring of the IOR, and carry out surveillance of its coastal boundaries and assets.

How will these help the Indian Navy?

Eyes in the Sky is going to add more to Indian Navy’s prowess in the sea. And, another critical aspect that needs to be highlighted is that the QUAD (the US, Japan, India and Australia) are already operating P-8I, and the MH-60R helicopters. India is not operating the MH-60R and is awaiting its arrival, interestingly, all the QUAD countries are interested in the Sea Guardian drones.

Once the Sea Guardians join the Navy, they will fly in sync with the P-8i, the MH-60R helicopters.

All the three are from the US based companies and since in 2018 both Indian and the US have inked the Communications Compatibility and Security Agreement (COMCASA), all the US origin platforms will get encrypted systems. This will further improve their capabilities, as this will take the interoperability between the three assets to the next level. And, when joint exercises take place not only with the US, but with the QUAD and the next Malabar exercise, the drills will be

Milind Kulshreshtha, C4I, tells Financial Express Online, “MH-60R are multi-mission maritime helicopters designed for Anti-Submarine Warfare (ASW) and Anti-Surface Warfare (ASuW) with the C4I capabilities. The operational capabilities of such airborne assets are enhanced multi-fold when they operate as a part of the Fleet Task Force at sea. These specialised helicopters have the capability to engage targets which are even over-the-horizon.”

According to the C4I expert, “P-8Is themselves are an advanced airborne platform with in-built inter-operability capabilities, making them a multi mission aircraft with C4I based Concept of Operations. The P-8I aircraft possess air borne Anti-submarine Warfare (ASW) capabilities and can detect unknown submarines and ships lurking in the waters. It can also launch submarine detection sonobuoys (active and passive types) as part of ASW operations to even find the submarines which are below the water surface.”

“In a well-coordinated manner, during the Fleet operations, P-8I and MH-60R can jointly provide the ASW screen cover to the fleet ships. ASW air assets are essential for any fleet moving on the high seas, else the Fleet ships are vulnerable to a surprise underwater attack by a stealth submarine of an adversary. The aviation units can open out to ranges which are farther beyond the warship’s on-board sonars, and provide a better submarine detection probability. Thus, these air assets provide an ASW screen, with an intent to detect and neutralize any hostile submarine before it closes-in to a range conducive for it to fire a torpedo. For example, a P-8I can not only detect a target, but can classify and attack it by using on-board torpedoes and depth charges. The aviation units like P-8Is and MH-60R are platforms to not only detect subs, but also fire torpedoes to destroy them well before these targets even pop up on the sonar display of the fleet ships,” Mr Kulshreshtha, explains.

“As the MH-60R helicopters can participate in operational missions as part of the Fleet Task Force deck launched assets, a digital communication over a secure encrypted data link channel is essential within the net-units. Hence, the Tactical Data Link between the participating warships/submarines of the Task Force and aviation assets is established. As and when the land launched P-8Is fly in to participate within the Fleet Task Force operations, a tactical data-link connection is established with the P-8I maritime aircrafts and this makes these aircraft a part of the net-units which is now controlled by the Flagship. With this, now the MH-60R and P-8Is can share the Common Operating Picture (COP) in real time manner so as to plan and execute missions with a shared objective, in close coordination with the warships of the Task Force. Thus, the Fleet Commander now has a better tactical picture to improve the effectiveness of the resources at his disposal at sea,” he adds.

“When the Indo-US Communications, Compatibility and Security Agreement (COMCASA) to enable interoperability between U.S. and Indian Armed Forces shall be implemented, the MH-60R, P-8Is and Indian Navy warships would be able to operate as part of the digital network of the QUAD Navies, with NATO specified protocols compatible to US Link-22/Link-16 data link,” he concludes.